4 New Practices I’ve Adopted To Reach My Next $1,000 Savings Goal 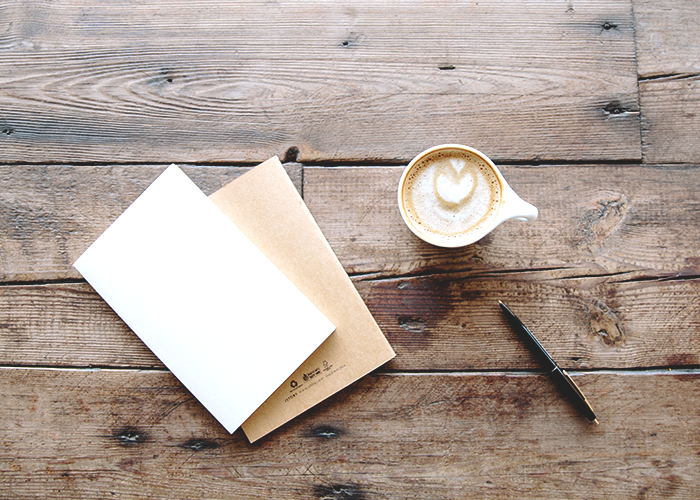 Syllabus week is over, and the week after syllabus week that I like to pretend is still syllabus week is also over (boooo), which means that the semester is truly in full swing now. With that, my #goaldigging is starting to peak as I get into Intense Work Mary Mode (which I pretty much have to, as all other Mary Modes are not great at accomplishing six courses worth of schoolwork). My savings goal for this semester is to tuck an extra thousand dollars away before the New Year, and I am well on my way to it.

But, as with any plan, it has had to be adjusted to the way my real-life schedule has turned out to be. It was easy to make plans and set guidelines for living/saving beforehand without knowing what my new schedule was going to actually look like once I got into the swing of things. I’ve had to adjust some of my little rules (and add some new ones) to make sure that my savings plan was fitting in with my lifestyle and staying accessible rather than being so unattainable that I’d be set up for failure. So far, these four tips are the ones that have been the most significant in helping me maintain my sanity while allowing me to consistently tuck away a pretty good amount of cash. These four things, along with the tips from my original savings plan for the semester, will help me reach my goal with ease -– and hopefully surpass it, like I did with my summer savings goal.

My brother and I both go to the same university about 30 minutes away from home. We’ve never really had schedules that matched up, but this semester, we’ve been able to carpool about four days a week. That means each of us is cutting our personal driving time in half and subsequently cutting down our gas spending. His classes start earlier and end later than mine, but I treat those extra morning and afternoon hours that I have to spend on campus as built-in work time where I get extra writing and planning done, or work on class assignments. If I wasn’t there, I’d likely be at home dicking around or trying to get extra sleep in the morning. But the carpool saves me money and seriously increases my productivity.

2. Allowing myself a strict coffee budget, instead of restricting completely or not at all.

I’ve chosen recently to kick the idea that it is a sin to buy a cup of Starbucks on a sleepy, chilly morning. It makes me happy, and if my happiness costs me $2 every few days, I can live with that. I’ve decided to give myself a strict coffee budget to keep it from becoming chaotic, because if I just told myself ‘Okay Mary you can spend money on coffee now!’ I’d probably go into debt. In fact, I mentioned to my boyfriend the other day that I think Starbucks should offer a store credit card, and he basically told me that was the stupidest idea ever (and he is absolutely right). So, I don’t allow myself to charge lattes I can’t afford. I tell myself I can get a cup of coffee two days a week, and I can pick the days. I low-key plan my week around the days I will buy my coffee. It is sad, but it feels like a huge win when I have that hot cup of blessed liquid in my paw, so I guess it is totally worth it. I think it is saving me money, too, because when I restrict myself too much, I usually end up going rogue at some point and buying all of the coffee.

3. Carrying around my external hard drive instead of my expensive laptop.

I wrote a bit about my recent huge laptop scare (and the subsequent five laptop-less days I spent while it got repaired). Well, it didn’t end there: this weekend, the freshly-repaired $1200 computer stopped working again and I had to return, sobbing, to the Apple store begging them to help. They decided to just swap it out for a new one since it has broken twice already since I purchased it, but I can’t help but be terrified now that I’ll break the shiny, brand new one I’m typing on right now. Although that whole situation was resolved quickly (and for free!), I was panicked for a few days thinking I might have to buy a new one, and it did get me thinking a lot about how I treat my expensive belongings. It was easy as a child to toss around my toys without worrying if they broke, because I didn’t spend money on them, and it was easy enough for my parents to fix or replace whatever I ruined.

But there comes a moment of clarity in early adulthood where you realize that your shit isn’t invincible, and if you want it to last, you need to protect it. This means keeping your goddamn cup of coffee away from the keyboard, getting a case for your iPhone, and in my case, not being reckless as hell about traveling with a computer. My laptop is so light and thin that I always feel like it is totally-fine to throw it in my bag and drag it wherever I want to go just in case I decide I want to work on something while I’m out. But after seeing how fragile the thing truly is, I’m feeling a lot more inclined to leave it at home unless I really really need or want to use it in public. I’ve taken to backing all of my unfinished/in-progress documents up and just carrying around my flash drive or external hard drive to plug in to a library computer if I am feeling inspired to work on something during the day. Otherwise, I’m sticking to using my laptop only in safe, designated spots –- like my desk.

4. Strict avoidance of most places where money can be spent.

A fun fact about me is that I live exactly two minutes from a shopping mall. This is a blessing and a curse, because while it is awesome that I can pretty much walk to Target if I need to grab something at any given moment, it also means that I’m way too in-the-know about whatever sale is currently going on at Banana Republic, and it is dangerous that all of those stores are so easily accessible to me. It is so easy to get distracted from the fact that I just needed to stop by the mall to buy deodorant, and end up going home with 30 things I didn’t need. It is also so easy to just pop over when I’m bored or in a bad mood to try and entertain myself. But I’m seriously strictly avoiding the joint now. In fact, when I was dealing with all of the computer madness at the Apple store today, I made sure I only gave myself enough time to run in and pick the computer up before I had to leave to get to class on time. If I’d gone any earlier, I would have spent the rest of the morning wandering around and probably would have left with some weird item I never needed, like a jigsaw puzzle or a pair of Moon Boots.