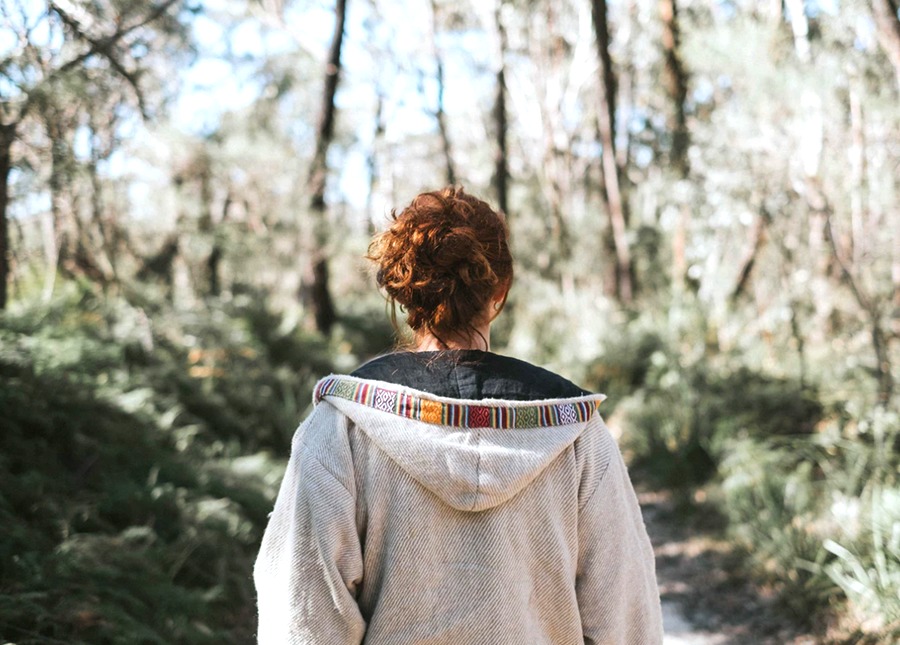 I’ve never been a big spender. I’ve always been a frugal person, but unfortunately, I had many misconceptions about money when I was younger. I believed that debt was a necessary evil and a “normal” part of life. I didn’t think it was possible to get a four-year degree without student loans.

The biggest mistake I ever made was taking out $40,000 in student loans to finance my bachelor’s degree. I told myself that if I didn’t go to college, I’d be flipping burgers for the rest of my life. I now know that’s not true, but hindsight is 20/20. I had a hard time deciding what to major in because I only excelled at impractical subjects.  I eventually landed on psychology even though I knew it wasn’t the best choice for me. I considered getting my doctorate degree in psychology, but I couldn’t bear the idea of taking on another five years’ worth of student loans. Instead, I decided to pursue a master’s degree in Human Resources. It seemed like a more affordable, realistic path.

I didn’t think I’d be able to land a solid job with a bachelor’s degree in psychology, so I told myself that pursuing a master’s degree in business would make me a more marketable job candidate. It was ironic. I was afraid of trying to pay off $40,000 of debt with a crappy job, so I took on another $35,000 in student loans to pay for graduate school. It seems crazy to me in retrospect.

After finishing grad school, I had a total of $75,000 in student loan debt, and my payments were $816 per month. My first full-time job came with an annual salary of only $30,000. Nearly 50% of my net income went to my student loan payments. I was drowning in debt and I wasn’t sure what to do. During grad school, I had worked in a high-paying research assistant position and had managed to save $15,000. Putting that money toward my student loans would have been a smart idea, but that’s not what I did.

My then-boyfriend and I became engaged during my second year of grad school. Rather than having a small, cheap wedding (which is what we should have done), we decided to have a “normal” wedding. We wanted to keep things budget-friendly but we also wanted it to be “nice.” Our wedding had 100 guests and cost us a total of $12,000…which wiped out the majority of my savings.

Thankfully, it was shortly after this that I finally had an epiphany. My husband and I had a grand total of $117,000 in student loan debt between the two of us. We felt frustrated and stuck. I started reading personal finance books and websites, and I learned everything I could about the debt snowball approach to getting out of debt. We learned to live below our means, side hustle, and avoid debt. Even though we started making better decisions at this point, we still made a few mistakes along the way — which brings me to my next two points.

When my husband’s car was close to the 200,000-mile mark, the transmission died (once again). We didn’t want to put thousands of dollars into a car that was already so old and didn’t have much life left. On the other hand, we couldn’t stand the idea of taking out a car loan because we had committed to living a debt-free lifestyle.

We decided to buy a Smart Car for $4,000. We carpooled to work for a few months while we saved up cash as quickly as we could. We paid cash for the Smart Car and felt proud of how responsible we were being…until the car’s engine died nine months later. The cost to repair the engine would’ve been more than we paid for the car itself. If we consider the fact that we only had the car for nine months, it essentially cost us $444.44 per month to own that car. It turned out it wasn’t an affordable choice after all!

We then sold the Smart Car and took out a car loan for a $10,000 Mini Cooper. We hated the idea of having a loan, but we paid it off in less than four months, and the Mini has been a reliable vehicle that we hope to have for many more years to come. From this experience, we learned that there are times when it might make sense to take on debt as long as you pay it off as quickly as possible. Sometimes being too cheap can backfire.

My dislike of debt motivated me to avoid credit cards for years, and it wasn’t until I was 28 that I finally got my first one. My husband and I are planning to buy our first home soon, so we need to have a good credit score to can snag the best interest rate possible on a mortgage.

Our credit scores were actually surprisingly good for a while (thanks to our numerous student loans), but as we paid off debt and kept closing accounts, our scores took a nosedive. I knew it was time to get my first credit card. Still, I stubbornly resisted for a while even though I had no objective reason to do so. My aversion to credit cards was purely emotional. After I finally bit the bullet and signed up for my first card, I was pleasantly surprised by the experience. I’ve improved my credit score, earned cash back, and I pay the balance off in full each month. I haven’t wasted a penny on interest.

I learned once again that personal finance is not always black and white. Sometimes taking on certain types of debt can be beneficial. It’s important to consider what is best for you and your unique situation.

From these experiences, I’ve learned to keep an open mind, explore different possibilities, and to make decisions based on facts instead of emotions. I’ve learned that personal finance isn’t always simple and I’ll never make perfect choices with my money. All I can do is make the best decision possible with the information I have at the time. Sometimes it’ll work out well; other times it won’t, but that’s okay.  What matters is that I’ll learn from my mistakes and make better choices in the future.