4 Sex Workers Answer On How Much They Actually Earn 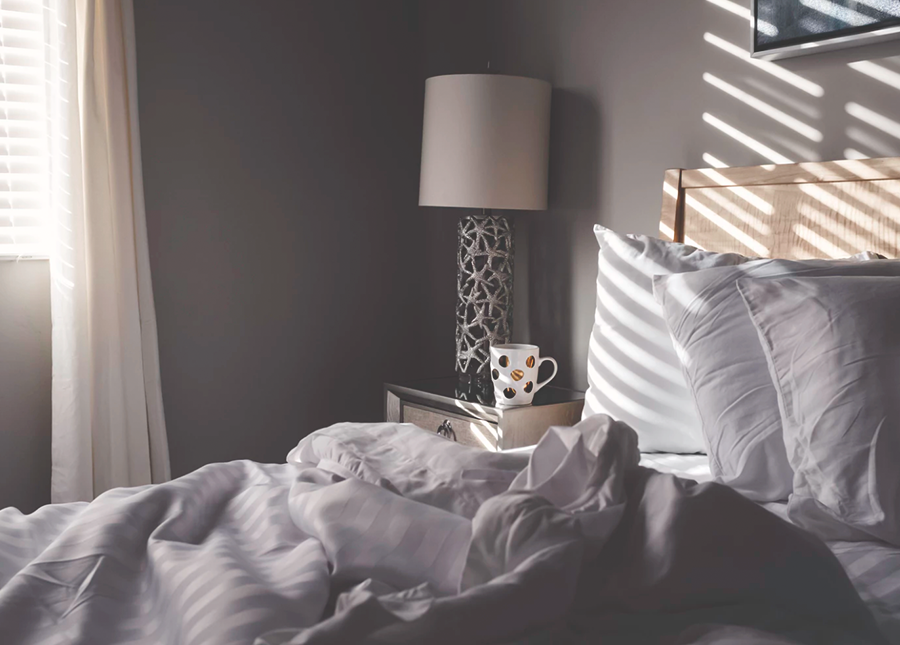 Sex work is work, and work is hard. Compound that with the taxing nature of working with one’s body, clientele, and the stigma attached the work, and I’m willing to bet that sex work is among the most draining professions a person could choose to take. Sex workers are treated as a morally corrupt monolith, and if not morally corrupt, then pushed to these extreme lengths only by the worst parts of humanity — abuse, poverty, trafficking. As if these material conditions aren’t burdens of capitalist exploitation resting upon the shoulders of all of us. As a result, sex workers are viewed as beings needing to be saved, rather than the workers seeking rights, productive and protective unions, and support through the workforce that they actually are.

As sex work becomes more and more attractive as some of the stigma has been lifted through the sex-positive movement, more people flock to it with the misconception that it’s an easy way to make significant money. People think it’s as easy as selling a couple nudes, making a Seekingarrangement account, tweeting “I should just be a stripper,” spending a couple extra dollars on “self-care” to entice rich men into throwing $500 their way. What wannabe sex workers are not prepared to encounter are johns who want to haggle on prices, johns who drain the spirit with the same eagerness as fluorescent lights, johns who want to push your every boundary until the work proves to not be easy as it was made out to be. And why do johns haggle? First and foremost, they don’t respect workers enough to value their time as quoted by the worker. Given their higher societal positions, the same people who haggle with sex workers are probably also likely to haggle a plumber. But also, under society’s constantly reinforced impression of easy money, johns are led to believe that every sex worker is rolling in dough.

I spoke with several sex workers (and included my own experiences) about what they/we make, how we make it, what we report, and what we do not.

I make about $400 a trick, and it is just my side hustle. I add $50-100 if a john wants to push my boundaries, and in general, that means anal. I’m willing to do it but never without additional incentive. I have never had unprotected sex with a client, and there isn’t a fee I’ve met yet that would let me reconsider. I do not sleep with women or femmes in sex work, because I love them too much, I think. For whatever reason I could or couldn’t muster, it’s always been easier for me to compartmentalize with men. I couldn’t calculate what I make in a year, because I truly do not keep track of it.

Being a freelance writer, all of what I make writing goes toward paying my bills. If I want savings, I have to hustle some sex work. If I want to buy some new clothes, I have to send a new photoset of nudes and foot fetish work to my least favorite client…because he pays well. I do not file any of my sex work on my taxes, and I deal primarily in cash, Circle Pay transfers (a sex worker-friendly money transfer app), and the occasional and risky use of Venmo or Cash apps.

I’ve burned out on sex work a number of times and have had to take six-month breaks in order to get back. I’ve had to make financial sacrifices over and over again in order to put myself in a position to one day make more money. Some days I hate the work I’ve chosen for myself, while other days I have a client who pays so well, who takes me to somewhere so cool that I wonder why I even continue to write. Like any job I’ve had, there are good days and bad days — and sometimes more bad than good.

I work with an agency. Prices vary by region and typically rise every 10 years or so to match inflation, but we keep in mind the industries we serve and occasionally have to adjust ourselves during recessions (i.e. unemployment for our clients who are oil workers).

I started working in Manitoba, which has the lowest rates in the country, only $160 ($130 USD), and moved to Saskatchewan this past year to earn $200 ($162 USD) an hour. I am planning on moving back home and it is planned that we’re raising prices in 2018. I’m investing a lot of money in myself this year including breast implants and some facial surgery so that I’ll feel more justified in demanding higher prices. I’m planning on spending $20,000 ($16,223 USD) in cosmetic surgery this year, but am hoping to see my annual income increase by at least $15,000 ($12,167 USD) per year thereafter. I don’t like the amount of work involved with independent, and I think that the stress of maintaining a residence to work out of wouldn’t be worth it. By working with an agency, I avoid paying overhead costs — a good agency will factor in the cut they take into the price. For example, I am given $240 by the client but pay $40 to the company; I don’t feel that the company is taking the $40 from me, but rather the customer is paying my fees for me and I get to keep my entire $200.

Most people love a nice massage; some clients have very specific and sometimes nonsexual fetishes; some just want my company. I have some regulars who I’ve never even kissed, let alone slept with!

About 70% of my bookings require me to get the train to another city or town, so for that, I just add whatever my train fare is to the final “total” (I make this clear to clients before they book me). I rarely wear any makeup (just a bit of concealer If I get a spot or look particularly worn out). However, I do get my hair cut and colored once a month, which is usually about £70-£100 ($99-142 USD). Gym membership is £50 ($71 USD) per month, a spray tan every month at £25 ($26 USD), my phone bill is around £50 ($71 USD) per month. I have a thing for expensive clothes and shoes, too; I end up buying a pair of really nice shoes over £500 ($710 USD) at least once a month. I also take ubers virtually everywhere as I don’t drive, I smoke cigarettes, drink almost every day, use recreational drugs from time to time, and take a lot of foreign holidays. I wouldn’t call any of this “overhead,” as it isn’t essential for my work. Just necessary perks to continue doing what I do.

My friends and partner know what I do and I make it no secret to them. But my parents and family do not know. However, if anyone ever tried to blackmail me and threaten to tell my family, I’d probably beat them to it. They’d be upset, sure, but they wouldn’t disown me. We have a good relationship. I am paid 90% cash-in-hand, 10% Pay-Pal or Western Union, and I do not file taxes.

Sex work is where 100% of my money comes from. It just takes place in different forms. So regular day-to-day escorting is probably 70% of my income, seeing “Sugar Daddies” from online websites (which is basically just a fancier, more drawn-out version of escorting) is about 25% of it. The remaining 5% comes from my financial domination twitter account (they send tributes, buy wishlist items, send envelopes of cash), but that doesn’t require me to actually sleep with anybody, just necessary online flirting.

I have worked for 99% of my career without a pimp and would never sell my body to give someone else the money. However, at the age of 18, I did have a pimp for less than a week alongside a 19-year-old male sex worker he managed, and we shared a micro-brothel/cheap hotel room in London. I left that setup just as poor as I entered it in. I had to stowaway on the train to get home and had exactly £6 on me when I left.

I charge $500 per hour for GFE (girlfriend experience), then $700 per hour for PSE (pornstar experience); though I am through an agency, which means I only make 50% of what we charge plus any tips I receive (which are very few). I do my best to regulate a monthly expenses plan based on my monthly average. If I make more, that is put to the side for any situation or period when I don’t have any clients. I have additional expenses for clothes and transportation. I only do outcalls, so it can get pricey. The type of clients I receive enjoy high-end fashion, which can get really pricey.

As lucrative a job this is, I have not told a soul. Everyone thinks I’m some form of consultant. I do not [file taxes], so I basically have a ton of cash in a lock box and try and work around the system as best as I can. I used to be a banker, so I kind of know the loopholes. It used to be a side hustle, but I became very busy to a point where I was basically working almost eight hours a day. So I quit my old job and opened my availability up.

Since then, sex work has covered 100% of my expenses, but there are dead months where I won’t even make what I make on average, so I do small side jobs to stay afloat if needed.