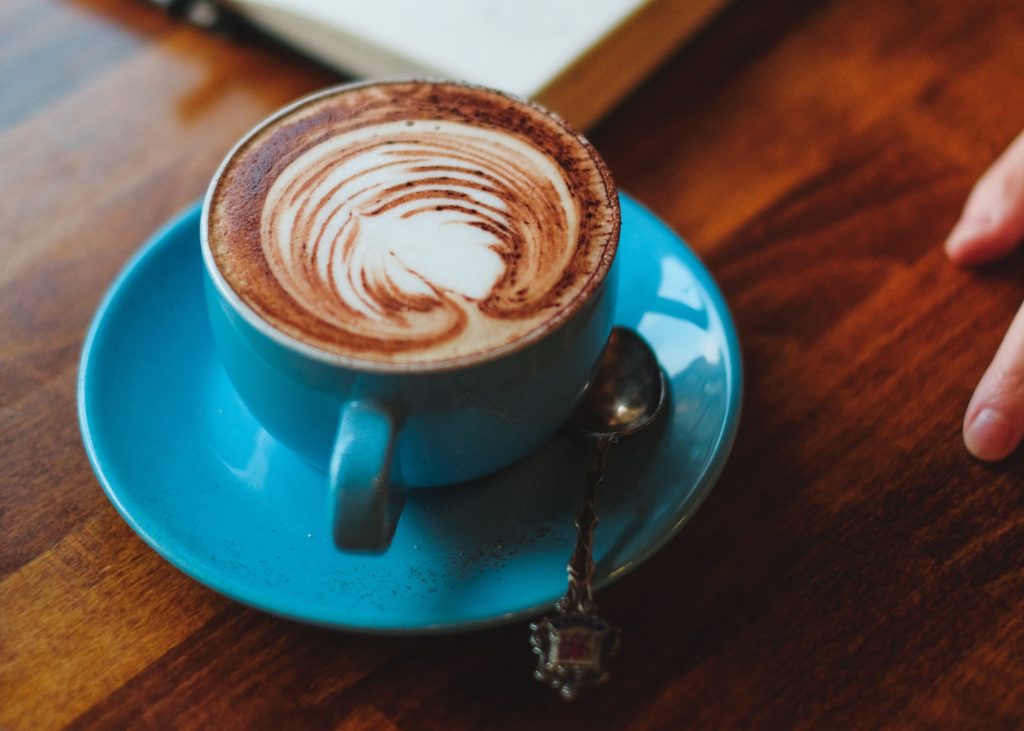 The much-touted “latte factor” has kept many a cash-strapped gal from enjoying their weekly latte or occasional entertainment splurge in pursuit of saving money. However, when I tried to cut my budget down to the bare bones a few years ago in an effort to pay my student loans off faster, I found that forgoing life’s little pleasures make me grumpy and stressed. It felt like constantly being on a diet, and I was derailed way more often than if I’d just made room for treats while living on a budget. By easing off starvation mode, building in latte money, and figuring out other ways to make extra cash, I was able to save more and live a little in the process. Here’s what I did instead of giving up fancy coffee.

1. Get A Side Hustle

I’m going to state what many of us are realizing–it’s not the latte factor that’s killing our budgets and jeopardizing our finances, it’s the fact that women are paid less than men, and that we are also more likely to work in lower wage jobs and industries. With a bit of back-of-the-envelope math I quickly figured out I wasn’t going to pay off thousands of dollars in student loans just by saving less than $200 a year giving up my weekly $4 latte–I needed to bring in more income as well. I started reaching out to friends and my network to find side hustles. I began babysitting regularly for a few different families, I picked up some freelance ad copywriting gigs, and I registered with an online survey company to give product input and ad feedback. Looking for places to make more money helped me survive on a micro-budget. I also looked for professional development opportunities at my full-time job so that when the time was right, I had the skills and experience to get a promotion and raise. All of these made me feel like I was actively doing something toward my goal instead of just sitting around trying *not* to spend money.

I got paid on the last working day of each month, so I would spend the entire month mentally adding up all my expenses and then, on payday, I would pay everything off and see what was left to be put into savings and toward my student loan beyond the minimum payment. This method had me going into every nonessential expense with a starvation mindset, thinking that every penny I was spending was money that wasn’t going toward my loans. This made it hard to enjoy anything, even my much-beloved Monday morning lattes. I kept tallying my budget over and over, thinking “How can I survive on less money?” Then I had an epiphany. Instead of adding up expenses all month while waiting for this big lump sum at the end of the month, I could just reverse the process mentally by starting with my whole paycheck, subtracting rent, savings, and an aggressive loan payment, and then deducting each expense as it came up. I honestly don’t know why it took me so long to figure this out, but paying myself first and then allowing myself to spend what was left really changed my mindset.

3. Learning to Live on a Budget

Even as a fairly disciplined person, having absolutely no room in my budget for fun was hard. I had the brilliant idea that my boyfriend and I should do a “no spend month” one year, in February, and it was the bleakest February ever. The skies were grey, my social calendar was almost empty, and I was practically crawling the walls every night because it seemed like everything fun cost at least a little bit of money and thus wasn’t “allowed”. After 28 days of misery, I realized I needed to learn to live on a budget that included allowances for fun. Paired with my new “pay myself first” plan, I started allowing myself to spend money on fun stuff again. I quickly realized that while most entertainment does cost something, it doesn’t have to be outrageously expensive. Five dollar movie Mondays at the local theater, half off happy hours at the place down the street from my apartment, and an occasional breakfast out instead of a pricey dinner were all well within my budget. They also kept me happy and gave me the opportunity to see friends beyond the old “Do you want to come to my house and watch movies I checked out from the library?” trick I’d been employing for all of Frugal February.

Student loan debt sucks, but it wasn’t a life or death situation, and I tried to regularly remind myself of that. I had a good, stable job and I was able to make my monthly payments ($270 was my required minimum) and could even afford to throw extra money toward my loans every month. While I had $25,000 in student loan debt, which is just about the national average, there are people out there who are paying off far more, and who have trouble just making both their loan payments and their rent or mortgage. So even though I had an aggressive goal to get mine gone within five years of graduation, I knew that if it took me longer, it wasn’t the end of the world. I could live on a tight budget and still enjoy life. When I had a minor setback, like owing taxes one year instead of getting a refund I was going to put toward debt, I reminded myself that I could be much worse off financially. Keeping that perspective definitely helped when my plans got derailed.

In the end, by using these tips I was able to pay my student loans off in less than five years from the time I graduated. I learned what worked for me, what didn’t (never again, Frugal February), and how to adapt these lessons to a new budget once I was debt free. I also managed to have a little fun and enjoy my weekly fancy coffee, guilt-free. How do you live on a tight budget? What’s the one treat you couldn’t give up?