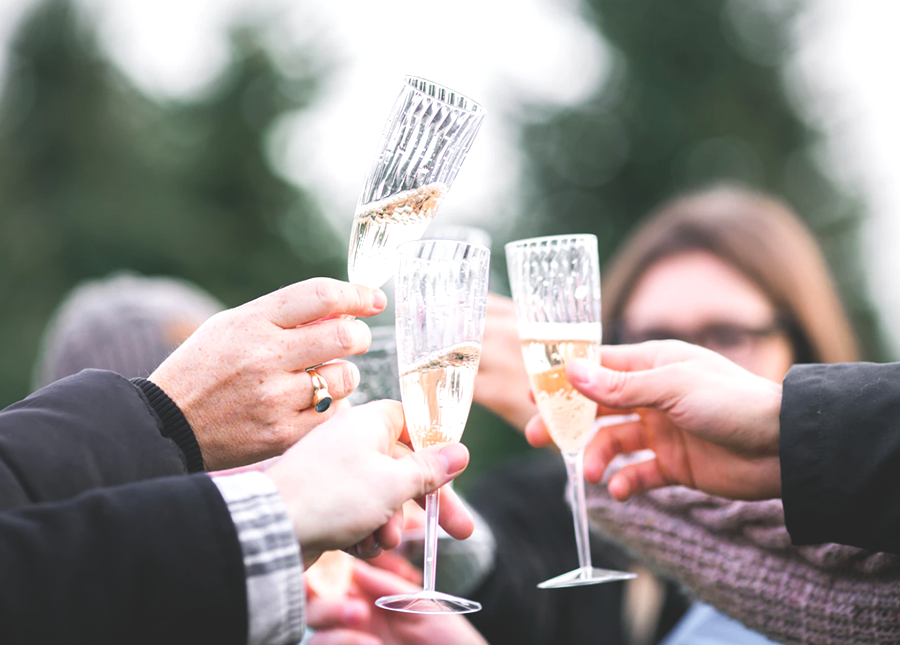 After a long time of on-and-off job hunting, this week I received and accepted an offer for a new job! I’m beyond excited to move on to the next phase of my career, not only because I haven’t felt fulfilled in my current position for quite a while, but also because this new company is offering a significant increase in pay. And when I say significant, I mean a more than 40% bump. I honestly can’t even conceptualize how much that will impact me month-to-month, but I know it’s going to be a huge change.
Since graduating from college I have worked in book publishing, a famously low-paying industry. Combine that with the facts that I didn’t understand or feel comfortable negotiating as a 22-year-old new hire, that my current company — a major international publisher — is notorious for low starting salaries and being stingy with raises, and that I live in New York City, and you can imagine that I’ve spent the past five-and-a-half years living paycheck-to-paycheck. It’s exhausting, and to be honest, it’s also a bit embarrassing to be further along in my career than most of my friends, but making the least amount of money. I couldn’t be happier to finally be working for a company that will pay me a living wage.

But there’s one nagging fear in the back of my mind that has accompanied this incredible news: How will I combat lifestyle inflation? By my understanding, lifestyle inflation means that you may imagine you’ll have so much more money available to you after a large pay bump that you can actually start to save and do the things you’ve been putting off because they weren’t affordable, but once you start seeing the bigger paychecks roll in, you will likely increase your everyday spending accordingly and end up being in a similar position as you were before. Everyone I know who has experienced a serious positive change to their income has told me the same thing: “Everyone thinks they won’t succumb to lifestyle inflation when they start making more money, but you always do.”
It seems odd that I should be nervous to have more money, but after living so frugally for so long out of necessity, I am a little nervous that I will mismanage the raise and not put the extra cash to good use. So I’ve made a plan to make sure I don’t fall prey to this phenomenon:
(For context, my current annual salary is $38,649 and my new salary is $55,000.)
1. Keep some perspective.
New York City is the second-most-expensive city in the country, and in all honesty, $55K is not that much in the grand scheme of things and will not go as far here as it does in most other places in the U.S. Don’t get me wrong — I know my life will get much easier financially after this change, but remembering that I still choose to live in a very expensive place will help me reign in my spending. Additionally, my student loan payments are going up by ~$60 starting this month (I have an income-based repayment plan, which is calculated each year by the previous year’s salary, so this isn’t even taking into account the new job) and my rent will go up by at least $200/month when my current lease ends in June and I move apartments. The knowledge that my expenses are also increasing is a good motivator to keep other costs low.
2. Continue with current cost-effective habits.
Two major areas where I am prone to overspending are food and books. Over the past few months, I have been meal prepping so that I have healthy food to bring to work for lunch (and sometimes dinner too). This originally started as part of my plan to get healthy and lose a bit of weight last year, but it also seriously impacted my wallet, since most days during the week the only thing I was spending money was lunch. I’m hoping to continue this trend even after I start the new job — once I figure out the fridge situation at the new office, that is.
I’ve also made a concerted effort to start going to the library more instead of buying books (I have a small apartment and an already-overflowing bookshelf, so this helps in other ways, too). Though I may allow myself the purchase of a new book or two as a celebration, I’m planning to keep that to a minimum and will continue to use the library and the books I already own for the bulk of my reading this year.

3. Put more money into savings.
I do have an emergency fund/savings account that currently has about $6,500 in it (thanks to my grandparents who gave me some kick-off money when I graduated college, and some relatively large bonuses in the past two years). I recently had to dip into it to pay off some larger credit card bills that I accumulated after a week-long vacation in the fall, so I am working on replenishing it to its former glory with an automatic deposit from my checking account of $100/month. I also plan to increase that deposit by $100 this year to build up my savings faster. I’m a bit ashamed to say that I do not have a 401(K) at my current company (again because I didn’t understand anything at 22), so I will immediately open one when I start my new job in two weeks, which means more will be taken out of my paychecks for savings before I even see them.
4. Don’t get too comfortable.
I was already in the process of becoming a certified dog walker with Rover.com for some extra cash before I got my job offer. It would be really easy to think, “Oh, I don’t need a side job anymore now that I got a big raise,” but I am still finishing my certification and I am going to walk dogs when I can, because I still have five figures of student loan debt and there is always more that I could be doing to pad my wallet — and making more money does not change that.

I’m looking forward to feeling less stressed about money in the coming months, but I hope that these steps will keep that stress from creeping back in!
Hayley Jennings works in Publishing and lives in Brooklyn. She loves reading, coffee, dogs, and burritos.