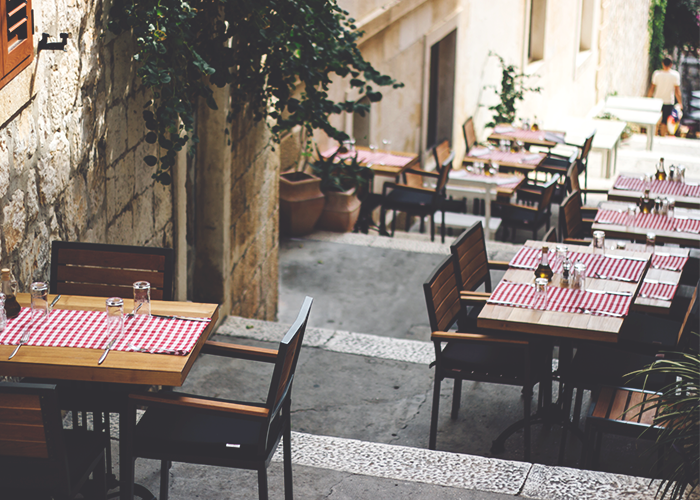 These are things you don’t talk about at the dinner table. But if you were like my family, we didn’t talk about them at all. Maybe religion on Sundays and politics every four years, but money? Never — children should not be burdened by the family finances.

Fast forward to present day: I’m 27, married, and just bought a house. My mom dropped the bomb on me last week that she’s being foreclosed on in less than three months. She also shared that the process has been going on for nine years, but got serious eight months ago.

I was in complete shock.

To put it into perspective, I’ve spent the last five years trying to help my mom with her finances. I knew they’d gone downhill since my dad’s death in 2006, but I’d never gotten any straight answers. I bought her easy reads on retirement

and increasing income, I sat with her through Financial Peace University

(while this situation was escalating), and suggested she sell my childhood home for something more affordable.

I asked her questions, and the answers never fully added up. She offered to give us her washer and dryer for free, saying she’d rather use the Laundromat. She asked to take the boxes from our recent move for a random friend. I even saw her house on Zillow while we were looking to buy, and it read “in foreclosure.” She said the website was incorrect. When she did finally bring me up to speed on what’s been going on, a scenario that could’ve just been an inconvenience, if we’d worked together on it over the past few years, is now a mess that I have to clean up. All because of this culture of “we don’t talk about money.” By lying to me, she made things so much worse.

Millennials are at a point where in order to take care of ourselves, we have to start thinking about taking care of our parents, whether they deserve it or not. It doesn’t mean I’m letting my mom move in with us or paying her future rent, but I’m establishing habits in our relationship now so I’m protected in the future.

To hell with the idea that “polite adults don’t talk about money.” I think we should talk about money everywhere, but if you can’t at least talk about it at home, where are you supposed to talk about it? In fact, you’ll probably need to hire a therapist if you don’t, so save the money by starting open and honest conversations now. Sure, there are ways to look like a jerk talking about money, but there are also constructive and lighthearted ways to do it. I believe the best way to encourage someone to develop better habits is to talk about your own wins and losses. Like “I made a big student loan payment this month” or “I forgot a bill and totally screwed up my budget.”

Some parents are travel agents for guilt trips. Passive aggressive text messages, reminding you how hard it was to raise you, and assuring you this is the last time they’ll ask you for money, and they will definitely pay you back this time are just a few of the lines I’ve heard, personally and from friends. Know that their financial situation is in no way your fault. No matter what it cost to raise you, if they put you through college or if you still live with them, their money is NOT your responsibility. Parents give their children money, credit cards, and other material items of their own volition (though whether the amount is appropriate is another topic entirely).

Don’t be bullied or guilted into giving more than you’re able. Prioritize your financial and emotional state, then give your money and time accordingly. And never give money directly to your parents. If they need a bill paid or to buy something, then you pay it or buy it. This way, you know where your money is going, and that you’re getting the best deal.

If you want a good book to read on this subject, I highly recommend Boundaries

by Henry Cloud. It covers boundaries in relationships, family, work, etc. If you feel overwhelmed and overworked, you might benefit from it.

Our parents get a lot of financial flack for the recession, with good reason. But so many were suffering from a lack of financial knowledge, which wealthy companies were capitalizing on. To an extent, I think millennials can relate. We’re labeled as having a collective poor work ethic and entitlement, when in reality, we had to start from a point far from the platform baby boomers launched from. I love this article by Sarah Kendzior on Quartz about the myth of millennial entitlement being created to hide the mistakes of our parents. It’s not all pointing fingers; she explains instead of the media vilifying each generation, our struggle is actually the same:

There are plenty of older people with few retirement savings, with their finances drained from paying for both elderly parents and jobless children. We need to acknowledge the way our struggles are intertwined, instead of allowing the media to stoke manufactured class and generational resentment.

So while it’s okay to be angry, give grace to your parents. Their generation was much more isolated, openly judgmental, and oblivious to what was to come in 2008. We all have our own struggles, and while they are different, they often have similar root causes.

In the end, you can do all these things, and see no positive changes in your loved ones. The only person you can change is yourself. If you break the cycle in your own family, you’ve won. Even if you have to pay for your parents’ financial mistakes, your children won’t have to pay for yours.

Jeff Rose, a financial planner, author, and blogger behind Good Financial Cents, explains how to not make you parent’s financial mistakes. One way is to educate yourself on finance through classes and blogs. There’s no shame in undergoing a course about money management. And if your family won’t listen, talk about money with your friends; you might find it’s less awkward than you’ve been led to believe.

Have you experienced financial stress due to a parent’s mistake? What have you done to break the cycle?