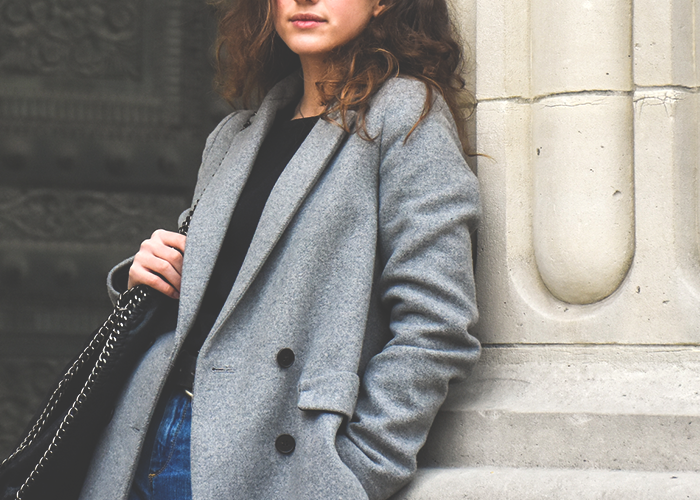 Self-awareness is overrated. It’s one of the many things Hollywood has been lying to us about all these years. You know the movies where the insanely beautiful yet obviously imperfect main character has a split second of self-realization, and their life is instantly changed for the better? Well, shocker, it’s not like that in real life. Or, at least, it wasn’t for me. My sudden moment of clarity was more like a punch in the stomach, and slap upside the head. Thoroughly unpleasant, I assure you.

So, what was it? What was the icky truth this jolt of mental electricity forced me to acknowledge? Well, to put it simply: I’m really bloody boring. I won’t go into the details of how the universe shocked me with this news; the story is as bland as I am. All you need to know is that I’m overwhelmingly uninteresting. And, after serious consideration, I’ve decided to blame my career.

Okay, so that’s not an entirely fair statement to make. It’s not my job’s fault I’m about as enthralling as an empty cereal box. Rather, it’s my relationship with my job that’s the problem. At some point, I let what I do for living start to define me. I allowed it to became such a big part of my life that I failed to grow in other areas. Basically, I’ve come to the conclusion that I’ve been using my career as a crutch. And, in case you need a similar punch in the stomach and slap upside the head, here’s how I came to that conclusion.

1. I only know how to talk about work

Work is my go-to subject matter. I’m that person at a party who will initiate conversation by asking what you do for a living. Yes, I know it can be annoying. Unfortunately, it’s the way I’ve learned to relate to people. It’s my conversational comfort zone. And, if you let me, I’ll bore you with stories about what I do and anecdotes about my office until you mumble an excuse and flee for the sake of your sanity. It also doesn’t end after we’ve begun to know each other; the closer we become, the more you’ll know about my work life. Ask the few friends I still have.

2. I dream about work far more often than I’d like to.

Now, this may not seem like a big deal, but it is. I used to have pretty amazing dreams, or at least dreams that were vaguely interesting. These days, I dream about work. Even my usually over-achieving and slightly unhinged imagination is struggling to focus on anything other than my career. It’s not that these dreams are boring — although there are quite a few mundane nightmares based on my average-length to-do list — it’s just that they all have to do with my job and the people I work with. There is no escape, even in my subconscious. And just like the dreams themselves, this issue with my sleep-time adventures is largely symbolic of my life as a whole.

Sometimes I do have to work overtime. There are weeks when I simply don’t get to everything on my to-do list by close of business on Friday. It happens. But it’s very rare that I’m required to spend all weekend at the office in a deadline-induced mania (which is actually something my industry has a reputation for). Instead, I often plan to do work on the weekends that could be left for the next week. Sometimes these tasks are urgent, and need to be completed as soon as possible. But other times, these tasks aren’t that important and, at worst, will result in my boss sternly asking when she can expect to see the finished results. Even so, I manage to convince myself I have to do at least some work over the weekend, or all hell will break loose come Monday. Then I stress about it, put it off and end up lying in bed watching a series instead. Why do I do this? Partly, I believe, because I want to be one of those people who is known for their amazing work ethic. But mostly, I’ve come to realize, I make plans to work on weekends so I don’t feel bad for not making plans to actually go out and have a life.

4. Worst of all, I base my self-esteem on my job performance.

I’m one of those people who looks forward to performance reviews. When the powers that be decided our company would hold these quarterly, I smiled inwardly while those around me sighed. I like being told I’m good at what I do. No, I need to be told I’m good at what I do. If not, my self-esteem plummets. Which is obviously incredibly unhealthy. Things aren’t always going to go my way. I’m occasionally going to do something to upset my boss, client liaisons, or the people who regulate my workload. Clients are going to give feedback, and sometimes it will be more negative than I expected. There will likely come a time when I receive a bad performance review. I have to be able to deal with this. I can’t let a bad day at the office downgrade my self-worth as a human being. I’ve been using my career as a way to make myself feel like I matter, and that’s not sustainable.

So, what am I going to do about all of this? How am I going to force myself to stop using my career as a crutch? Well, I’m certainly not going to quit my job. It’s a good job, and I enjoy it. Truth be told, I don’t actually have the answer just yet. But I do know that moves need to be made, and I’m currently brainstorming where to begin. It all starts with acknowledging the problem, after all.

Jessica Edgson is a writer who lives and works in Cape Town, South Africa. Her day job is in performance marketing, but her night job (otherwise known as a hobby) is writing about whatever topic is on her mind for a variety of publications.