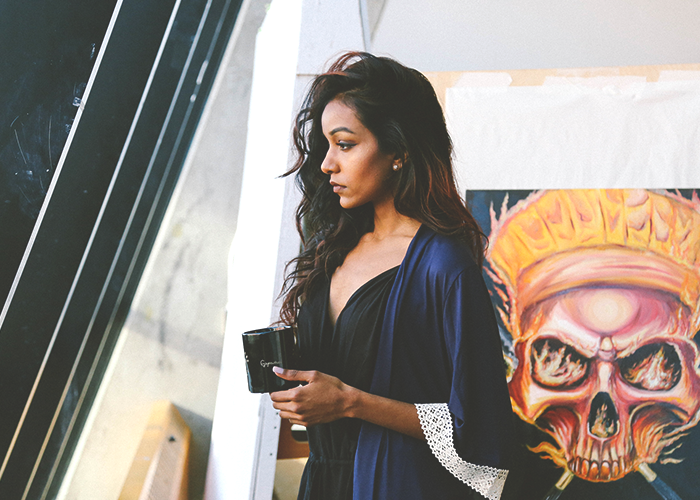 Being laid off is one of life’s biggest curve balls. At least, that’s what it felt like for me. It happened a couple of weeks after I took my first vacation during my time at the company, and one week after my 30th birthday.

Luckily, when I was laid off, it was done very gracefully. I was padded with so many compliments that, by the time they mentioned I was being let go, I almost felt numb. They made it clear that their decision was not performance-based, but due to realignment of budget. I was later told that monthly layoffs continued even after my departure.

Up until this point, I had never been laid off. But what better way to kick off my third decade in life than with a life lesson? Here are a few things I learned:

While it does certainly feel like impending doom, it really isn’t the apocalypse. Of course, this is a hard concept to grasp amid the blinding panic that paralyzes you after being delivered that kind of news. When I was told that my company was letting me go, a flood of thoughts suffocated me.

Why is this happening?

How will I pay for my bills?

What am I supposed to do now?

I’ll admit, I stewed in a victim mentality for the first few days (and still will a little every now and then). But once I absorbed the shock of losing my job, I processed the situation, and looked at things under a different light. Suddenly, layers of work-related stress began to peel off like decay. Oh, that detailed weekly analytic report I stress to get done every time? Gone! But what about those intense client meetings where I’m always expected to churn out golden nuggets of quotable wisdom every single session? Good riddance!

Instead of looking at it as a setback, I gradually adjusted my mentality to accept being laid off as a spontaneous yet well-deserved vacation. Ah, yes. Now there’s the light at the end of the tunnel.

Being laid off felt similarly to having someone break up with me. There were moments of time where self-doubt infiltrated my system. Even though my company thoroughly explained that the decision to let me go wasn’t performance-based, there was still that stubborn seed of doubt that sprouted itself regardless.

This was where I welcomed words of wisdom from everyone in my life. From immediate family, to best friends, to everyone else in between. Even when I wasn’t looking for it, unsolicited advice found its way to me. I still appreciated it, though, because I understood that the words were coming from a good place. On days where my self-doubt was at its highest, I was grateful to know I had such a wonderful support system to help talk me out of my spells. I couldn’t have gotten through this phase without my dear family and friends.

Sometimes losing your job may actually be a blessing in disguise. When you’ve worked in your field for as long as you have, your vision on things may become cloudy. My family and friends were quick to remind me that this could be the chance to switch careers if I felt like it. If my heart wasn’t in it, then what better time to make a career change?

But job hunting in my city reminded me that career opportunities were scarce. For every one position I felt was a great fit, there were a dozen that didn’t align with my professional background at all. It was then that I realized I had to expand my search, and consider other positions that I normally wouldn’t have entertained in the past. Even if I didn’t find the perfect job any time soon, it was nice to know that there are always other options.

4. Your job (or lack thereof) does not define you

I have been employed since I was 17. Whether this was in the form of an internship or even a part-time job, there was rarely a time in my life after I graduated from high school where work wasn’t a part of the equation. At one point in 2015, I had a full-time job, and decided that it wasn’t enriching enough — and happily freelanced for three other clients for the year.

When my family and friends asked me why I was working so much, I didn’t really have any other response to give them aside from the fact that I wanted to. Looking back at it, I may have inadvertently used my career as a way to spurn the traditional route of relationships and ended up dating my work instead. It was who I was.

Aside from my career, I felt I had nothing else to offer as a major conversational piece whenever one of my friends would update me on their progressing dating life, or whenever a distant relative would ask when I would be getting married. My career was always my safeguard.

But if I was no longer working, then who was I?

I wondered if I had to pull an Eat, Pray, Love

type of thing. Luckily, I didn’t. I didn’t have to go far for a little soul searching. I spent my time off getting to know myself outside of work. What would I like to do now that my hours aren’t occupied with projects? Endless possibilities. Yet, I found myself just relaxing and enjoying the free time with my dogs.

Essentially, I was the same person — I just did a little more traveling than I did before. I also used the time off to spend with my family on the east coast. I divided my time between in California and Massachusetts for the next six months — a feat only made possible because of my humble savings that covered my airfare during this time. More importantly, because I was able to stay rent-free with my parents, and I was offered free lodging by immediate and extended family members during every visit.

At the end of the day, people will react to being laid off in their own way. I’m by no means an expert on this subject, but what I can offer is a few words of empathy. Whether you decide to start job hunting immediately, change your career path, or welcome the unexpected time off with open arms, there isn’t a right or wrong answer on how to deal. As regretfully cliche and cheesy as it is, what matters is what makes you happy.

As a digital marketing professional, MK utilizes engagement strategies to contribute growth along social media platforms for her clients. When she isn’t working, MK can be found reading and spending time with her two dogs, Pepper and Lulu.