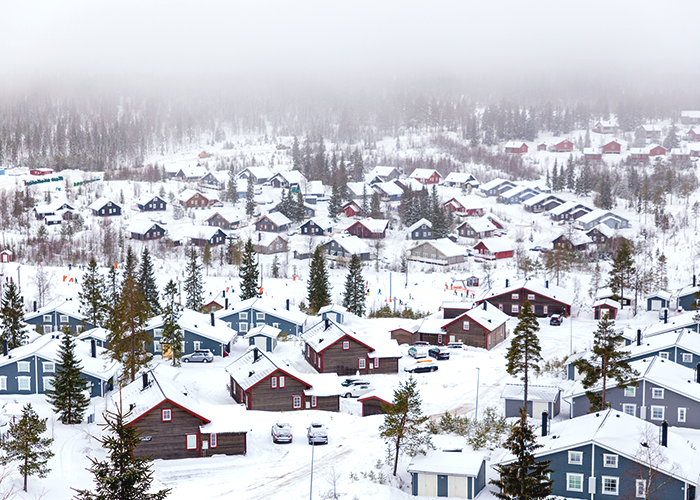 Over the past few weeks, I got to take some time to visit family. The TFD team was pretty much offline between Christmas weekend and New Year’s, so I had almost ten whole days to visit family (both mine and my boyfriend’s). Having a job that allows you to work remotely — and not work while most of the world is away from their keyboards, as is the case for the holidays — is an immense privilege, so I was grateful to be able to have the chance to spend quality time with loved ones I don’t see often enough.

I am lucky to have a pretty large extended family that I actually like. My mother has four sisters, and we generally rotate Christmases so that each sister takes her turn hosting. That means that we always have at least a couple of days over the holidays when we’re all together — me and my grandmother, parents, brother, eight aunts and uncles, eight first cousins (including cousins by marriage), and three second cousins. (We thankfully don’t do gifts among my extended family, which is great because I love them and all, but there are so many of us.) This year was the first Christmas without my grandpa, which added another layer of poignance on top of the importance I place on visiting family each year.

The members in my family have a wide variety of jobs — retired nurses, a doctor, salespeople, business owners, a therapist, a seasonal ski resort employee, engineers, fitness instructors. And, my holidays with family mean reverting back to a status of semi-childhood; I might be partaking more in food preparation and helping with more errands than I did as a kid and teenager, but I’m still not one of the “adults” that pays for everything. So, of course, spending eight days around a rotating cast of family members (we don’t all get the same days off — I am simply the lucky one that got to force her presence on St. Louis for the longest) leads to a lot of thoughts about money. The nature of thoughts, of course, is that they’re not always true — I found myself resorting to certain insecurities that I don’t really hold true about myself and my finances, simply because I was around people in different life paths than me. Thankfully, I had some positive money thoughts, too, which I’ll get to (after I share all the bleak ones).

1. Should I have chosen a different college major/career field?

This is kind of a common retroactive question for anyone to ask themselves, which makes it all the more powerful. So many of us — especially those with non-traditional careers, or jobs without major corporate benefits and retirement plans — have people in our families and close circles that make a whole lot more than we do, who seem to be so put together, simply because they chose a different career path or college major. I couldn’t help but look at one of my cousins and think about how he’ll potentially have a much easier time finding a good job after graduating from his computer science program. Of course, when that comes along, he’ll be completely deserving of it, hard-working and smart as he is. But I still felt a little down about the fact that the major I chose didn’t come with a built-in career, even though it’s the one I wanted, and would choose again. (Also, there is nothing saying my path can’t be just as lucrative.)

It is incredibly easy to ignore the cost of holidays when you are an adolescent and not responsible for any of it. Now that I am hyper-aware of how much it costs to feed one person, I’m also more aware of the heavy financial burden it must be for each year’s Christmas host(ess) to shell out for several 20-person-plus meals, especially when one of them includes ample amounts of roast beef. (Our traditional family Christmas dinner is comprised of “roast beast” and spaghetti. Jealous?) And I feel like I’ll always see that as a burden, no matter where I am financially. This makes me preemptively anxious about the day that I‘ll be the one hosting the holidays, and much more grateful for my other family members’ contributions now.

3. I will never have such a stacked home bar as my uncle. Woe is me.

You guys, I don’t even like hard liquor all the much. My holiday drink of choice this year was a grasshopper, which, although technically a cocktail, tastes much more like frozen yogurt than anything resembling alcohol. But I couldn’t help but be in awe of the fact that my aunt and uncle had printed out a spreadsheet of dozens of cocktails that they had all of the ingredients for readily available. The idea of a home bar for me, though, is valuable much more for its novelty than anything — while it’s nice to be prepared if you have guests over, I am much more of a beer and wine type of gal, and probably always will be. A home bar is, frankly, just another non-necessity (for me, at least) that I don’t need to waste time lusting over.

4. Who are these people with benefits?

, because that’s the kind of riveting topic my family prefers discussing. As with any thought that accompanies my career path, I can’t help but think I could have chosen something “safer,” as if these other people belong to a club that I wasn’t invited to join. But the reality is, I love what I do and wouldn’t change it (and TFD is ~growing~ and I am here for it). I have flexibility, health care under my parents (and other options when I turn 26 next year), and my own retirement account. I may never work with a company that provides a pension, but those are growing fewer and farther between, anyway.

5. Will I ever feel like a Real Adult around these people?

It’s nice to sort of feel like you’re being taken care of by your family for a few days, but Christmastime still makes me feel like a child (albeit one that’s allowed to have wine with dinner). We may not have a designated kids’ table anymore, but even my 34 year-old cousin with three of his own children isn’t expected to partake in the holiday planning — he is still effectively a kid when it comes to the holidays, as I and the rest of my cousins will be for the very foreseeable future. While it’s nice to take a break from “real life” for a few days, I must say, I’m glad to be back home in my own apartment, paying for my own food and deciding what to do with my time.

And now for some more positive thoughts:

I only started really contributing to a retirement account last year, but I already know how glad I’ll be in the long run that I’ve started saving now. This Christmas was a little more melancholy (but also celebratory) than others; we very recently lost my beloved grandfather, so I spent a lot of time watching my mom and aunts prepare my grandmother for the post-holidays life on her own. Losing a loved one feels so difficult already, adding a financial burden on top of it would be all that much harder. I want to be as prepared as I can be, for anything that’s to come in life.

I’ve spent every single Christmas (and Thanksgiving) with my extended family, which much more often than not has meant traveling out of state. I was always fortunate to have parents that were able to take the time off every year for a big holiday get-together, including transporting my brother and me to wherever we needed to be. Certain members of my family have moved a lot, so Christmas has been spent everywhere from Missouri to the Carolinas to New Hampshire. And on a non-financial level, the fact that my holiday memories are almost completely positive says something about how I feel about my blood relatives, which I know isn’t the same for many people. The holiday season is extremely tiring, but it’s still my favorite time of the year.

I must add that it is a huge privilege to have a family that is completely supportive, despite my having chosen a “creative” career with inconsistent income and such. I know that many in my position would receive many a judgmental comment from various family members. But mine all approach me with genuine curiosity about my life and what I’m doing.