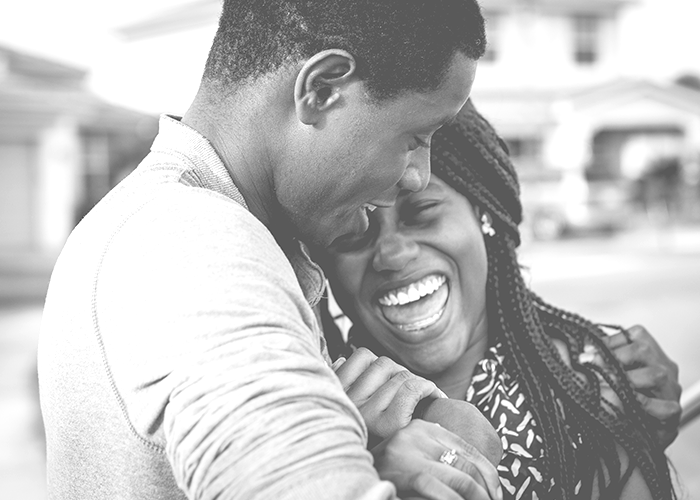 I’ve been dating my boyfriend, Peter, for almost a year now. We met on Tinder, had our first date (hilariously) on February 13, and hit it off — after a few dates, we were regularly messaging one another, and comfortably making plans for weeks in the future without second-guessing whether we’d still want to be seeing the other person. I’m not sure I’d have believed you, if you’d told me a year ago, that a person who works with computers and truly ~loves~ sports would be the guy for me, yet here we are. It’s taught me a lot about what’s important to me, and I’m super happy. I love being in a relationship where we each know how much we care each other, and that we’ll be included in any of each other’s big plans. I’m very excited about so many things we have coming.

I’m also stoked to no longer have an excuse to spend money like an idiot.

Don’t get me wrong; the early stages of dating are exciting, filled with trying new things together and lots of wonderful conversations. But I much prefer now, knowing more about each other’s quirks — though still learning — and having just as much fun spending an evening in, cooking and watching a movie, knowing that we don’t have anything to prove, or anyone to impress. Because when we first started dating, I wasn’t interested in being totally up-front about my money situation. I wanted to do whatever either of us wanted to do, and pay for it equally, because I am a good fucking feminist, dammit. Here are, in no particular order, some general spending regrets I have from my early-relationship days.

On our first date, we got drinks, went to a (mediocre IMO

) movie, and then went to another bar for a few more drinks. He’d paid for the first bar and the movie, so I insisted I pay for the second bar tab. Do I regret departing that evening feeling like I spent my fair share? No. Do I regret picking a relatively not-cheap bar and paying for three drinks for each of us, when there were likely plenty of other places to choose from, and I could have just switched to water earlier? Yes.

2. Going out on weeknights.

My general rule of thumb (though not one I stick to in a hard-and-fast manner, by any means) is that weekends are for “fun” spending, and cooking at home is what needs to happen on weekdays. There were many times when Peter and I met up for dinner on a weeknight, because it was easier and felt more “special” than staying in, especially so early in a relationship. Really, I should have known that spending time together was what made the evenings special, and not the location. If you look at my restaurant spending during the month of March compared to now, there is a big difference.

3. Buying “treats” every time we hung out.

One of the many wonderful things Peter and I have in common is our love of food and things that are bad for us. When we were in the first few months of dating, every time we hung out, one of us would almost always bring one of two things (or, often, both): beer and ice cream

. Somewhere along the way, we both thankfully stopped buying so much ice cream. Maybe it lost its novelty, or we finally started feeling it in our waist bands. We do still have a habit of picking up beer fairly often, which we’re both working towards minimizing. In fact, no-drinking days are one of the things I keep track of in my planner, because I think having more of them will help me on both a health level and a financial level.

I used to use a date night as an excuse to buy a new outfit, as I’m sure many people have. One thing I should have reminded myself: This person hasn’t met me. These are all new outfits to him. I needed a new bra at one point, so I bought a cute-but-uncomfortable one because I thought it would be fun to wear on one of those early dates. I spent $40 on it, and I’ve barely worn it since. I should have known myself well enough to know that I will always, always opt for the comfortable piece of lingerie over the fancy-looking one (and bonus points if it’s both).

5. Not being more up front with my money situation.

I’m sure I can give Peter the benefit of a doubt here and say that he probably didn’t go out on a date with a 24-year-old freelance writer and editor expecting her to be loaded. He never asked me to do anything super expensive, or assumed I’d be able to pay for whatever came along. But I was also super quick to say yes to anything that was proposed — hockey games, movie nights, meeting up with friends at bars — because I wanted to spend time with him, when on more than one occasion I wasn’t in a good enough spot financially to be doing whichever activity.

All in all, I don’t think I wasted a ton of money on my early relationship. But being in that exciting state of newness and possibility did allow me to give myself the excuse to put my savings goals and other financial considerations on the back burner. I’m so glad to be in a place where I feel more than okay being vulnerable about my money situation (and everything else).