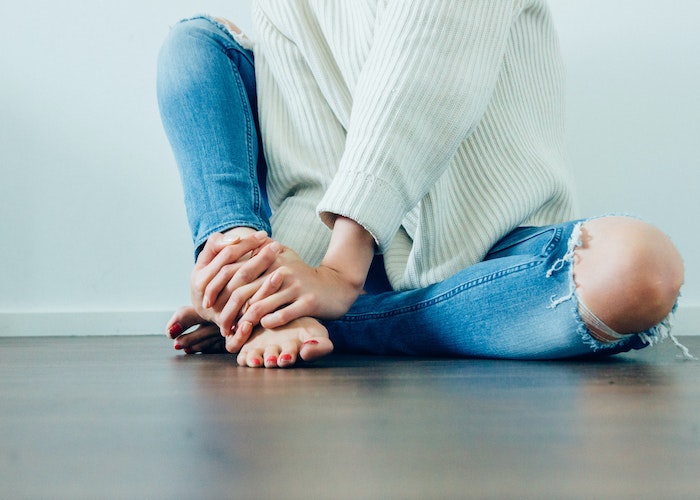 When I ask my dad about his childhood, he likes to say, “We were poor as dirt, but I had no idea.” Both of my parents were raised in large Roman Catholic families—my dad with five siblings in Madison, Wisconsin and my mom with seven in rural Montana. My grandparents, given the herculean task of raising so many children on a shoestring budget, installed in both of them the kind of financial intelligence I realize is its own advantage. Despite their modest backgrounds, both of my parents were able to rise to a comfortable middle-class lifestyle.

As I’ve gotten older, I’ve realized that my financial privilege came not from trust funds or stacks of free cash, but financially careful parents who gave me the gift of money smarts from a young age. Their families overcame many legitimate financial hardships—including incarceration and chronic illness—in an era when life simply cost less. Their insights come from a bygone American boomtime when monthly rent was $70, and upward class mobility was within reach (although it is vital to note, not for everyone—my maternal grandfather had to leave the Blackfeet reservation where he was born and effectively assimilate into white society to access any sort of financial success). My parents’ fiscal lessons have proved invaluable, but as I look back on them, I realize some of their advice needs a modern update. Life has changed, and when I think of my own financial legacy, I know I’ll be making changes for my own friends, family, and maybe even children (if they ever ask!). It’s not the same world, so why keep the same rules?

Here are the 5 financial lessons from my parents that I’ll keep, and 3 I won’t be passing on.

Not every degree is worth the debt

As the daughter of parents who dropped out of college in their early twenties because they couldn’t afford it, no one placed the assumption on me that I needed college to be successful. In our house, education was highly valued, but not every degree deserved to be an exercise in crippling debt. “Life is expensive enough,” was a familiar refrain in our house, as my parents nervously eyed me pouring over glossy college brochures, skipping right past the price sections and straight to the arts. With their guidance, I eventually realized that if I wanted to study theatre, I shouldn’t choose an expensive school. This was the most valuable advice I could have received; without it, I may have chosen the $65K-a-year Reed College, just because Steve Jobs went there (insert cringe here). With a subtle hand, they steered me towards the cheapest school on my list, which quickly became my first choice after I visited. I believe every career path is valid and every passion is worth pursuing, but I’m thankful that I was cautioned against accruing tons of debt on a theatre degree. In these pandemic times, I’m doubly grateful.

Clutter used to be money.

The title of “minimalist” is far too new-age LA for my mom, but aside from a few jade plants and mystery novels, her bedroom is spotlessly clean and mostly empty. “All that stuff used to be money”, her eyes seemed to say when we went over to a friend’s house, and I laid eyes on all her newest clothes and toys. “We don’t spend like that,” she would say whenever the little monster of childish materialism reared its head in me.  She indulged my artistic side with paint sets and jewelry wire, but she always maintained that more stuff meant more stuff that used to be money. Now, when I see the rows of tempting knick-knacks at Marshall’s, I remember her words. Clutter used to be money. I don’t want to look around my home and see the ghost of my money spent on clutter. I’d eventually throw it away anyway, so why take it home?

I always remember my dad checking his stock profile on Saturday mornings with a cup of coffee. I would question him about it, and he would try to explain. Naturally, I didn’t really understand what the S&P 500 was at 9 or why it mattered, but now I realize it was a game and a teaching moment for him. By modeling good financial habits in front of his children, he built curiosity in me about investing, and I eventually learned that saving for the future can be as satisfying as spending.

Now, making saving fun to me means adding my weekly savings goals to my planner, and following a wonderful TFD article on keeping an impulse journal for those intrusive “I need this latte frother now” thoughts. I check my retirement account and my bank statements regularly, which keeps me feeling on track. On days when it feels hard to save, I daydream of being a sassy old lady, drinking champagne on a plane to Sicily using my Roth IRA money. At least, that’s what I imagine as I try to avoid buying yet another tea latte gadget.

When I was a teenager and I got my first job, my mom would remind me that the biggest black hole of discretionary spending was restaurant food. She’d regale me with stories of friends of hers in the city who never cooked for themselves, and spent hundreds or even thousands of dollars a month on takeout food. My mom taught me that excellent restaurant-quality food can be made faster at home with the right ingredients if you learn how to make your favorite recipes. The recipes she taught me are still some of my favorites, and I’m proud to say I can cook faster than Uber Eats can get to my apartment. 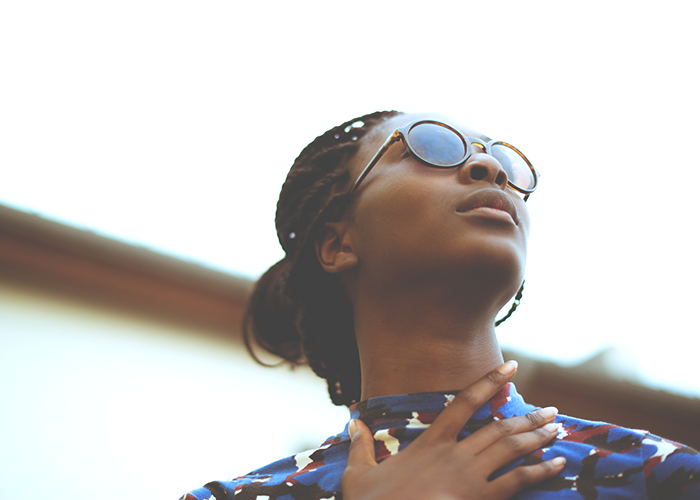 Avoid positions where someone else controls all your money

When I asked why he didn’t work in a “real office” my dad always said, “Because I want to be my own boss.” Despite the challenges of being an entrepreneur, he would rather succeed and fail on his own merits than rely on another person to keep him employed. To him, the autonomy self-employment was worth the risks (which he was only in a position to take due to my mom’s role as the family breadwinner).

Under his wariness of working for “The Man” was my dad’s desire for financial independence. Now I know that there are many ways to avoid putting all of your money eggs in one basket, whether that’s building up a solid emergency fund in case of unexpected job loss or working on a side hustle that’s only under your control. Overall, keeping an eye on your money and who decides when you get it is never a bad idea. Diversified income streams are absolutely more work, but the financial security they provide means you won’t be in crisis if your one and only job goes away.

Lessons I *Won’t* Be Following:

Don’t buy new if you can help it.

For all his money wisdom, my dad is obsessed with bargains. His favorite dad rant topic was about how buying new is a rip-off, and how buying used was the way to go. On many occasions he brought home garage sale items that were a “steal” at $2, only to have them not work and eventually be thrown out. I love a good thrift store find (like gently used clothes), but I don’t believe everything used is worth buying. I don’t want a used washing machine, used sandals, or a used blender. I want these things right out of the box, not marked in some dollar bin, no matter how cheap they are.

Growing up, we only ate from a restaurant on a special occasion; otherwise, if I asked the answer was, “We have food at home.” My mom is a chef by profession—cooking is her livelihood, and she’s great at it. As for me, I am a writer, not a chef, and I’m of the opinion that buying food can be worth it. While I generally like to cook, as pretty much anyone can relate, sometimes I just don’t want to. When I do make the careful decision to buy a meal on an extra busy day, it’s worth it because of the time it saves. Yes, there’s food at home, but usually, it needs to be cooked.

The last piece of advice I received was, “it’s not polite to talk money.” This was given in the spirit of kindness, so as not to embarrass friends who made less. Now I know that being considerate and sharing knowledge aren’t mutually exclusive. I grew up with the privilege of parents who are smart with money and who patiently answered my many questions. It’s my prerogative to share what I know with friends who ask, regardless of old-school money rules, many of which shroud often inequitable and discriminatory salary differences. Sharing hourlies or freelance rate sheets with friends who ask only helps knock down financial barriers. After all—How can we as a society expect to combat income inequality if we’re living in the dark? I’ve helped friends start their own budgets, calculate interest on their loans, and shared wisdom from my upbringing because I know it’s the right thing to do.

The bottom line is—we live in a vastly different world than the one that shaped my parents’ money habits. The wonderful thing about adulthood is looking at your lessons from adolescence, then picking and choosing what works for you. I’m so grateful to my family for their guidance over the years, even if it needs a couple of tweaks to stay with the times.

Lindsey Schneider is a recent grad currently based in Alaska. When she’s not working at her local elementary school or writing articles, she loves to go hiking, binge-watch historical fiction shows, and bake gluten-free goodies.