5 Habits That Made Me Go Broke While Living Abroad 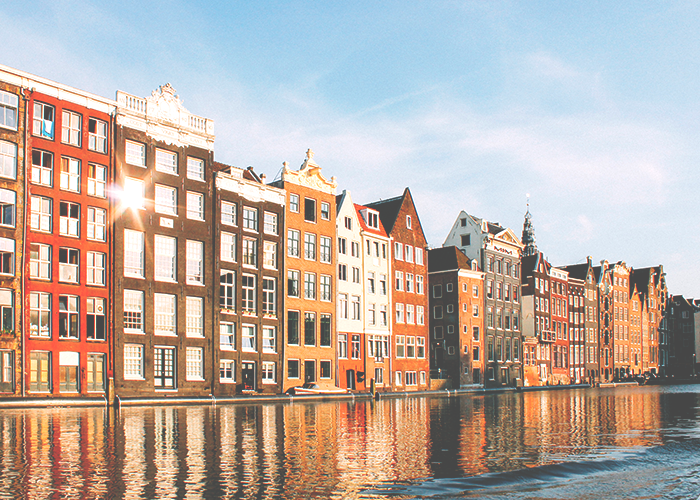 I began this year by embarking on what was essentially the fulfillment of my biggest lifelong dream: spending a semester abroad. I had received a five-month unpaid internship position in Amsterdam, and I would have to dip into my student loans a little to make it a reality (something I was okay with because the internship was a requirement for graduation). I knew this was a less than ideal way to obtain my ideal position, and that I’d return from my adventure only to live with my parents for a bit before it would be possible to stand on my own two feet again. However, I decided that the experiential benefits would be worth the financial drawbacks.

Regardless of whether or not my decision was good, it’s the one I’m currently living with. Back at home in Canada, I’m exactly where I knew I would be — living with my family. Job hunting has given me some space and a lot of time to reflect on things I could have done differently while I was in Amsterdam that would have made my return to Canada a little bit less of a financial headache.

Here are the five biggest things I could have avoided in order to save money while living abroad:

Amsterdam was nothing like any city I had ever lived in and, though I lived there, was legally considered a resident, and was working full-time, I still didn’t feel like a local. I defaulted into acting like a tourist who thought she was better than all the other tourists. I still complained about the idiots who walked down the middle of the bike lanes with their selfie sticks, and would even bike close enough to them that I made one woman scream in fear that I was going to hit her. (I didn’t.) But I also explored several art museums, sampled cheeses I didn’t know existed, and took advantage of that Ferris wheel that popped up in the middle of the city in the spring.

I’m sure, as I rationalized at the time, that many of these touristy experiences have shaped me or taught me something in some way. However, I’d be bullshitting us all if I said I that I didn’t do most of these things purely because they were fun. Yes, riding that ferris wheel in the middle of the city center was the experience of a lifetime, but am I a better person for doing it? Probably not.

One of the biggest lies North Americans tell each other about living abroad is how inexpensive it is to fly or take the train (an even bigger lie) within the European continent. To be fair, flights are less expensive than they are in Canada and the States, but they’re definitely not cheap. Did that stop me from visiting Portugal during my vacation days? Hell no.

Students and interns living abroad love to tell themselves that whatever cool experience they want to have is “closer,” or better yet, “more affordable now than it has ever been.” And while there is some truth to this modern backpacker’s catchphrase, it doesn’t mean that I could actually afford to fly across the continent at the time, let alone spend more money when I got there.

I was in the fortunate position of working for a company that supplied many of my meals throughout my internship. However, I eat more veggies than they were able to give me, so I took regular trips to the market to buy my own. Fresh produce adds up more quickly over time than you expect it to. I told myself that I was investing in my health, which was partly true, but the reason this really cost me was because of my own laziness.

Not unlike most supermarkets in North America, many stores in Amsterdam sold semi-fresh precut veggies mixes. All the vitamins and none of the work? Yup, I was on board. Obviously, this was a huge waste of money. I could have saved so much cash by simply taking the time to prepare my own food (let’s be real, cutting veggies is not that hard), and even more by planning ahead and waiting until the local farmer’s market was on. I can’t believe I was willing to pay so much for the convenience of avoiding something that really wasn’t inconvenient to begin with.

Don’t you love it when a cute little borderline-hipster-but-not-so-hipster-that-I-feel-inferior coffee shop opens up in town? It’s one of my favorite things. And one of the things I love about Amsterdam is that every coffee shop is like this. (Well actually, every café, because coffee shops in the Amsterdam sell weed, and cafés sell coffee.)

Amsterdam was filled with so many cute places to discover, and then to revisit, and to return later with your friends because they need to see this awesome place, and again while scheduled for a blog writing shift because the atmosphere is awesome and you really want to support local businesses. Plus, the coffee was always amazing. Europeans don’t put up with bad coffee. I don’t think I ever purchased coffee beans to make my own coffee at home. In five months. You do the math.

This is by far the biggest mistake I made during my time abroad. If I could take back just one thing on this list, this would be it. As someone who didn’t have an income in euros (and by that I mean who didn’t have an income at all), I should have been paying much closer attention to the conversion rates between Canadian dollars and euros. At the time, one euro was about the equivalent of $1.50 CAD. This means that when I would think something like, “Oh, this bottle of water is only 99 cents,” it was actually one dollar and 50 cents. “This tee shirt is only ten euros!” It was actually 15 dollars. “I can get into all the museums for 60 euros!?” Actually, I can get into all the museums for 90 dollars. And that’s before my bank charged me for converting the money in the first place.

If I could sum up my financial failures while living abroad in one word, it would be “rationalization.” If I wanted something, I would find a way to make it sound like a good idea, but it doesn’t mean I was right, and it doesn’t mean I could afford it.

Alex Nicole has spent the past year living the dream and is now working on a five year plan that involves a lot of coffee, becoming an English teacher, and owning a Bernese Mountain Dog.