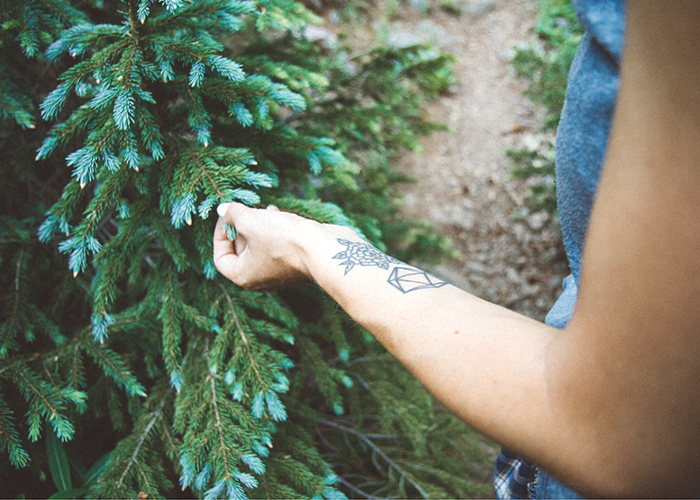 Last year, I spent time volunteering at a women’s shelter. I have always been passionate about women’s issues, particularly issues involving sexual assault and domestic violence. I never knew how to help, because so many of the jobs I had looked at required a master’s degree, and I wasn’t ready to go back to school.

By chance, I had stumbled into a non-profits career fair at my old university, grabbing a flyer for the shelter before leaving. I emailed the person listed on the flyer and volunteered for six months. The benefits are endless, but here are my top five.

1. It gave me something to focus on when I got laid off

I had gotten laid off at the beginning of the year, and I started volunteering immediately after losing my job. I was lucky enough to get another job within a matter of a few weeks, but I continued to volunteer at the shelter once a week. I had never been laid off before. Things at my job had already been bad; I’d gotten my hours cut, and the two months leading up to that point had been an emotional rollercoaster of uncertainty and anguish.

Luckily, I began training as a volunteer just a couple of days after I got laid off. Training was held three times a week for two weeks, and those training sessions were invaluable. I had something to do with my time besides sit in my apartment, scan job boards, and slowly fall into despair. It was an excellent distraction.

2. The training sessions gave insight into my psyche

Since we were volunteering at a women’s shelter, the training covered everything you could think of when it comes to domestic violence. We learned about legal and emotional resources that exist for women and children, how to identify signs of an abuser, and watched sobering videos on women who were killed by their abusers.

We also had activities that involved facing our own fears and doubts and overcoming them. It was like free group therapy; everyone had their own issues and secret battles, but it was also an environment of support and love. One of the lessons was about healthy relationships, which gave me new insight into establishing boundaries. One woman at the training recognized signs of emotional abuse from a man she was dating and immediately terminated her relationship. How’s that for successful training?

Once I began actual volunteer work at the shelter, I started honing skills I never knew existed. Who knew that following through was such a good skill? Having been out of college for nine months by that point, I was well aware of how important it was to be on time and complete the shift you signed up for. After all, I’d gotten laid off before, and it could happen again. I took my volunteer shifts just as seriously as I did my job, and if I was going to miss a shift, I let the manager know in advance. The managers were eternally grateful for my reliability.

I also became pretty creative about what I did at the shelter. Because there were so many volunteers (which, of course, was a good thing), there were some shifts where I had nothing to do. So it was on me to come up with a lot of different tasks to do to make things run smoothly. I began weeding the garden to help maintain the appearance of the shelter. I even created signs pointing out where the dirty laundry was supposed to go and warning clients to not bring food into the children’s playroom.

This skill has stuck with me in my current job. If I’m bored, I look for new ways to lighten the load and help make my boss’ life easier. I’ve had more opportunities at work as a result, and I love having a diverse range of activities to do.

Here’s how one volunteer put it: “We get out of the way so the employees can do what they were trained to do.”

In other words, if there’s a tedious task that’s come up, that’s what the volunteer is there for. The employees are trained for bigger tasks, and helping clients assimilate into a new life at the shelter is of the highest importance.

I did a lot of different things: I defrosted a freezer, vacuumed all over, sorted through piles of donations, made beds and prepared rooms for future clients, played with children, watered plants, weeded the garden, and listened to clients who needed to talk with someone while the employees were occupied with helping other clients.

It never bothered me to do any of these things; in fact, it was a nice change from sitting at a desk all day. There were some days where I played with the clients’ children and felt like a hero. There were other days where I just vacuumed and organized the blankets and pillows and sheets and that was it. But I knew that the employees would’ve been stressed out if they didn’t have anyone to help them, and volunteers helped keep the shelter running smoothly.

5. I have a greater understanding of the needs of shelters

This shelter was, thankfully, stocked to the brim with donations. We were constantly receiving donations, and we would sort through new piles almost daily. The clients would then get to pick what they liked, and whatever was leftover would get shuffled off to the next shelter or thrift store.

There’s a reason it’s generally recommended to donate money to non-profits and shelters. While donating your old stuff is fantastic and necessary, it can make things more crowded and take up valuable space. However, if that’s all you can donate, then, by all means, donate your old clothes. Donate those toys your child doesn’t play with anymore, and if you’d like, donate some new stuff, too. Everyone loves having nice new things.

I recommend volunteering to everyone, but that doesn’t mean you have to do it at a shelter. It’s harrowing and heartbreaking to see the more violent side of life that people live. The nice thing is that there are many ways to do good: tutoring, volunteering with animals, helping people with disabilities, or donating to charities you believe in. The possibilities are endless. The best part? You’ll always get so much in return for what you give.

Liesl Hammer is a writer and editor who likes to try new and scary things and writes about it on her blog, Everything Amateur.