5 Truths Anyone Who Worked As A Camp Counselor Knows 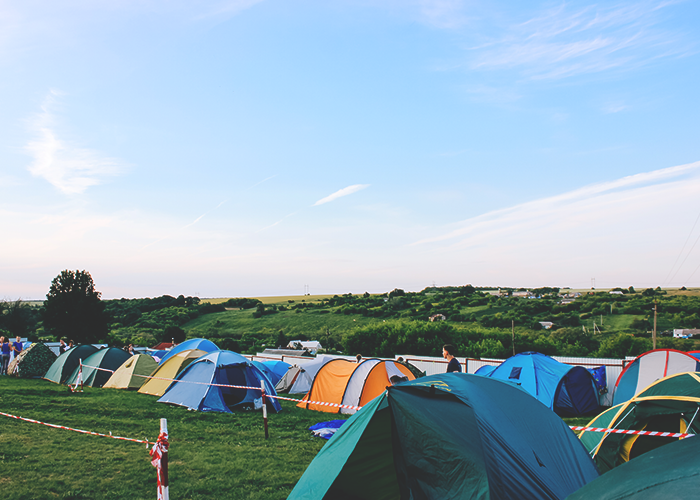 Many of us have had the quintessential summer camp counselor experience; for a few of us, it was the first time we ever had a full-time job. For eight weeks of 2008, I spent my days planning activities, staying up late in case campers had medical problems or roommate conflicts, enthusiastically asking my campers about their days at all meals, and doing things I was wildly unqualified for, including one ill-fated bout of teaching yoga

. I had one day off per week where, I was given a full 24 hours in which no one could ask anything of me. But for the rest of the time, even the time when I had no specific duties and could, for instance, be asleep, I was “on call.” I’d never felt so alive and so exhausted at the same time. I spent the summer camp dances chaperoning (i.e. dancing myself), and wondered why anyone got paid for this. When I had to help a screaming camper with a back spasm into the main office where we waited for the EMTs to arrive, I remembered why.

I also made friends — close friends, like the kind you end up inviting to your wedding years later. Most of us were far from home, and were living away from our most common leisure activities, so we used getting to know each other as a way to entertain ourselves in our off-hours. Work friends were the only friends I had, and at the time, it was perfect for me. I loved making a quick and strong bond with new people.

For all I knew at 19, all my future jobs would also involve such a large devotion to the task, minuscule hourly rates, and deep connections to coworkers. And you know what? Some of those things did come true.

A few true things that came from that first summer, and the six summers after, were lessons about the way that workplaces function. Because we spent every waking moment together, my co-workers and I could experience a problem, the scramble to identify solutions, and the resolution all in one day. While my later workplaces haven’t had that kind of pace or ample face-time with the same co-workers, I have noticed that many of the methods of problem-solving from summer camp still serve me as an adult.

1. The amount of work friendships you make often depends on how isolated you and your coworkers are. At summer camp, the people working are all often equally new to their surroundings. I have learned that at other jobs, I cannot expect people to socialize with me nearly as much as I could a summer camp. People have already-established lives, even if the job that is brand new to me. I like making friends at work, but I think I made a lot more long-term friends working at summer camp, as everyone was equally far from home.

2. Jobs where you deeply depend on other people can either make you resentful or grateful, and it’s a lot about your attitude. The first summer, I found myself feeling so glad to have a whole team of counselors muddling through the job with me, because there were often situations I didn’t know how to handle. After that, I became more likely to resent easy-going or lazy counselors for not pulling their weight, which didn’t hurt them at all, but made my summers less positive. It made me realize that part of my choice at work was to focus on the positive contributions people made in team settings, rather than fixating on one or two people who didn’t do their jobs very well. It was better for my sanity, and it meant that the only attention I paid low-performing team members was to ask them to step it up at times.

3. You need a time during the day when no one at work knows where you are. Summer camp, as well as a lot of “real” jobs, make it tempting to put your contact information out there so that people can always reach you. Still, when I was at my healthiest at camp, I found 30 minutes here or there (conscious minutes, not just sleep) to go to my room or go for a walk without informing my work mates. This would be during times when it was responsible enough to do so, but when someone might ask me to do some work if I were around. I needed to not be “on call” for those few minutes, just to let the feeling of responsibility lift for a little bit. In my job now, I do this by avoiding my email for hours when I know that no one will need an urgent answer — the break away has to be deliberate, because otherwise I default to trying to be available to everyone at all times.

4. The cheapest ways to have fun are often those you invent with people you like spending time with. I didn’t drink the first few summers I worked at summer camp, and the job didn’t pay anything for the first month of work. Most of us amused ourselves in our off-hours by chatting, watching TV, playing card games, and going on walks around the college campus where we worked. As an adult with a job, I find that so many more of my “amusement” activities involve spending money, so it feels weird to just ask a new acquaintance over to my house for drinking tea and talking aimlessly. It makes me want to invest more time and effort in people who might eventually be my “it’s fine to do nothing together” friends, rather than trying to get drinks or dinner with as many new people as possible.

5. It’s worth noticing the difference between people who work hard and get busy, and those who spend a lot of time talking about how busy they are. At summer camp, you have the luxury of really seeing how people spend their time — after a week or two, you know who will always be there to help you, and who seems to mysteriously disappear when the hardest tasks come up. In my current job, I cannot be sure of what people do when I’m busy with my own work, but I’ve noticed that some of the methods of talking are similar between summer camp “chatty people” and summer camp hard workers and their workplace equivalents; I keep an eye out now.

Summer camp jobs vary a lot, but I think that the intensity of the job experience is pretty universal, and it can teach a person what kinds of job environments might help them thrive in the future. I have still yet to have a job in a traditional workplace where I feel nearly as energized as when I was solving problems on the fly with a team of other young people, and celebrating, with relief, when we pulled off yet another day of activities. When you find the kind of job that creates those feelings, you’ve probably found something worth holding on to.