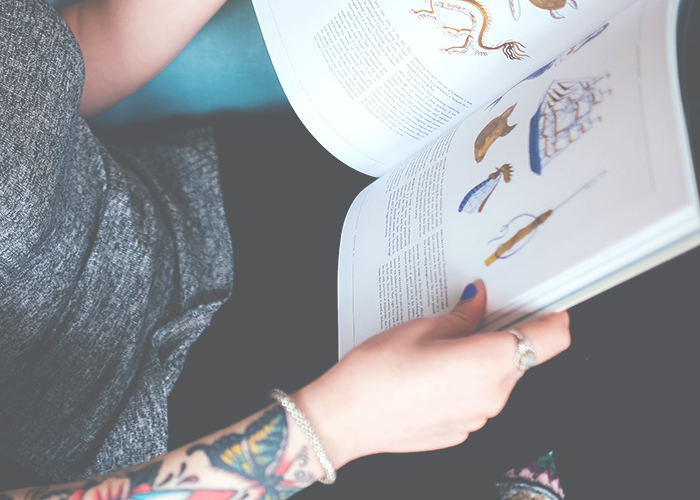 Some people’s financial woes come from bad luck or low salaries, but many make sufficient income and still can’t succeed. Spending less than you earn is a simple concept, but more often than not, the mental or emotional side trips people up. Surprisingly, a lot of what keeps people behind is that they don’t believe they can succeed. Thoughts become actions. Actions become money saved or spent. Thus, mastering your thoughts is the first step to mastering your money. I’ve found that any success I’ve had with money has derived from having the following five beliefs.

1. The past doesn’t matter.

Some people grew up with more money, had a great financial education, and generally got a head start in their financial lives. This is certainly part of the reason why others may have been ahead of me in the financial game. But lamenting my disadvantages wouldn’t have helped me on my journey at all. Spending even a second regretting the opportunities I missed out on or the childhood I didn’t have were seconds I wasn’t using to get myself farther ahead. You can’t change the past, but you can get started on changing your future.

In the midst of aggressively paying off six figures of graduate school debt, I wondered daily if there was some easier way out. Would there be student loan forgiveness? Would some other solution show up? Eventually, I had to pay off my debt, and I’m glad I did because, years later, a savior has still now shown up. The answers to your financial problems could come galloping in on a white horse to rescue you from your life. Maybe you will marry rich. Maybe you’ll get a high-paying dream job. Maybe you’ll win the lottery.

Even if this happens, though, what they don’t tell you about fairy tales is 1) not everyone gets rescued and 2) saviors are not free. Prince or Princess Charming want their laundry done. High-income jobs often have long hours and high stress. Lotto winners go broke. Even a savior isn’t the savior we think it is. So in terms of the future, you have to give up the savior mentality. Maybe you’ll get some financial breaks, but maybe the breaks have costs — and you can also go broke waiting for the savior to come. The safest route is to depend on the yourself to save you.

Learning about yourself, your strengths, weaknesses, and personality is a noble goal. Sometimes, though, people use what they learn about themselves as an excuse not to get better. For example, some say, I can’t be good with money because I’m a spender! Or, I’ll never have fun because I’m a saver.

Do you have needs? Then you’re a spender. Do you have psychic powers to foretell the future? If not, then you need to be a saver. Understanding one’s strengths doesn’t give anyone a free pass on their weaknesses: everyone needs to develop their weaknesses. But this is actually quite encouraging news: it means that you don’t have to live your life being bad at money. Where you start is not your destiny. If you believe in yourself and put in the work, you can be good with money. You just have to work on it and believe that you can change.

It always seems like financial literacy is a big ol’ box of no’s. No lattes. No cable. No new clothes. That mindset doesn’t lead to success. I have a fair amount of self-control, but I would hate a constant string of rejection. Treating yourself like a child means you’ll eventually rebel. It’s true that a lot of your choices have already been made for you. Things like taxes, healthcare, rent, student loans — these are all things that you don’t necessarily get to choose. But there are tons of things that you do choose.

Getting your financial life in order means that you can afford the things you most want, because you’ve gotten rid of spending on the stuff you care less about. Instead of focusing on what you don’t (not “can’t”) spend money on, you should focus on the choices you have. For instance, when you say you’re busy, that makes you feel stressed. What’s better to say, and is totally true, is that you’ve made different choices with your time. The same is true with your money. Think about what you can control, and you will be much less stressed and more focused on what your money can accomplish.

5. I may be afraid/overwhelmed/frustrated, and that’s okay.

When I started my first job after graduate school, I was completely overwhelmed what with paying my bills, learning my new job, cleaning and decorating my apartment, socializing, saving for retirement, networking, exercising, drinking enough water and eating right. To this day, I still have problems managing it all, even though I’ve been working at my current job for six years, I have systems in place and I don’t have children.

I never expected a free lunch, but I also thought it would be easier to have everything together as an adult. I saw how my parents did it, and I didn’t quite realize that I was seeing people who had been practicing for 15+ years at putting it all together before I started watching. Doesn’t “being an adult” mean you have to be a stoic and have everything together? NO! It’s okay to be imperfect. Please don’t think that you’re doing a bad job, because if you put in the effort and make a little progress every day, you’re ahead of the game. And eventually, it’ll get easier.

The Give and Get is about a Washington, DC-based singleton’s finances. She discusses paying off $112k in student and credit card debt in 18 months, and using her money to build a meaningful life.