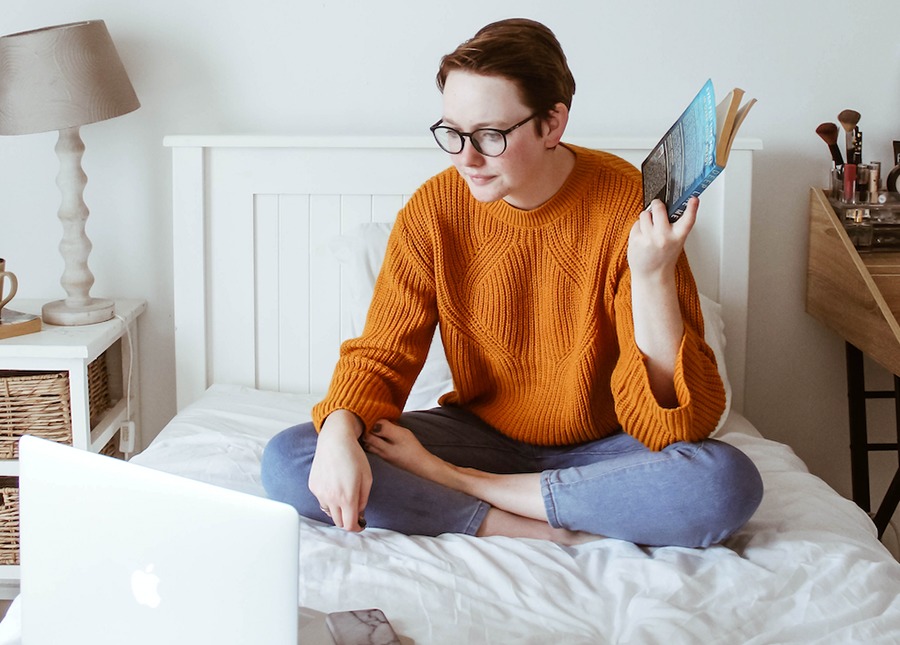 You know that saying, “Sticks and stones may break my bones, but words will never hurt me”? Whoever came up with that must have been a real piece of work. Words have power. That’s not a secret. And unfortunately, over time, words seem to lose meaning — people start to say things without really considering the connotations. However, just because they’ve lost their meaning doesn’t mean they can’t have negative side effects. Sexist phrases have a way of creeping into everyday language and have become a regular part of many people’s dialogue.

I’ve been reexamining some of the sexist phrases that I’ve heard regularly throughout my life, used both by other people and myself. It’s not fun to realize that, in the past, I’ve said some things that haven’t been supportive of other women. Good news, though! It’s never too late to change your habits and use language that encourages and empowers women rather than put them down.

Here are five sexist phrases that I’ve eliminated and challenge others to do the same:

1. Anything that begins with “real women…”

Whenever someone starts a phrase with “Well, REAL women…” this is a really helpful indicator to me that I can tune out whatever is about to follow.

If you’re not familiar with the term “gatekeeping,” this is a perfect example to get familiar with it. Gatekeeping is when people bestow upon themselves the ability to decide who does or does not have rights or access to a certain identity. It happens in all different communities, but I find it particularly amusing when people apply this to an entire gender. It’s like when girls from your hometown plaster their Facebook news feed with photos of Marilyn Monroe screaming, “Real women have curves!” Women are women, regardless of the size of their hips.

Existing as a woman has taught me many things. Like, how to make it through a workday with horrific cramps while smiling through the pain when all I want to do is go home, down a bottle of ibuprofen, and pass out. Or that any time I explain something, a man might jump out from the bushes and say, “Well, actually,” and repeat what I just said back to me.

And if I don’t wear makeup when I leave the house, somebody will feel compelled to tell me, “You look really tired today.” It never fails. Curse my pallid skin and permanent dark circles.

I want to pause here and acknowledge that there’s some debate over whether this really qualifies as a sexist comment. While it’s certainly not as blatantly sexist as other comments I’ve heard in my life, in my experience, it’s something that is consistently and repeatedly directed at women, but not men. Whether or not you think it’s sexist, I think we can all agree that commenting on other people’s appearances, particularly in professional settings, is uncalled for and inappropriate. The only suitable response I can think of for this is, “Sorry, must just be my face” because I’m pretty sure calling someone a doorknob out in public isn’t going to win me any friends.

3. “I don’t like hanging out with other women because it’s too much drama”

This isn’t just a sexist phrase so much as it is an odd lifestyle choice. Here’s the truth: 10/10 times when women say this, IT’S BECAUSE THEY’RE THE ONES CAUSING ALL THE DRAMA. It’s not wrong to prefer hanging out with guy friends over girlfriends. But I truly pity people who feel they can’t befriend other women out of fear of “too much drama.” That’s like cutting out half the population of people to potentially be friends with! What a lonely existence.

Nothing motivates someone to “Man the F up” more than being told they need to grow a pair. Somehow in this twisted world we live in, courage and bravery have come to be equated with…testicles.

I’ve been told to grow a pair. The smart ass in me always wants to retort, “A pair of breasts? A pair of ovaries?” How ridiculous would a cis man find it if I told him to “grow a pair of ovaries” if I thought he was being weak? Yeah, it sounds ridiculous just typing it out. And it’s not only insulting to women, but men as well. (Editor’s note: Not to mention that not all men have testicles — and not all people with testicles are men.) When men feel that they can’t show emotions out of fear of appearing weak, that can turn into a real issue.

The problem with this phrase isn’t just that it’s sexist by implying one needs to be a man to be brave and courageous. It’s also lazy. “Grow a pair” has become the comeback to any comment or argument that someone doesn’t agree with. Instead of attacking people for being too sensitive, snowflakes, etc. why not put some thought and energy into forming real arguments? (Any guesses on how long it’ll take for someone to read this and tell me to “grow a pair?”)

I previously wrote an article dedicated to this one seemingly innocuous phrase. Essentially, when people use the phrase “most women,” they’re not framing most women in a positive light. Think about it. You’ve probably never heard someone say, “Kelly is such a bitch! She’s not like most women!” It’s always the reverse. “You’re so laid back/funny/chill/cool, you’re not like most women I know!” Meaning most women are not laid back/funny/chill/cool? I’m of the opinion that people who say this just haven’t met enough women.

This is just the tip of the iceberg when it comes to sexist phrases and words that we hear on a regular basis. I’m challenging myself to be more intentional and thoughtful with the words I use every day, and I encourage others to do the same.

Emma Contreras is a writer and blogger at www.boldnotions.com. She’s passionate about empowering herself, and other women, through travel, education, and adventure. She’s based in the Midwest but is frequently on the go in an attempt to escape the frigid Minnesota winter.