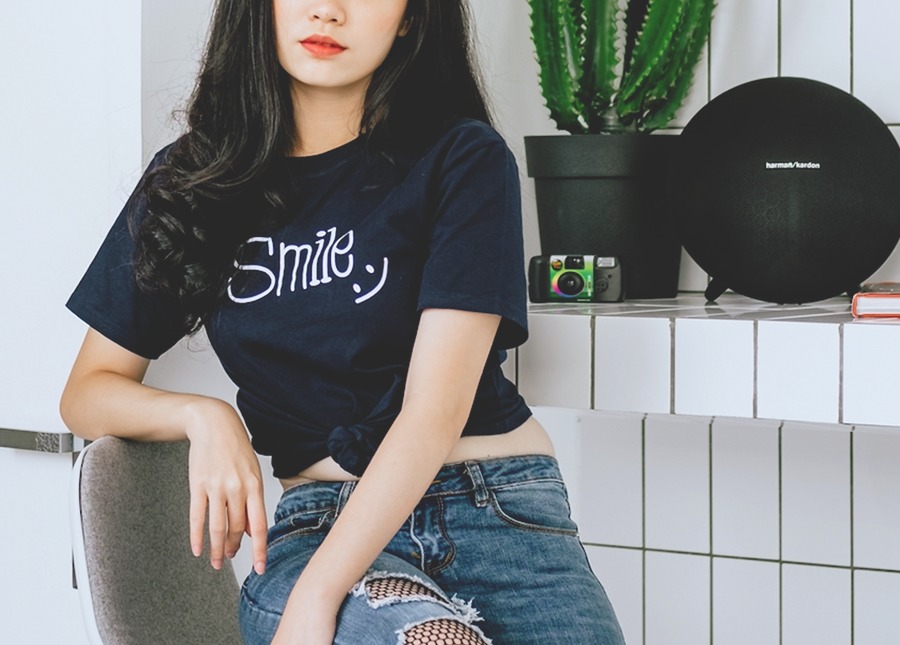 Let me set the scene for you. You’re in a crowded bar and some bozo has been chatting you up for the past 10 minutes. Let’s call him Chip. The conversation isn’t amazing, but hey, you’ve had a few drinks and it’s a Saturday night, so you roll with it. He leans in, puts his hand on your lower back (ugh), and, while staring deep into your eyes with what you can only imagine is supposed to be a soulful look, says quietly, “You’re not like most girls I meet around here.” Record scratch. Freeze frame. Double ugh.

We’ve heard it before and we’ll hear it again. “You’re not like most girls” is something that gets thrown around a lot, particularly throughout women’s teen years, their 20s, and 30s. It’s intended as a compliment, because who doesn’t like hearing that they’re special and unique? It’s natural to want to set yourself apart from others, particularly at an age when you’re still trying to figure out who you really are. I don’t blame anyone for wanting to receive validation and recognition as an individual. But what does this compliment really mean and what assumptions does it make about “most women?”At 25, it’s a phrase I’m no stranger to hearing. One might think that should make me feel all warm and fuzzy inside because, praise be, a man thinks I’m unique! Except, it doesn’t make me feel good about myself. Not only because I don’t think it’s a real compliment — I often hear it said to women around me.

It wasn’t until my early 20s that I really stopped to examine what the implications of this so-called compliment are. Below are some word-for-word variations of it that I’ve heard throughout my life, either directed at me or to those around me:

4. “You’re interested in politics? I would never have guessed.”

While seemingly innocent at first glance, these comments all share commonalities and subtle (or maybe not-so-subtle) implications: They’re intended to make the recipient feel unique for possessing a certain quality. (You like football? The most popular and highest revenue generating sport in the United States? Who would have thought? Totally crazy!) The compliment is focused on a trait or characteristic that’s typically not associated with women in general. (Out of 157 million women in America, it’s so hard to find one girl who likes and understands football!) They compliment the receiver while simultaneously putting other women down. Translation: You’re special because other girls aren’t.

Let me be clear: I think it’s perfectly fine to compliment a woman and admire a trait or characteristic she displays. However, it’s not hard to say, “You like football? Me too! I love that we have that in common!” These things don’t have to come at the expense of other women. I’ve been accused of being overly sensitive and analytical when it comes to digging into these phrases. “Come on, Emma, it’s just a compliment! Lighten up!” And my response is the same now and it always will be: If you can’t tell someone you think they’re unique and special without putting down an entire gender, it’s not a real compliment. Call me crazy, but I believe these messages have the same effect, whether intended or unintended: they can cause women to disassociate their identity from other women. The most common characteristics I’ve heard used in this context are typically thought of as male-only traits: down-to-earth, analytical, funny, laid-back, etc. If these are the kinds of traits that “most women” don’t have, what kind of picture does this paint of the “typical woman?” Annoying, air-headed, unfunny, shrill, high-strung. Woof. I don’t know about you, but that doesn’t describe many of the women I know.

Women do it, too!

What’s most disappointing and frustrating to me about the “most women” compliment-that’s-not-a-compliment is how frequently women use it, too. I should know, I used to say things like this all the time in high school. When I was a teenager, I was one of a very few Asian-Americans in my school. Fueled by insecurity in already looking different from my classmates, I wanted to make myself feel better by controlling the narrative on what I thought made me unique. I used to think things like, “I’m not like other girls, I really like to read” or “I’m not high-maintenance, unlike most girls who spend too much time on their hair and makeup.” Let that sink in for a second and when you’re done, acknowledge with me how totally dumb these things sound. Thankfully, this phase didn’t last long and I realized that, holy shit, TONS of women love to read and a lot of them don’t worry about their hair and makeup, either! (And even if they do, good for them!) When I reflect back on this period of my life, I realize two things:

1. I was insecure about myself and thought the best way to fix that was to set myself apart from other girls.

2. I wanted validation and acceptance as “one of the guys.”

Neither of these are uncommon feelings for girls in high school to experience. Think about popular YA fiction and movies you’ve read or seen and tell me if this sounds familiar: There’s a quirky but cute bookworm who’s a little off the beaten path, pays no attention to social norms, and displays a high level of intelligence. She’s not friends with many of the other girls at her high school because she’s obviously not like them. She’s attractive at a base level, but maybe there’s something about her appearance that’s slightly disheveled or unkempt. She then undergoes some kind of makeover to score more cred with the popular kids. This might be seen as selling out, but hey, she gets the guy in the end! But don’t worry, she’s still uniquely herself underneath all that hair and makeup, and still not like (read: better than) the other girls.

I think a lot of girls in high school resonate with this trope. While of course, I want more books and movies to have female leads who are smart individuals, I don’t think it should come at the cost of dumbing down and belittling other female characters. When this happens, it supports the stigma that being unafraid to be yourself and intelligence are mutually exclusive from how “most women” present themselves. It would have been nice if someone had sat me down at that age and told me that I should want to be like other girls and look for positive traits in the women around me, instead of wanting to be the girl who’s not like most girls. A lot of specific examples come to mind when I’ve heard other women try to build themselves up by putting other women down, and it makes me cringe every time.

2. “Hanging out with women is just so hard sometimes, too much drama for me!”

4. “I’m not super emotional, unlike most women.”

I don’t always comment on this, as much as I would like to. But when I do, I usually mildly remark, “That’s weird, I know a lot of girls who think the same thing.” or “Huh, we must not know the same women.”

What to do when it happens to you

Maybe you’re reading this and thinking back on all the times you’ve made a similar sort of comment. I wouldn’t feel bad about it, but I would question the validity of your statements. A good way to stop this sort of thinking is to catch it when it happens and then challenge yourself to think of women in your life who you think share the same quality or trait. I would also explore other ways to make your uniqueness heard without having to put down other women. We can celebrate the characteristics that make us individuals without throwing down a generalized judgment on “most women.” When I think of the women in my life, I’m so proud of how smart and funny and creative and beautiful they are, all in their own ways. Instead of making life harder than it already is for women, why not work to turn around the stereotype of “most women” and focus on the positive traits?

Let’s go back to that scene in the bar with Chip. He says, “You’re not like most girls.” I say, “That’s a shame, I try to be like most of the women I know.” Say goodbye, then walk away quickly.

Emma Contreras is a writer based in Minnesota. You can find more of her writing over at www.boldnotions.com where she blogs about decisions women can make to empower themselves financially, professionally, and in their personal lives.