5 Money Mistakes I Made While Traveling, And How To Avoid Them 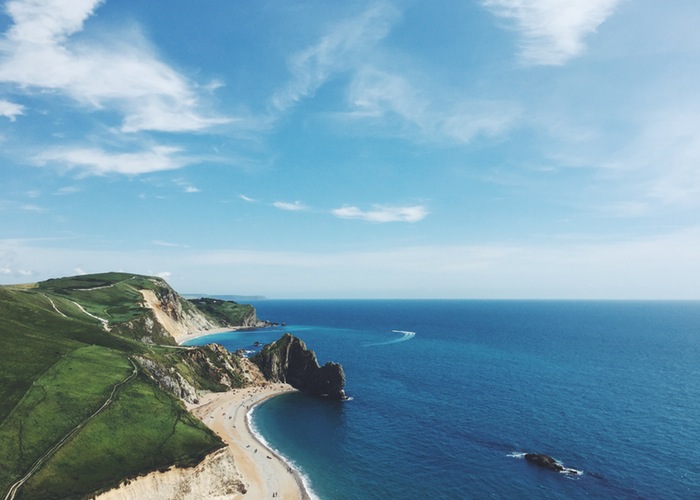 As someone who grew up abroad, I caught the travel bug pretty early on. Travel has been one of my biggest financial priorities since I left home, and at 24, I like to think I’m pretty good at visiting new countries on the cheap, and appropriately saving and budgeting. Still, in the process of booking and planning my own travel, I’ve made plenty of financial mistakes along the way. Each time something goes wrong, or I realize that my frantic need to save money, or find the cheapest option, has actually backfired, I’m able to learn from it, and tweak my strategy the next time I travel. Here are five travel mistakes I’ve made, and the corresponding solutions:

1. I always booked the cheapest flight.

As someone who lives in a different country from their family, I’ve often booked the cheapest flight — no matter what it looked like — and figured I would manage. This resulted in some pretty awful situations, including a 13-hour layover in Dubai, a few 5 AM departures, and once, spending three times the cost of my Ryanair ticket on the transfer between some podunk airport in Italy and the city center.

How to fix this: Before you book a flight, it’s worth thinking about whether the money you might save on the overall price is worth things like long layovers or expensive transfers. My current favorite travel site is Hipmunk, which sorts flights by “agony,” showing you which flights can be a good trade-off between being economical, and spending the night in an airport. Make sure you research transportation options between the airport and the city. Alternatively, sometimes I’ll take the layover but then treat myself to a day-pass for lounge access — I can shower, sleep, get wifi and food — and depending on the airline, I’ve paid anywhere from $30 to $50 for a day pass and I’ve found it well worth it. My boyfriend has a Mileage Plus card, which frequently gives him lounge access (in addition to other perks like free bag check and upgrades) so getting an airline card may also be a good solution.

2. I booked tickets way too early.

For many, many years, I was a believer that the earlier you booked flights (read: almost six months early) no matter what, the cheaper they would be. Depending on the season and destination, this is not always true. Airlines generally start slashing their fares around three and a half months in advance for domestic flights, and international flights have a huge window, depending on your destination, for when the cheapest flights fall. I’ve booked flights to India (where my parents live) about six or seven months in advance, only to see fares drop a month or two later.

How to fix this: Google Flights has a super handy price graph tool that shows you historical data, showing you how likely it is for a flight on a given day to rise or drop in price. You can also save searches, and Google will email you if the price drops.

3. I spent an ungodly amount on international bank and ATM fees.

Looking back, this is probably the dumbest mistake I’ve ever made. I worried a lot about carrying large amounts of cash on me, so I rationalized that ATM charges/international bank fees were a small price to pay for peace of mind. This frequently resulted in $50-$60 per trip spent on bank charges.

How to fix this: I use Charles Schwab because, with their investor checking account, they let you use any ATM in the world for free. At the end of the month, I get a refund for any ATM fees I’ve been charged that month. Not only is this great for NYC, where it seems like everywhere is cash-only-with-sketchy-ATM-out-front, but it also makes accessing money on international trips much less of a hassle.

4. I refused to invest in luggage.

For the first few years I lived away from my parents, I insisted on using one of the suitcases my parents had used when they’d immigrated to the U.S. — 20 years ago. When that suitcase’s handle broke off in the middle of an airport run, I went out and bought the cheapest suitcase I could find, figuring anything would do. I used it for less than six months before the wheels permanently jammed, and it ended up being just a bit too big for the carry-on size allowed for most domestic U.S. flights, which led to a lot of anxiety in the boarding queue.

How to fix this: Invest in one, really durable carry-on bag. I finally caved into splurging on a nice piece of luggage, and ended up with a super-light Delsey wheeled carry-on, which, thanks to a great deal, ended up being around $80. It’s been one of the best investments I’ve made. Even after nearly three years of service, it’s functioned beautifully and it complies with every airline’s luggage standards. Investing in one quality bag that you can take everywhere will save you a lot of headaches on your trips.

5. I visited attractions I thought I would want to see.

Particularly during trips early on in my traveling career, I’d “economize” by planning a really short trip somewhere really great, then trying to cram everything into three days of sightseeing. This generally resulted in sprinting from museum to archaeological wonder to yet another tourist trap, and frequently ended with me (or my travel companions) spending a small fortune in entry fees, but being pretty irritated.

How to fix this: It took me a really long time to admit to myself that I’m not a museum person. But now hitting every major museum in a city is no longer something I feel forced to do on my trips. When I plan trips now, I prioritize a few big-ticket things I really want to see, but I make sure that the majority of my schedule is filled with things I actually enjoy doing, whether it’s taking pictures at night or browsing in bookstores. Not only has this been a huge timesaver, it’s also cut down a ton on the amount I spend on entry fees. Also, many cities have passes that can really cut down on costs. For instance, Paris has an amazing four-day tourist pass for 50 euros that gets you into every attraction you could think of (including Versailles) with priority line access. Buying the pass easily saved us close to 70 euros on entry fees, and probably several hours of waiting in line.

What are your favorite ways to save on travel? Sound off in the comments.