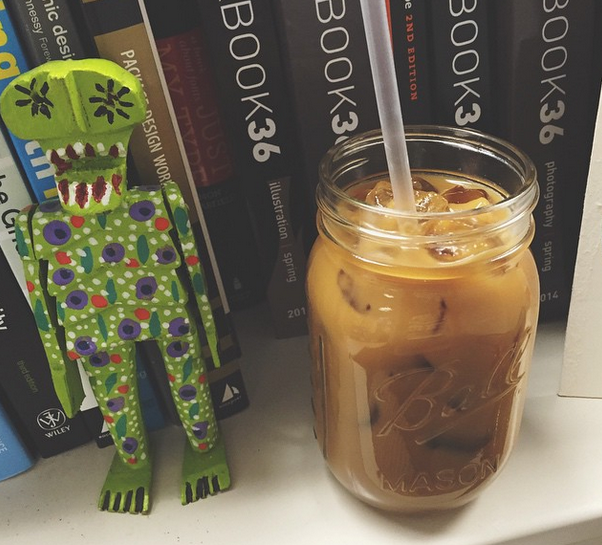 Every week I go to happy hour with the same group of girls. There’s five of us and when we started the tradition, the break down was: 1 PR girl, 1 girl in advertising, 2 Hollywood assistants and 1 girl in fashion. So, in other words, a typical break down of five 20-somethings in LA.

Most of us are from New England, though, and thanks to the modesty that can be chalked up to the influence of our puritanical roots, we don’t talk about money very much. We were taught to work hard and save money and never, ever ask people how much money they made. We stand by this for the most part, but our relationship finally reached the point where it was less taboo to talk about money. No one gets bogged down on the nitty-gritty details of who makes $12/hour versus who makes $19/hr, but it has became kosher for us to share who was salaried, who had a good benefits package, and so on.

Around the same time, I started getting close enough to my coworkers to start talking dollars and cents. In this atmosphere it is very much about the nitty-gritty, and once I got over the shock of talking openly about money, I found it really helpful.

If you’re an entry-level employee, these are the five biggest reasons you should be talking about money more with your peers:

1. The person sitting next to you at work could be making more money than you for doing the same job.

After working at my company for six months, I got a very small raise for making a lateral move. My close friend had worked at my office for a full year and then made a lateral move but got no raise. So after two years with the company she was making less than I was when I hit my year mark. She would never have been motivated to do something about it if we hadn’t talked about it enough to realize the discrepancy.

2. It’s easier to stick to your budget if your friends know that you need to be on a budget.

It’s the sad truth. You’re much more apt to stay on budget if you announce to your friends that you’re not going to over spend this month. If you say you’re not spending money on alcohol this month to people who will hold you accountable, you’re less likely to order a drink at happy hour.

3. You will learn how different industries compare in salary.

If your friends are in a similar age group but a diverse set of industries, you start to gauge how your job compares to an entry-level job elsewhere. What industries pay their employees overtime? Which companies offer a 401(k) right away? You’ll find that some of your friends don’t pay for their benefits at all through their company, while others pay more than you do per month.

4. You will adopt money saving habits of your friends when you actually share them.

When you’re honest with other entry-level employees about how tight your budget is, you can start sharing where you each cut corners. The day you and your favorite coworker admit you can’t afford to go out to lunch together as often as you do, and instead both start bringing lunch from home, is a milestone in your professional life.

Your first year in the professional world is filled with some startling and unsettling realizations. For example, the realization that you brought home more money on a busy night at your old waitressing job than you do after spending 8 grim hours in a cubicle. You think that your job is safe and well-cushioned, then learn that your coworker has been laid off and it could’ve just as easily been you, because unfortunately the bottom of the food chain is usually the first to get cut.  When you start talking to your coworkers or close friends more about money. you’ll realize what perks — monetary and otherwise — you take for granted.

The point is, talking to other people around your level about money is just one more way to help you determine whether you’re being compensated fairly by your industry standards. It’s also good practice to learn to talk about money amongst peers without being boastful or catty. I still rarely ask people, flat out, what they make. But when I do, or when people ask me, it becomes a way to talk openly about money with someone who’s clearly looking out for me financially, or needs help shaping their budget.

Maya is a writer in Los Angeles. She is on Twitter.