5 Reasons My Husband And I Have A Joint Checking Account 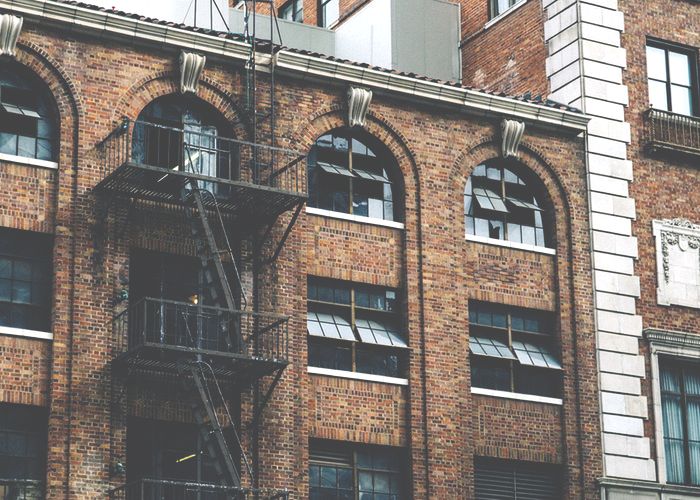 About nine months ago, my now-husband and I decided to open a joint account. We’d been living together for over a year and while our makeshift you-write-me-a-check-for-rent-and-I’ll-deduct-that-from-the-amount-you-owe-for-groceries-and-let’s-both-just-throw-our-change-in-a-jar-and-hope-it-adds-up-to-enough-to-pay-for-car-insurance setup had been working out okay, I realized that there had to be a more efficient way of doing things. Combining finances has always kind of terrified me because I had the nagging feeling that by giving up control over money, I would be giving away a huge part of myself. I was also scared it would turn me into a miserly Scrooge who never let my husband buy anything for himself.

Turns out, neither of those scenarios were true and, honestly, opening our joint account was by far one of the smartest moves that we made before getting married. Here’s why I’m glad we took the plunge, and merged our finances:

1. It forced us to create a budget

I have a terrible confession to make: it took me 28 years to actually create a real budget. I’ve always been financially savvy, in that I don’t spend very much money, but to be honest the idea of creating, like, an actual spreadsheet to keep track of stuff just never really crossed my mind. I signed up for an account with Mint ages ago, but it only showed me where my money was going, and didn’t actually help me learn how to make a budget, so I kind of gave up on the whole concept at that point. But once we started thinking about combining finances, it became very obvious that we needed a much better handle on how we were both using our money. So, I did what many wise Financial Dieters before me have done and bought You Need A Budget. It made it so easy to actually see how much money we were left with after expenses every month, where we were spending more than we were comfortable with, and how to cut down if/when we needed to.

I suppose we could have just thrown two paychecks into a joint account and watched what happened without any guidelines, but that most likely would’ve led to a lot of hand-wringing and nagging on my part. I’m glad we never tried that route.

2. We had to decide early on who was “in charge” of paying the bills, and keeping the budget.

Money is one of the major reasons couples fight. Given that my ultimate goal with my fella is to not get divorced, I wanted to get really honest with each other about money before we got married. We started with this conversation and it quickly became clear that I’m a lot more hands-on with my money than he is. While I may be a budgeting novice, I’ve always made it a habit to check my credit card statements and my account balances frequently to make sure I’m still comfortable. My husband has had a much more lackadaisical attitude with money: When he had it, he would spend it. When he didn’t have it, he would be much more frugal.

So, I took the reigns on organizing our finances. I don’t mean to imply that my husband doesn’t have a hand in financial matters, because we are in a partnership, and we have a lot of ongoing conversations about the state of our finances. But when it comes down to the nitty-gritty of who reconciles the budget every month and makes sure that the right bills are getting paid with the right card (gotta maximize those bonus points!), I’m the one who handles it, and I prefer it that way. I’m so glad I didn’t marry someone who wouldn’t be okay with that.

3. It forced us to get on the same page about our savings priorities

It was easy for us to decide that savings is a priority for us, mainly because our house needs serious repairs, so any extra money left at the end of the month gets thrown into our renovation fund. But I’m still glad that we had to have this conversation before we got married, because money can get sticky once it goes from “mine” to “ours.” We both decided to maintain separate accounts as well, so that if there was something completely personal that we wanted to buy, we can use our own money for it. Otherwise, we have a list of priorities that we came up with together, and we save for them as aggressively as we can.

4. It made him feel more invested

In a strange twist of fate, I put an offer in on my house two days before I met my husband. I probably would not have purchased this house if I’d known he and I would be married within two years, but that is neither here nor there, and the important takeaway is that the mortgage is in my name only. So, before we were sharing finances, my husband would write me a check for rent. While this was not a huge deal, he’s mentioned that one of the greatest benefits he’s felt from combining our finances is that we now use our money to pay the mortgage, and he no longer feels like he’s paying me rent. This has given him a sense of shared ownership in this huge investment in our future, which I think is pretty cool.

5. We got some free money out of the deal

After months of talking about opening a joint account, the thing that spurred us into action was a promotion that offered $200 just for opening an account. While you won’t usually make out like a bandit just by opening a new joint bank account, a few hundred dollars was a pretty good bonus for kicking off our joint financial future.

Michelle is a writer, social media marketer, and DIY-lover living in Baltimore, MD. You can follow along with her old lady adventures at her blog, That Grandma Life.