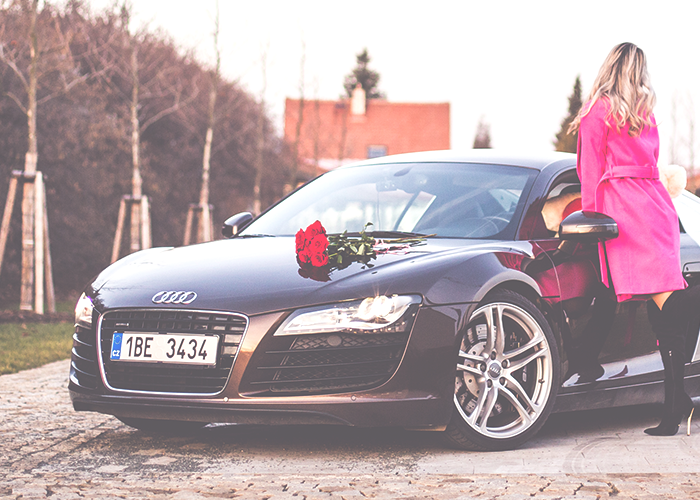 I graduated from university in August of 2014. That’s when I started to become more money-aware. Until then, I was checking my bank account regularly to make sure I didn’t overdraft, but that was about it. I didn’t spend too much when I knew the balance was low, but I didn’t save. I told myself that saving would be something I’d get around when I got a job. I now wish I had started saving earlier, but when I graduated, I was full of hope: I was going to be good with money and still enjoy life.

Unfortunately, throughout the first year after graduation, I was earning very little. I was working as a teacher, which you would expect would earn me a decent salary, but because I was employed on a temporary contract for the whole year, it meant that I was not paid during the holiday. I spent the entire year saving my money in preparation for the unpaid two-week holiday, when I would still be responsible for rent and necessities. It was incredibly stressful. Despite these challenges, I managed to save a little bit -– sometimes it was as much as £100 a month, but often, it was less. I told myself it was a first step.

In September of 2015, I got a new job with roughly the same salary, but I was employed under a permanent contract; there were no more unpaid gaps during the holidays! That’s when I decided to make a serious effort to get better at managing my money. I had a lot to learn, but I treated it like studying –- there were rules to learn. But by following these rules, I could finally become financially secure and enjoy my life without the stress that having no money can cause.

1. I started tracking my spending

I kept every receipt and entered every penny spent. I regularly checked where my money was going over the course of three months. Surprise: I knew my smoking addiction was not only terrible for my health, but expensive -– it turned out it was nearly twice as expensive as I had estimated. The whole time that I was trying to cut down on shopping or eating out, I was spending nearly twice as much money on smoking alone. (Today, after quitting and starting again several times, I still haven’t stopped smoking entirely, even though I want to. I have cut down my cigarettes per day, and I’m working on quitting completely.)

2. I started a budget (which I eventually abandoned).

Budgets were completely new to me. I had already read so many articles about people finally achieving financial security after they started a budget that I was actively looking forward to having one. I spent a while calculating how much money I would spend on groceries, clothes, and going out…once rent and all my bills were paid. I also started a direct, automated transfer of funds towards my saving account.
My budget worked for a while, but I was incredibly stressed. I would see a nice dress in a shop and realize it was too expensive for my budget. Then I would tell myself that, because I hadn’t spent the full amount of that week’s grocery budget, I could transfer the unspent grocery money to my shopping budget. I would buy the dress, feel guilty, and decide to recalibrate my shopping budget for next month, à la: “If this dress is too expensive for my budget, I’ll just change the budget!”

After a number of these “adjustments,” my budget stopped being a budget. I’d returned to my usual spending: tons of money for smoking, a bit for groceries, a bit for going out (I don’t go out that much, and people in Europe tend not to eat out very often), a lot more for shopping. The whole point of the budget had been lost.

3. I reviewed my objectives.

My top objective, at the time, was to build up an emergency fund. I had less than a month’s salary in savings, and I wanted to increase that padding. I don’t believe in the six-month emergency fund because I think it would take me less than six months to get a job if I lost mine. Plus, if I were to fall ill, I know many of my expenses would be covered by my national insurance (in addition to the private one I get with work). That said, I wanted (and still want) a three-month emergency fund to account for the time it might take me to get back on my feet.
I realized that I was able to save towards this goal easily after I set up a direct deposit (which automatically transferred money from my checking to my savings). The money simply wasn’t there to spend! This was an infinitely more effective strategy than trying to save tiny amounts of money by cutting down on eating out, new shoes and clothes, and my smoking habit.

That’s when I decided not to have a budget anymore. If you are one of those people who gets stressed out when you need to check a spreadsheet to see if eating out is in your budget or not, or you’re the person who will justing eating out if you still have lots of money left in your shopping budget, then read on.

4. I came up with a different system that works for me.

Instead of setting a budget at the beginning of each month, I sit down at my computer. First I pay the rent, the bills, renew my transport card, and check that my direct deposit has gone to my savings account, as scheduled. I have less money coming in to my checking account because I finally decided to sign up for my workplace’s pension program (sort of like Americans’ 401K accounts). My employers match up to 7% of what I put in my pension savings account, so I decided to put 7% of my paycheck in the account each month. It’s a small amount of money, but I’m planning to increase it next year, once I have reached my emergency fund goal. That said, opting into the pension savings program is something I would never have considered years ago, and it makes me proud that I finally understood why it was important.
Once I have paid all my bills for the month and set aside money in my savings account, I withdraw £50 for the week. I use that money to pay for every expense. I pay for groceries with it (my boyfriend also buys groceries, and though we don’t keep track of who pays what, we do take turns covering the expense). I use some of the £50 to eat out with my friends. If I see a cute necklace I want to buy, I buy it with some of that same money. At the end of the week, I withdraw another £50 for the coming week.

If I want to buy something that costs more than £50 (a dress, a bag, etc), I pay for it with my card and withdraw a bit less than £50 for the next two weeks. I have also started a wishlist on Amazon, but I don’t buy anything from that list until the end of the month, when I can sit back and determine whether or not I have enough money left after my savings and bills. When the end of the month arrives, I check how much is left on my account and I usually decide to spend up to £25 on something I saved on my Amazon list. Very often, however, the things I wanted two weeks ago no longer interest me; I just delete the items from the list, spend nothing, and avoid that frustrated why-did-I-buy-this-stupid-hat feeling. I transfer whatever money is left in my checking account to my savings and think of that transfer as a bonus on top of the automated direct deposit.

Since I started using this system, I find it a lot easier to resist impulse buys. I don’t think it’s because I pay cash (I tried to pay for everything in cash for a month, putting paper bills in different envelopes that were labeled with each spending category, and that didn’t work for me). I think I’m better about not splurging because I can see my £50 deplete over the course of the week; I understand — and truly feel — that the cash is gone. If I have a theoretical £50 in my bank account, it feels like I’ll ALWAYS have that money. If I have £50 cash, it feels like it’s ALREADY gone.

Though I’m using a new system, I still manage to save the same amount as I did when I used a formal budget. But now, budget-free, I’m a lot less stressed!

When I used a “traditional” budget, I could never figure out the right balance between what I should save, what I should spend, and what I invest in emergency funds and retirement accounts. All I knew was that I wanted to save, and that’s what my new system helps me to do, in a much simpler way. Now, I can sit back, enjoy my glass of wine, and relax knowing that my emergency fund is slowly building up without me worrying about it.

My rules now are very simple: I pay every fixed expense at the beginning of the month, via digital transfer, and track my automated savings transfers. I pay cash for everything else (except my Amazon wish list items), and I spend no more than £50 a week, no matter what comes up: the desire to eat out a lot, the need for new work clothes, the search for the perfect birthday present for a friend.
It took me a while to figure out a system that allows me to save without going mad. But I educated myself, tried, failed, and kept trying and learning. TFD has been a big part of that journey, and a big reason why I finally feel financial secure. I have two months’ worth of my emergency fund saved up (nearly there!), and I’m beginning to enjoy my life without thinking about money all the time.

Clara N. is a 27-year-old teacher, French by birth, and has been living in the UK for the past seven years. She works in special-needs education to support students with learning difficulties.