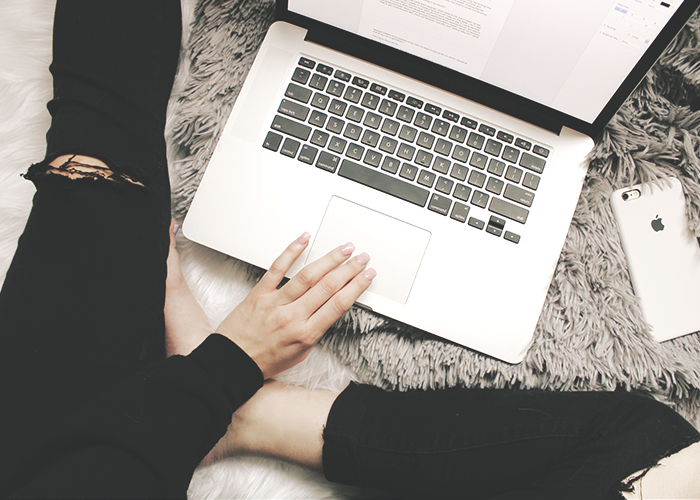 Speaking from personal experience, having a nightmare boss can make your life miserable. No matter how much you love your job/career, if your boss is awful, it can end up making you feel like you hate your career choice and that unhappiness can ultimately spill over into your personal life. No matter how much people say you should keep your business and personal life separate, we spend so many hours at our jobs (in the UK we spend an average of 42.7 hours a week at the office) that it’s inevitable: if you are unhappy in one, it will affect the other.
Let me give you a quick overview of my previous situation:
I was working in fashion buying for one of the UK’s top high street retailers. When I got the job, I was unbelievably happy and excited, as I had been studying for many years in fashion, and had completed numerous internships. All was good when I first started — the hours were quite long, and there was a never ending list of things to do, but I loved the work, and my boss at the time was happy with my progress. Then, out of the blue, my then-boss was promoted to head of the department, and I was told that a woman I had yet to meet (she had been on maternity leave) was coming back to work and would be taking over.
Straight away, I was a little worried. I had heard rumors about her prior to this new development. I was told that she was quite hard in the way she operated, but that it was mainly due to a culture difference (she was from Colombia), but despite being hard, she was very good at her job. Still, I was nervous (especially after I was told she had made her last six Buyers Admin Assistants cry at some point whilst working for her), but I kept the worries inside and instead tried to think of the positives.

Well, as you can probably tell from the title of this post, it didn’t end well. While on the surface she was nice (and she was exceptionally good at her job as a buyer, just not as a manager), she was the epitome of a nightmare boss. Her way of trying to teach you was to belittle you in front of others, talk down to you, and generally make you feel like you were the worst person at your job. I was expected to work from 7-8 AM in the morning through to 8 PM at night, and nothing was ever quite enough. To put this into perspective, when I started at the company, everyone from the other teams wanted to work on the team I worked on, as the original buyer was known to be great to work with and for. By the time I left, everyone was worried that they may be transferred to that team, and were trying to figure out ways to get out of it if they could. In the end, I left a job that I loved after just one year, moving into a role that I didn’t love (and ended up leaving that role after just five months).
Will all this in mind, here are some pointers to deal with a nightmare boss:
1. Check yourself

When you feel like your boss is always down your throat or never particularly happy with you, the first thing you really need to think about is…are they justified? Have a really good think about if you are really doing your job to the best of your ability. Are you getting to work on time? Completing all your work? Being polite and professional?
Although my old boss was a bona fide nightmare to work for, when I really think about it, I probably wasn’t doing the very best job I could. This goes round in circles really; there was too much work to do, and I wasn’t willing to work from 7 AM until 8 PM (my commute was three hours both ways added on top of this). But this meant that I rushed things to get them done and sometimes made mistakes, which in turn gave my boss another excuse to berate me.
If you genuinely feel you are doing your job to the best of your ability, move onto point number two…
2. Get advice

If possible, I would advise speaking to some of the people around you — those from within the office environment as well as people from outside of work. Make sure they are people you trust and feel comfortable with. When speaking to a colleague, try and get their opinion on the situation, find out if they have noticed the tension, or ask for advice on how they think you may be able to handle things. When speaking with someone outside of the work environment, explain your situation, and see what advice they may give. It may be that you disagree with some of the things you are told, but this can be a really great way to gain perspective.
I was given a lot of advice that I didn’t take on, but it did is confirm that I had to try and tackle the situation, and that it wasn’t acceptable for it to continue.

3. Try and speak with your boss
This can be tricky, and how the conversation goes will be completely down to the grievances you have, what you want out of the conversation, and how your boss reacts. Make sure that when you sit down to talk with them, it’s in a professional manner, maybe in any one-on-one meetings you may have. If you do not have one-on-ones, try and schedule some time into your boss’ calendar. Doing this means that you have a specific amount of time set out to sit down and discuss your issues, and then you can plan what you want to say. Don’t go gung-ho into it and start telling your boss all the things that are wrong with them, as that will definitely not get you anywhere. You could start with asking them how they think you are doing. It may be that you are not doing something they want, but they are not articulating it properly. Or, you could start by asking for advice on how you could improve in a specific task, giving them the opportunity to explain what they want from you.

It could be that your boss is just one of those people who gets off on making others feel bad, but at least if you do this, you will know you tried. My attempt at this was good and bad; I got some really great advice on prioritizing, but I also got told in no uncertain terms that I was expected to come in early and stay as late as needed to get the job done. There have been jobs I have been willing to do this in, but as far as I am concerned, I will not do this for someone who shows no appreciation, and you shouldn’t either.
If you still feel the issue is not resolved…
4. Speak with your boss’ line manager
This is a tricky one, and it is not always possible. I did speak with my boss’ line manager (she was my previous boss), but I didn’t really get what I needed out of it. In my case, my previous boss had worked with my current boss for a number of years, and they were friends. It was widely known that my boss was not nice to work with, but because she was good at her job, it was just expected that you would put up with it until you were promoted.
It may be that you are friendly with your boss’ line manager already; even if this is the case, still tread carefully, as you do not want to look unprofessional or jeopardize your relationships further.
5. Speak with HR

This one has to be a last resort. It isn’t something I did, and I now wish I had. At the time, I felt uncomfortable, and felt it may be held against me. Ultimately, if your boss is treating you unfairly and there is any kind of bullying involved, you should contact your HR department. I was bullied in my job and ended up leaving a role that I loved, all due to one person. Unfortunately for me, the company did not complete an exit interview. If they had, it would have given me the opportunity to speak with them.
If your company does not have a dedicated HR team (I know lots of smaller companies that do not), and you feel you have no other avenue to go down, then I suggest contacting an organization like the Citizens Advice Bureau in the U.K., where you can find articles to help as well as contact them about specific issues.
Louise is a Freelance Writer, Blogger, and full-time Assistant Category Manager. Currently a little lost in her career path, she’s working to find her passion. She spends her personal time looking after her two miniature dachshunds and writing on her blog The Wake Up Call.