5 Things I Did To Survive My “In-Between Jobs” Phase 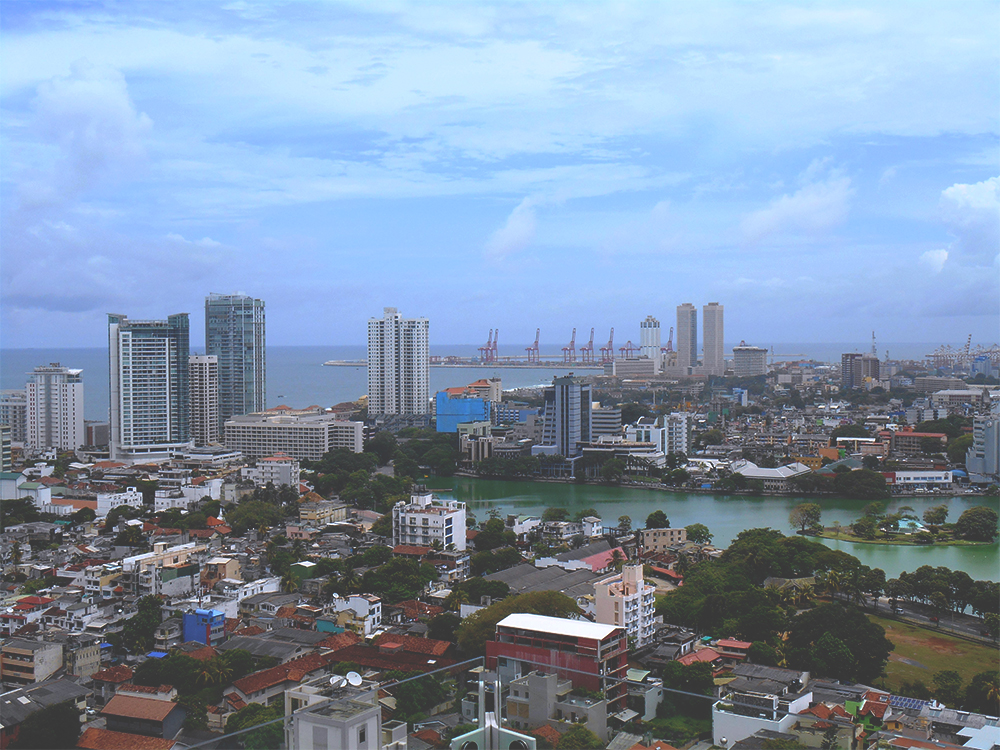 If being unemployed at the age of 26 wasn’t enough of a nightmare, being unemployed in a developing country was a different story altogether. For starters, in Sri Lanka (where I live), there isn’t any sort of government welfare you can count on, even for those of us freshly out of university and looking to land their first real job. No monthly checks to at least help you keep going until you find another job, and certainly no state help with finding you a placement. Basically it’s just you, all on your own, in the hell that is extended unemployment.

For over three years, I was making ends meet by working as a freelance writer for a local newspaper. It wasn’t until about a year ago that I was hired full-time at a marketing company, and though the pay isn’t ideal, it’s certainly a big step up from living off of my savings and unreliable freelance jobs in the time I spent unemployed.

Here, the five things I learned about staying sane and keeping financially healthy while in the between-job purgatory.

1. Take up temporary work, but be discerning.
Bouncing around temporary freelance assignments may not be the most prestigious career path in the world, but if it’s financially beneficial for you, do what you need to do to make money. I use the words ‘financially beneficial’ because as a freelance worker, I have had more than my fair share of bargainers to deal with. Unfortunately, it’s often the people who demand the most work who offer the least fair pay, and you must learn to avoid these situations — to not count them amongst your ‘financially beneficial’ decisions, even if it’s technically a little bit of money (especially if taking on the assignment is going to cost you in transportation or have to make you sacrifice time that you could spend on other valuable freelance work). Otherwise, take up freelance work wherever you can find it, no matter how big or small it is (as long as it’s fairly compensated). This could mean calling random people for an event (PR companies like to outsource work), doing translations, or even at the very humbling least, cleaning apartments and houses.

2. Avoid shopping.
My relationship with online shopping started when I became a proud owner of my very own bright pink visa card. I would online shop often — it didn’t matter if I actually needed something or not. I shopped because I was bored. I had the keen ability of rationalizing every purchase as a necessity. I would see a beautiful LBD that was going on sale at a great price and I told myself that of course I would wear at least 3 times, so I bought it. I admit, shopping was an easy distraction for my unemployment blues, but it was also my biggest enemy. The best thing you can do is to physically stay away from any kind of shopping you can avoid – kitchenware (I have a fetish for pretty ceramics), clothing, books, shoes…etc. Learn to not rationalize these purchases, and to cut up your cards if you have to. Your wallet will thank you.

3. Keep extremely careful track of your spending.
Whenever I have had the burden of handling someone else’s money, I somehow became the best bookkeeper in the city. But when it came to my own personal finances, I was all over the place, and totally disorganized. (It’s easy to do this when you’re not taking in enough money to think that a budget “counts.”) More than once I had noticed disparities in my savings, but had no way to check on it because I had never kept a written track of my accounts. I suggest that you invest in a little single rule book to track all of the purchases you make, or keep all of your different accounts — credit, debit, savings, even if they are at different banks — conveniently on your phone. Keep bills and receipts, and check on your savings on a weekly basis. Once you start doing this, it will not only help you balance your finances but it will soon become clear how the “it’s only a $100 dollars” purchases add up. You will also notice many little disparities (a card rung twice, a bit of extra tip added on) that you otherwise would never have caught.

4. Stick to a budget based on your lowest earnings.
Most of us Lankans have the luxury of living with our parents, and therefore some of us pay for nothing. Then some of us (like me) pay for most things, and still some of us (those who live on their own without any financial assistance from the parents) pay for everything. If you’re in the last two categories and currently between jobs, try this. Make a list of thing you need and the bills you have to pay for the month, and allocate yourself that amount. For example your food including groceries will come to say 5000 lkr ($38.00) for the month, transport would be 2000 lkr ($15.00) and rent would come to 4000 lkr ($30.00), add it all up and allocate that amount to yourself, with a bit left over for incidentals. Until you are earning in a more stable, dependable (and lucrative) way, live as though this is all of the money you’re earning. It’s easy to get excited over a single freelance check, but until you know that this money will be available at all times, it’s best to act as if you don’t have it. (Except for the rare, rare splurge.)

5. Keep busy, busy, busy.
If you are a workaholic like I am, who is used to doing something at all times, this particular phase feels like torture. When you are unemployed you literally feel the time passing and I guarantee that it will drive you nuts. This tension can affect your performance on interviews, strain your relationships, or worse, influence you to make hasty and poor career decisions because you feel as if you just need to get back to work at any cost. It’s crucial to keep your mind and body busy without putting a dent in your savings. Read, exercise, take up a new hobby that distracts you from spending money but enriches your skill sets, volunteer, blog… anything to keep you occupied. In fact, take this time to discover new things, teach yourself some useful skills, and who knows? You might be having a lucrative Etsy business in a few months.

This ‘in-between’ jobs stage was most definitely one of the most frustrating periods of my life. The slow-but-extremely-visible depletion of savings while I played the never-ending waiting game felt stressful and incredibly frustrating. But having gone through the experience and come out the other side with a real job, I have to say that is wasn’t ALL bad, and there were a few useful lessons I took away from it. For instance, the string of temporary jobs gave me new areas of expertise which were entirely different from the work I did when I had a permanent job.

And it was thanks to this unemployment, and the sting of learning that a degree doesn’t always mean a job, that I discovered that I’m a better writer than I previously thought. This particular skill has kept me financially and mentally afloat, even during my bleakest hour, and provided me a means through which I can make a living. But learning to manage my finances under the pressure of unreliable income, and to rely entirely on myself, has been the most valuable lesson of all.