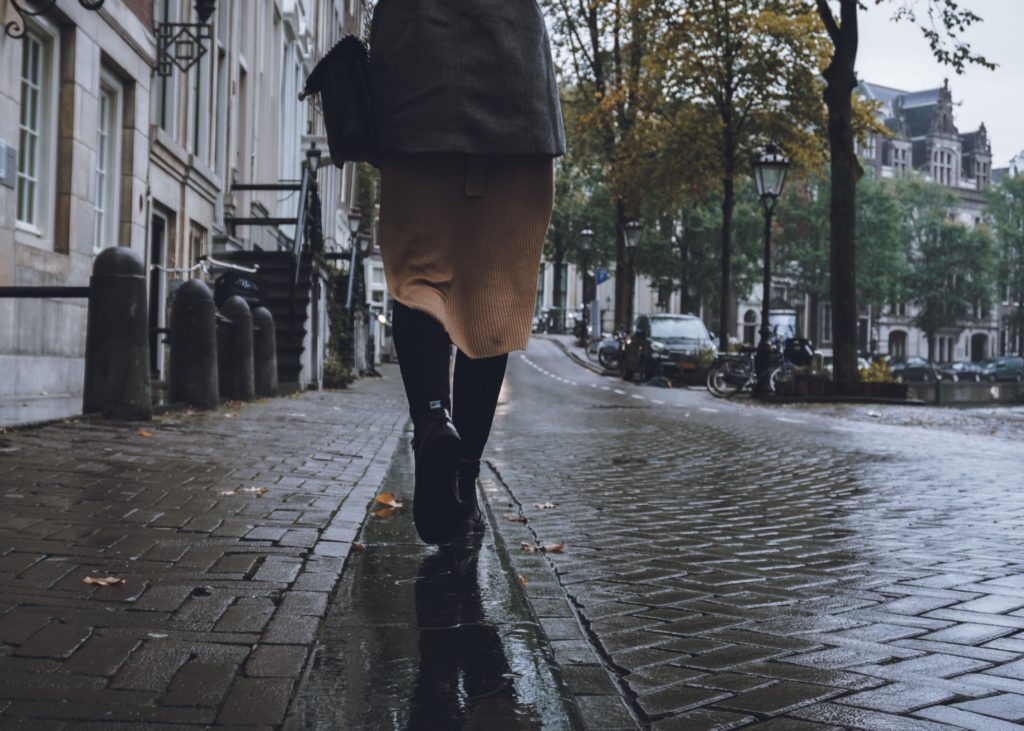 As I tumble toward my thirties in a state best described as a controlled fall — and drowning in debt — I’m struck with a few financial take-homes.

For me, this decade brought five years of an eating disorder, four trips I could not afford, three devastating relationships I actually learned from, two professional disasters, and one cancer diagnosis. (To the tune of “12 Days Of Christmas,” please.) Needless to say, as is the case for almost everyone on the verge of thirty, I’m a changed (“enlightened”) person with tons of advice I’m all too eager to dispense — because I am the vision of wisdom now, clearly.

Seriously though — some of this stuff might be food for thought and, among the many tidbits of experiential wisdom I’ve garnered from the past decade of my life, I can now very clearly see some financial “mistakes” I’ve made that I’d love to share in the hopes that they might inspire you too to get real and take a similar inventory of your life — no matter the age you are. So let’s dive in.

Having grown up in what was at the time a low-income family, money was a real source of tension and anxiety for me throughout my teens and into my early twenties. But good news! Somewhere in there, I decided this would be no longer.

Suffice it to say, I overcorrected. While I don’t regret loosening my purse strings as a whole, I wished I’d been more thoughtful with my purchases. Do I wish I hadn’t backpacked around Europe on credit? To be honest, no not really. It wasn’t a smart decision, but I don’t regret that trip. What I do regret, though, is buying those two cocktail dresses that I would seldom or never wear simply because they looked great on me. I really, really didn’t need that fully-sequinned white bustier either.

At the end of the day, I wish I’d been more realistic about value as compared to cost.

In my early twenties, I became fleetingly obsessed with artisanal teas. I loved the packaging they came in, having a variety of flavors on hand, how they looked lined up on my shelf and (sadly) their (nonexistent) calorie count. So, seemingly overnight, I became a tea person, drinking four to five cups of the stuff a day — and spending hundreds of dollars on it over just a few months. Around the same time, I found myself infatuated with nail polish. I started doing at-home nail art, made a custom polish shelf, and was the proud owner of at least 60 vibrant colors of not-so-modestly priced lacquer. Again, hundreds down the drain.

Eventually, both the tea collection and polish collection were given away — destined, ultimately, to become someone else’s problem. Although this may have seemed unlikely at the time, I find myself now, here, nearly ten years later, definitively not giving a shit about nail polish or tea. Go figure.

The moral of the story here is that, should we find ourselves suddenly into something we didn’t particularly care about a month or even week before, we should put a clearly defined spending cap on that new (and likely fleeting) hobby. I could have explored both of these interests for less than $50.

Intermittently throughout my twenties, I found myself in short-lived relationships that ended up costing me big time — in more ways than one. Less interested in any of these individuals than I was in the dopamine hits and cheap thrills of a fresh romance, I found myself throwing caution to the wind financially.

I’m a woman who believes in picking up the check — and who’s quickly discovered that less-than-stellar people love to take advantage of that. After grabbing the bill on the first date, I’d often find myself watching people who clearly did not care about me take advantage of my generosity. They realized I would, so they waited. I wanted to be likable, so I did. Retrospectively, not a single one of these people deserved a second of my time, let alone a cent of my money, and I wish we’d split the bill from the get-go.

I’m a foodie, for sure, and a reasonably social person. Going out to eat is, in fact, one of my very favorite things to do. I spend a small fortune on it, and I don’t really expect or desire to change the fact that it’s a large part of my budget. I love the ritual of going out, sharing the outing with someone you love, and the experience of really enjoying a meal I’ve had no part in preparing. This is a high-value-for-cost part of my life.

That said, I all-too-often still find myself adding a drink I don’t need to my bill, which can sometimes even double the cost of these experiences I so enjoy. So, whether it’s the $9 green juice, $5 coconut shake, or $13 cocktail, I plan to go into my thirties more mindful about spending on beverages not only to decrease my tabs overall but to be able to have more of these experiences on less money.

Another major mistake I made in my twenties — and what is retrospectively a very obvious one — was not saving at all. I was very much of the mindset that, since I couldn’t save aggressively, I shouldn’t bother, and that was a huge blunder on my part.

Not so connected to the abstract idea of a 30-year-old me appearing someday in the future, and living with the overwhelming privilege of having a safety net (in case I was, you know, diagnosed with cancer or something awful like that,) I just spent.

Now, some simple number crunching tells me that if, upon turning 20, I’d started to put away just $50 a month (something I reasonably always could have done) I would be sitting on $6,000 dollars right now and, despite my credit card and student loan debt, would have a safety net or — if invested — a considerable amount of money working in my favor.

Everyone has pretty different weaknesses financially and otherwise — luckily for me, I’m pretty introspective and mine are pretty easy to pick out. They’re also pretty easy to write off as just “part of who I am” or “in my nature,” and that’s precisely why I’ve written this piece.

To commit to paper, and expose to the public eye, the problematic habits that I’ve let wreak havoc on my finances over the last decade is to be forced to change them — and to, in turn, relish in the benefits of these simple changes. I’m old enough to know, now, that forty-year-old Emily is not an abstract concept but a very real and impending future version of myself who I’d like to be in a lot better of a position than me, now, at nearly thirty.

Wish me luck — or just responsibility.

Born and raised in Eastern Canada, Emily Court is a young professional and recovering financial disaster. Having made a career for herself in content creation, she feels privileged to edit, team lead, and work in marketing full time — all from the comfort of her super-soft modal pajamas, and within three feet of her fridge. She’s an experienced world traveler, having visited over 23 countries and proudly brandishing over $23,000 in debt to show for it! While she’s in large part “sorry, not sorry,” (and let’s not forget eternally grateful to have had the privilege to make such “mistakes”) she’s also committed to practical, feasible, and gradual change.