5 Things In Your Home You’ve Probably Never Cleaned, & How To Tackle Them 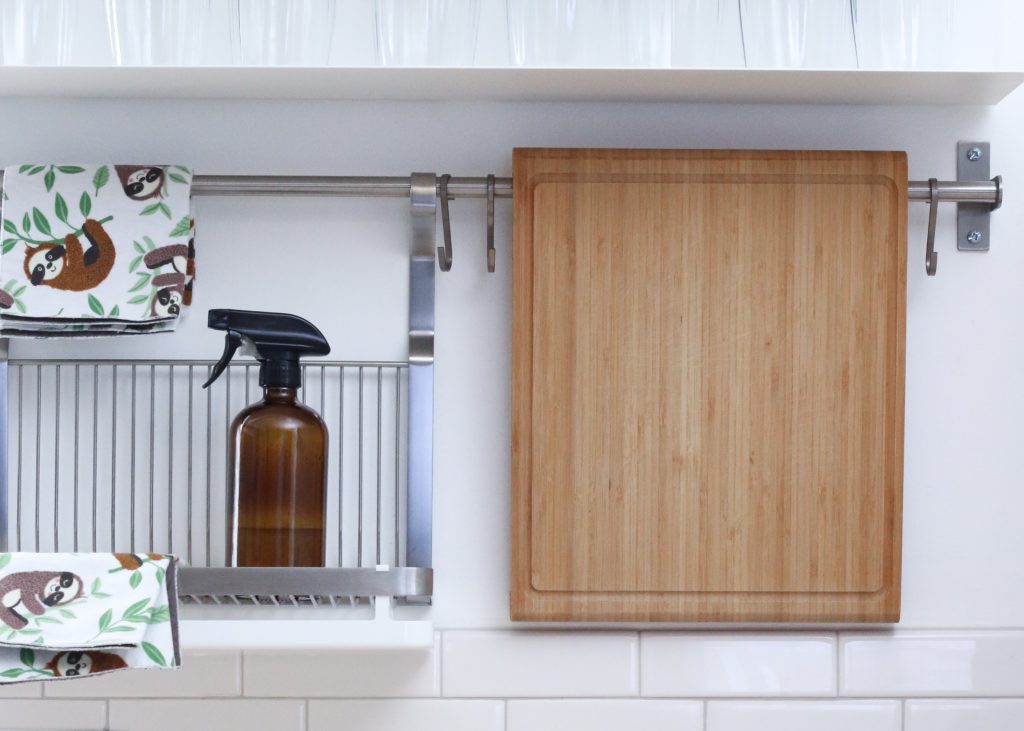 We all know we should run the dishwasher when it’s full and vacuum our homes occasionally, but there are plenty of things we’re all forgetting to clean on a regular basis. Some of them we can just collectively agree to ignore — no one is actually flipping their mattress every three months, right? — but some of them are too crucial or gross to just sweep under the metaphorical (or literal) rug. Here are the cleaning challenges you’re missing, the best way to tackle them, and how often you should be doing them.

There’s nothing like a nice, cleansing shower after a long day or sweaty workout. I prefer my water pressure just short of “open fire hydrant,” but a few months ago it started to feel like more like “sad trickle from a garden hose.” I took a closer look at the shower head and realized that it was clogged to the point that water wasn’t even coming out of some of the holes. My area is known for hard water, and I needed to descale that shower head in a big way.

To remedy the situation, I mixed together equal parts of regular white vinegar and water, put it in a plastic sandwich baggie, and rubber-banded it around the neck of my shower head for an hour. The next time I took a shower, it was as good as new. Now I do this every six months or so and can enjoy skin-peeling water pressure without interruption.

2. The outside of your refrigerator

You probably know to clean inside your refrigerator, toss moldy produce, and purge expired condiments every once in a while, but have you ever cleaned the outside of your refrigerator? If the answer is no, it’s time to start. First, take a look at the top of the refrigerator if it’s exposed instead of encased in cabinets. There’s probably a layer of dust up there that deserves a good swipe. Then, wipe down the front and sides with a multipurpose spray and sponge. Finally, using an antibacterial wipe or disinfecting spray, go to town on the handle. Think of how many times you reach for that handle, and how clean your hands are (or aren’t) each time you touch it. Then give it another once-over, just for good measure. Try to do a thorough outside clean quarterly, and get yourself into the habit of cleaning the handle as often as once a week.

I had literally never cleaned a ceiling fan blade until a few years ago. When I was stretching on my living room floor, I looked up at the ceiling fan and realized it was positively furry with dust. I spent the next horrifying hour cleaning every ceiling fan in my apartment for the first time ever — even though I had lived there for almost four years. It had never occurred to me before that ceiling fans could get dirty just by moving air around. I later learned that fan blades (ceiling or otherwise) literally attract dust, because as they move through the air, they generate a bit of friction that causes the blades to build up a charge, making dust and particulates in the air stick to them. All the more reason to clean them regularly!

You can take an old pillowcase, place it over the blade, and pull the dust into it as you wipe the blade down, catching everything in the pillowcase. You can also just spray a paper towel or cleaning rag with some all-purpose cleaner and make a little pocket out of it, collecting the dust as you pull it toward you. Try to clean your ceiling fans quarterly, depending on how often you use them.

It might make you feel like a character from a Victorian novel, but cleaning your windows can make a surprising difference in the amount and quality of light coming into your home. Make a simple mixture of 10 parts water to one part vinegar, get some newspapers, and go to town on your windows — the casing, the sill, and the glass itself. If you don’t have any newspaper handy, paper towels or a microfiber cloth will work just fine, although you might have a bit of lint left behind. You don’t have to do this more than about once a year, but you’ll probably be surprised at how much dust and grime build up, especially if you live in a city or have your windows open often. If you can get to the outside of your windows, great, but even just cleaning the insides will make an impact.

Most people have never thought to clean their light switches, so if you’ve not done so before, you’re in fine company. However, considering how many times a day you touch the light switches in your home, you’ll realize this is an area you should be cleaning weekly with some kind of disinfectant. I pair this task with my weekly bathroom cleaning so I don’t ever forget. It’s also a good thing to do once you’ve recovered from an illness, or if someone else in your household is sick. Germs can live a surprisingly long time on hard surfaces, just waiting to hitch a ride onto their next victim. The same advice goes for door knobs and other handles that are heavily used.

Keeping your home relatively clean and running smoothly is one of those things that can seem daunting at first, but will eventually feel second nature, even if, like me, you could still stand to declutter and vacuum a little more often. You don’t have to become Martha Stewart, but developing these habits — caring for your stuff, taking care of routine maintenance before it becomes an emergency, and generally being somewhat on top of things — is good training for your home, your life, and your financial health.