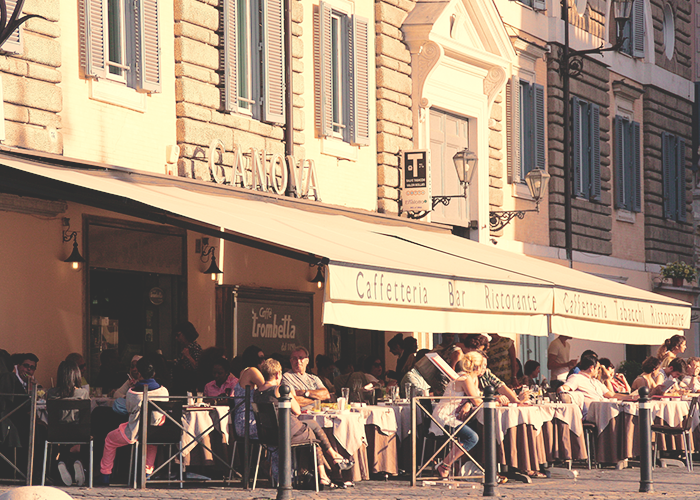 One year ago today, I made my final debt payment. I had just gotten back from a weekend in Tofino and was in Victoria, when I checked my online banking and realized how little I still owed: $495, to be exact. Knowing my next paycheck would wipe it out, I announced “10 days ’til $0!” on Facebook. While family and friends liked my status update, I started to wonder if I should just pull $500 out of savings to make the final payment. I imagined how good it would feel to see “$0,” and to have the weight that had held me back for years finally be lifted. With no hesitation, I put my shoes on, got in the car, drove to the bank, and made the final payment. And I’ve been debt-free ever since.

I’ll never forget the grin that was glued to my face for the rest of that day. Seriously, you would’ve thought I’d won the lottery. In a way, I did, but the prize was simply a fresh start. I was at “debt zero,” and the only direction my net worth could go was up. Unfortunately, a number of circumstances have made this past year one of my most expensive yet, and the fact that I’m debt-free has simply filled me with gratitude rather than joy. While I know I’m on the right track with my finances, I’d be lying if I said staying out of debt has been easy. In fact, it’s been a bigger challenge than I ever could’ve imagined. But that’s just one of the lessons I’ve learned since making my final payment. Here’s what a year of being debt-free has taught me:

1. Saving money is a skill you must practice.

You would think that after two years of budgeting for huge debt payments, I would’ve allocated those same amounts to savings and just watched my balances grow. Well, it hasn’t worked out like that. Something I’ve recently realized is that saving money is just not as much fun as paying down debt. (Yes, there was a certain high that came from knocking the total amount due down with huge payments.) Beyond the fact that the motivation to save isn’t as great as the motivation to pay down debt, saving is simply a skill I have yet to master. For starters, I’ve made it a lower priority than some other life events, when it should always be at the top of my list. But I also need to put “pay yourself first” into practice every payday, which I haven’t been.

2. Saving your savings is even more important.

Looking back, I’m actually not proud of the fact that I took money out of savings to make that last payment. Sure, I replenished the account 10 days later, but that type of behaviour – e.g. being the type of person who always takes money out of savings – is something I’ve struggled with for as long as I can remember. Truthfully, I still do. There have been at least a handful of times where I’ve taken money out of savings to pay for one thing or another. It’s never a lot – $25 here, $50 there – but it’s enough to take a small dent out of my tiny savings account, which only pushes back my goals even further. Proper budgeting helps you avoid the temptation or need to pull from savings. Although, as I’ve learned, life can still get in the way…

The past 12 months have been a serious test of my budgeting skills. For starters, I had to move twice, which wiped out everything I had saved in my emergency fund, so I had to start back at $0 in October. And in July, just days after I got back from my celebratory “I’m debt-free!” trip to San Francisco, I was driving in my car when I was hit by another driver. (Another thing I’ve learned: Even if you’re not at fault, car accidents are not cheap.) I’ve been pretty hush hush about how the accident has affected my budget, but here it is in the simplest terms: I have to pay for all my treatments upfront, then submit receipts so I can be reimbursed. Do you know how quickly that adds up? Fast. Apparently, life happens when you’re trying to learn how to save.

4. It would be so easy to go back into debt.

I’ve mentioned a few times before that I still find myself fighting the urge to swipe from time-to-time. For example, I’ve been in need of a new bed for a long time, but I still haven’t made saving for one a priority. One day, I walked into a store and tested some out, so I could figure out how much I’d potentially need to save, and I nearly let the sales guy talk me into buying one at half price. Did I have the cash? Nope. But I ran the numbers to see how many months it would take me to pay off if I swiped for it. (The answer: two.) I walked out with a fact sheet on the bed, instead, and still have yet to buy it. But this is just one example of how easy it is to get sucked into taking on debt we don’t need just to purchase something we want.

Even though it probably sounds like my first year of being debt-free hasn’t been as incredible as I would’ve hoped, I’m always conscious of the fact that I’d be so much worse off if I were still in debt. How much more stressful would moving so many times have been if I’d had payment due dates in the back of my mind? What if I’d been maxed out at the time of my car accident? How would I have paid for my treatments? Where would I be in my recovery right now, if I couldn’t afford to do everything my doctors told me to? I don’t even want to think about it. I may feel the urge to swipe sometimes, but the decision to get out and stay out of debt gives me more freedom than I could’ve asked for. Being debt-free is a gift, and I’m grateful for it every day.