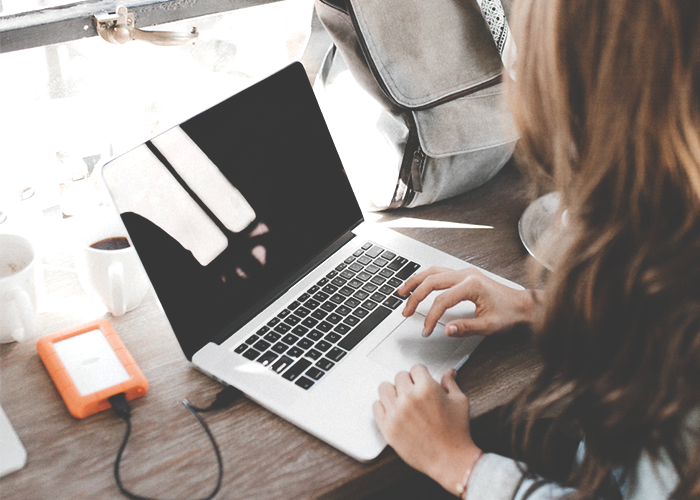 I am, in general, a pretty productive person. I know that’s a pretty vague description, but I’ve found myself pretty easily able to accomplish most every task I’ve needed to in my more recent, adult life. However, it is definitely worth noting that I’ve felt quit stuck lately, and my list of things I need to do seems to feel longer and more overwhelming with each passing day. Every time I look at the to-do list I keep on my desk, I think, “Huh? What?! This is supposed to be getting shorter, not longer!” I’m sure it has something to do with the fact that graduation is actually just around the corner now, and with only three weeks left in the semester to get things done, it is crunch time — and time to get the things done that I’ve put off until now, for various reasons.

In order to get myself back on track to ensure my productivity would increase at least a little before I sign off at the end of the semester, I had to analyze where I was going wrong, and what little things I was doing that were acting as productivity roadblocks.

Here are the five things I found that were holding me back from being more productive — are they holding you back, too?

Obvious, but worth mentioning. Even if you can physically function on little-to-no sleep, chances are your brain is gently napping while you’re floating through your day trying to accomplish things. Fun fact: very little can be accomplished when your brain is napping. Give your body the rest it needs — skipping sleep in favor of getting more things done late at night or super early in the morning can be counterproductive if you’re simply too exhausted and checked-out to actually get anything substantial accomplished.

For me, this one is huge. As I like to remind you, I don’t actually have any science-reasons for this (although I’m sure they exist somewhere), but I always get more work done if I have a big, ice cold glass of water next to me, or some sort of actually-satisfying snack

. It may just be something to distract me from my boring tasks, but it feels an awful lot like brain food to me, because I seriously believe that being well-hydrated and well-fed keeps you alert and motivated enough to keep up with your daily tasks and be more productive than you would be if you were hangry and dehydrated.

You know that feeling when you have a million tasks to accomplish, and you are so overwhelmed by all of it that you decide to remedy the stress by just doing none of it? If your list is miles long, and not broken down or prioritized in a more easily-digestible (and accomplishable) way, chances are you’re going to have a hard time getting down to business and actually chipping away at the list. Try prioritizing the tasks on your list, then breaking them down and separating them into different lists to be accomplished on different days of the week. No day of work should be so overwhelming that it turns you off from actually getting anything done.

Knowing the things you need to get done is one thing, but having them in a giant pile of “shit to do” without even sort of organizing them and figuring how and when each thing should be accomplished will most likely lead to none of it being accomplished. It is good to keep a running list of things you need to get done, but a daunting list of tasks is too overwhelming to dive into without having some sort of structure scheduled into it. Take it from the expert (me) who knows she will only ever accomplish things if they are written on multiple to-do lists, as well as broken down in daily and hourly schedules. Try scheduling

the things you need to do in time blocks so you don’t find yourself getting dizzy trying to figure out which of the 85 tasks to get started on first.

5. Waiting for a better or more optimal moment to do something.

I am so guilty of this one it is insane. What I do is actually this mixed with procrastination, which is its own breed of insanity. Basically, this is when you put off accomplishing a task — or even beginning to take steps toward accomplishing the task – because you don’t feel like it is the “right” moment yet. This is especially prevalent with huge, daunting tasks that you’re really not looking forward to digging into.

My example is pretty silly: I have journal entries due at midnight every Friday and Sunday for my classes. They actually don’t take very long to write – maybe 10-20 minutes, on average. But every time I have an open 20-minute window in my week, I tell myself “nah, you don’t need to work on that now, wait until a better time”. This is basically my way of convincing myself that I don’t have time to accomplish the assignments so I can put off doing them until a later date because I simply don’t feel like it. This is very stupid, and often leads to me having to leave the bar/party/fun event/wherever I am on Friday night to get home with enough time to spare so I can write and submit my journal assignment before the midnight deadline.

The only tip I have for this is: don’t friggin’ do it. If you have an open window of time, do the thing – at the very least, if the task at hand is bigger and more time consuming than a journal entry, start working on the task in whatever small way you can. You’ll thank yourself for just hopping in, and not trying to convince yourself that no time is quite sufficient enough for you to sit down and do the work. After all, the hardest part of work is doing it.