5 Things That Happened When I Stopped Budgeting For 6 Months 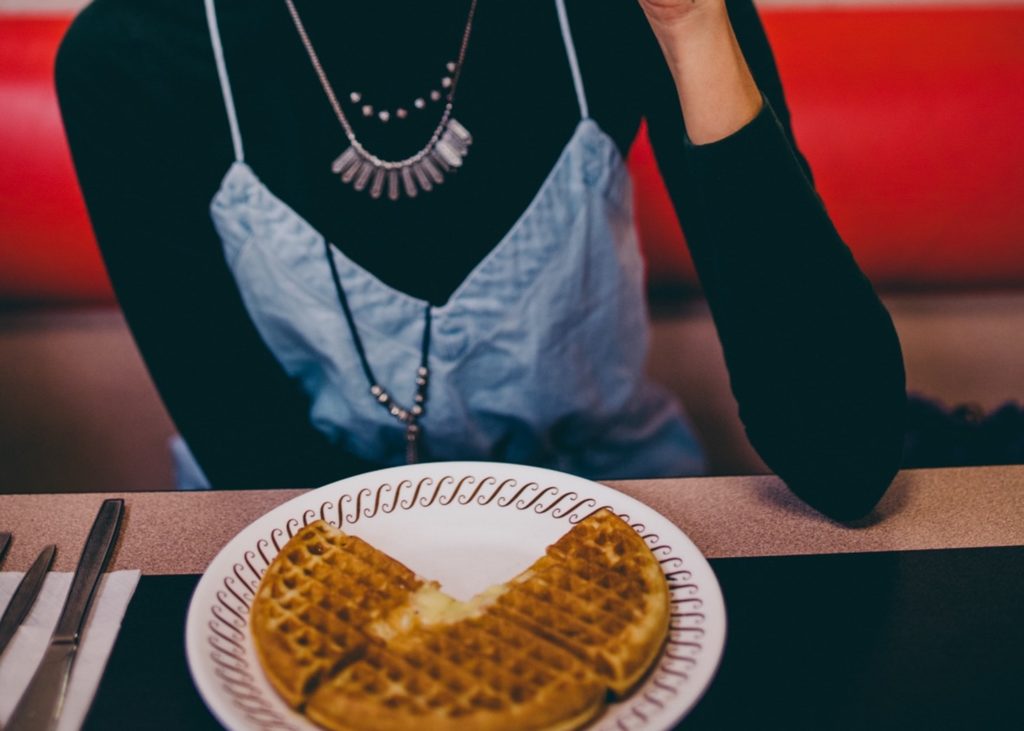 At the beginning of the year, I stumbled across a YouTube Video from CNBC Make It called “Why Budgets Are Not Necessary.” Since then, CNBC Make It has re-uploaded the video under the title “Why Budgeting Won’t Fix Your Terrible Money Habits,” as well as a variety of other videos on why budgeting is a waste of time and why you won’t find certain millionaires wasting their time with the “B” word.

As someone who’s always been a big advocate of budgeting, this struck a chord with me. It seems that throughout the years, the word “budget” has been associated with a “restrictive and scarcity mindset.” Most of these videos preach the importance of saving money, but not to bother with a specific budget.

I’ve never been very good at taking a backseat when it comes to my spending, so these approaches made me cringe. For over six years, I have been tracking every dollar I spend. I credit my budgeting skills for most of my financial achievements in life. Creating a budget allowed me to pay off my student loans before I graduated, save (and spend) over $50,000 for travel throughout my twenties, and secure a down payment for my apartment.

But was budgeting really a waste of time? Could I be financially successful without tracking my spending?

It seemed to be working for a lot of other people, and I’ll admit, budgeting is time-consuming. And really, after six years of monitoring my spending, I had spent a lot of time working on improving my personal spending habits. I no longer buy coffee out daily; instead, I’ve learned how to make my favorite iced coffees at home. I am no longer tempted by buying the latest trendy fashion pieces; I’m happy to take my sister’s second-hand clothes. And lastly, I’ve created solid saving habits by learning how to live on less.

With all of my worst spending vices behind me and my saving habits already in place, did I still need a budget?

So, at the beginning of the year, I created an experiment for myself. For the first time since 2013, I stopped writing down what I was spending. I stopped budgeting. From January to June, I just spent what I spent and saved what I saved.

In July, I did an audit of my spending to see what happened, and this is what I learned:

1. I was still spending more than I made.

After six years of conscious spending, you would think that I wouldn’t be tempted by frivolous spending anymore. But I was. Even though I know exactly how much money I make and what my expenses are, I still ended up spending more than my income. When I did my final audit in July, I realized that I was short about $591 in my budget. This meant that I was spending an extra $100/month on my credit card. And because I would just continuously pay off the balance with the following month’s income, I never really noticed it.

Although this amount didn’t break the bank, $600 is still a significant amount of money to spend “accidentally.” With the holiday season ahead, I could have easily spent over $1,000 by the end of the year and started 2020 with a negative balance if I didn’t start paying better attention.

This is why I don’t understand how people feel like they don’t have to budget. Does everyone else just have this incredible internal calculator where they can keep track of how much they’ve spent that month? My paycheck is about $1,400 CAD ($1,057 USD) bi-weekly, and while I can subtract the big expenses like my mortgage, condo fees, and utilities easily, I couldn’t keep track of my daily purchases every month. How do you know if you’re actually overspending on food or entertainment if you don’t write them down and plan for them? I hate that feeling of desperation at the end of the month when you start to run out of money, and budgeting has always allowed me to avoid that kind of anxiety.

Paying off that lingering $600 credit card balance in July wasn’t fun, but it could have been a lot worse.

2. Keeping a budget was good for my mental health.

It’s true what they say: the worst thing you can do with money is to avoid it. It can be so easy to avoid the reality of your personal financial situation out of fear because it’s scary to face the numbers. And for the first time, I found out how that felt. After the first three months, I began to feel a little anxious about my finances. I didn’t even want to come to terms with how much I spent anymore because I was scared I would be really over budget.

But once I went through my finances again in July, it was less scary. Sure, I was over budget, but now I knew my numbers and how to move ahead. It was a relief.

I also realized how much I missed keeping a budget because it had become my spending journal. One of my favorite parts of the week is actually to go through my purchases and write down what I spent money on. For some people, this can be a guilt-inducing exercise. But for me, this kind of self-reflection is actually a personal development activity. Similar to how I journal my feelings when I act in a way I’m not proud of, if I made a purchase that I regret, I don’t go into a self-pity spiral — I take it as a learning opportunity.

3. I can always be doing do better.

One of the biggest lessons I learned from this experiment is that even if I’m not drowning in debt and I’m still getting by with my bills, I could still be doing better. My life is comfortable, but I would still like to raise my emergency fund and increase my investments.

Just because something didn’t drastically impact my financial situation doesn’t mean that I can’t learn from it. If I had made smarter choices during those six months, maybe I would be in a better financial position today. I don’t think I’ll ever be perfect with money, but I can always do better.

4. I still had the skills to create a savings plan.

It was probably not a great idea to stop budgeting the year I was also taking two major vacations, but I had a number of trips this year that I had already committed to in 2018. One exception to this “no budget experiment” was my vacation planning. I still planned out and budgeted for my vacations, not only for myself (and because I used to work in travel so I couldn’t help it), but also because I was traveling with my boyfriend, and it was only fair to let him have a say on the budget as well.

This year, I went to Peru and Bolivia in April, and then to Sri Lanka and the Maldives in September. These trips were major expenses, but I had always had the personal goal to hike the Inca Trail in Peru (which you have to reserve six months in advance), and I had a wedding to attend to in Sri Lanka. I’d begun saving for these trips in 2018.

Knowing that the expenses for these trips could easily get out of hand, I created vacation budgets and a plan for how much I needed to save each month. For both trips, I surprisingly came in under budget. So even though I wasn’t budgeting on a daily basis, I still had the savings skills to plan out big expenses and not go into debt over them.

5. It doesn’t have to be that complicated.

One positive thing I realized after this experiment is that I’d been making my budget way too complicated. I used to have multiple sections for all of the different categories of my life. I used to have a category for groceries, shopping, lunches, etc., and honestly, it was unnecessary. I can see why people would be resistant to this kind of budgeting: it’s overwhelming.

As much as I hate to admit it, a lot of those anti-budget videos had a point. At the end of 2018, I did a budget summary for the first time. I analyzed my budget to see if I was following the 50/30/20 rule (where you allocate 50% of your income on Needs, 30% on Wants, and 20% on Savings) recommended by most financial gurus, and you know what I discovered? My data was useless.

Just because I wrote down everything and categorized them into nice, little, color-coded groups didn’t really mean anything in the end. Sure, I could tell you what I was spending money on, but I couldn’t tell you if I was spending it well.

So after this six-month experiment, I simplified my budget. I now have four categories in my budget: Wants, Needs, Investments, and Savings. Now, when I write down a purchase, I ask myself, “Was this a Want or a Need?” My problem with my previous budget was that I would categorize an item based on the item itself and not on its value to me. For example, I used to categorize items solely on where I bought them. Whenever I bought something from the drugstore, I would put it under “shopping.” But if I go to the drugstore to buy makeup…that was probably an unnecessary Want. However, if I go to the drugstore to buy cream for an eczema flare-up, that’s a Need and a purchase that I have to prioritize in my budget.

This experiment taught me to simplify my budget and really make budgeting a personal exercise. I now try to spend wisely by minimizing my wants, instead of updating my spreadsheet for the sake of that gold-star feeling.

I’m not anti-budget – but I see budgeting differently now.

I recently rewatched some of those anti-budget videos again, and the irony of their messages was that many of the speakers still advocated for a “spending plan” or another method of money management that was essentially budgeting. But no one wanted to use the word “budget,” because that’s become an ugly word in personal finance.

However, whether you choose to use the words “budget,” “spending plan,” etc., managing your personal finances shouldn’t be based around an interpretation of a word or it’s connotation in society. Budgeting is not about categorizing your spending, or restricting what you can and cannot have; it’s about putting a personal value on your spending. I still do not agree with anyone who says “you don’t need a budget” because we are all capable of spending more money than we make.  However, I can see that there are better ways to address budgeting, and having a more detailed budget doesn’t mean you’re doing better. At the end of the day, it really is about how much value your money is providing you in life.

Kimberly is the writer behind www.millenniallifeadmin.com. MLA is a career and personal finance blog helping millennials to develop the personal growth habits to successfully make and manage their money. When she’s not writing, you can find her watching re-runs of Gilmore Girls or on Instagram @millenniallifeadmin.