5 Things I Wish I Knew About Myself At 22 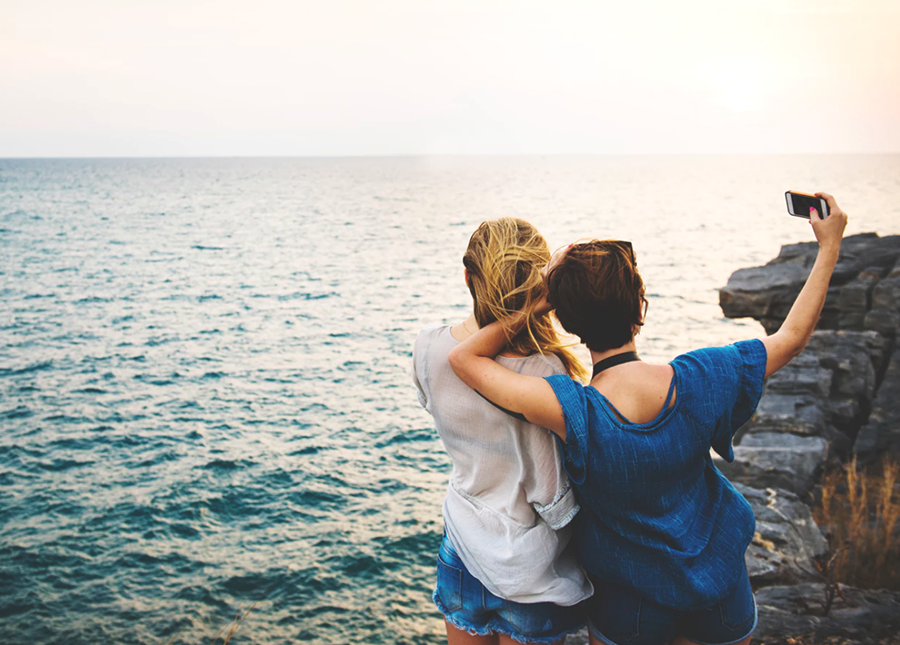 This article brought to you by Status Money.

When I look back on all the things I regret about my twenty-second year (and yes it’s a bit of an arbitrary number in some ways, but I think we can all agree that for most people, it represents a good amount of shifting from “still considering myself a total child” to “okay I guess I’m something close to an adult now”), I realize that so many of my worst habits and decisions came from a fundamental misunderstanding of who I really was. I was constantly going between wanting to magically become someone new without doing any of the work to get there, and feeling like I didn’t recognize the person in the mirror every morning. I felt entitled to a life that I objectively didn’t deserve — like most 22-year-olds, I was on the bottom rung of basically every life ladder — and I didn’t see why my starting position was exactly where a person at my level of experience or work ethic should have been. I wanted a better apartment, a better job, more recognition in my field, more money, and more time to myself. But my path to getting any of those things was… deeply unclear, because I didn’t understand who I was or what I was working with.

What really would have helped me at that time was nothing material, but really a much clearer mental picture of what I needed, and how to defeat my own worst impulses. I spent a lot of my twenty-second year with my head very much in the sand (especially about money, because it deeply stressed me out to think about), and if I hadn’t, I can’t even imagine how much happier I would have been. So with the help of our friends at Status Money, I’m bringing you the five things I wish I knew about myself at 22. Maybe, if you are around that same age and feeling a bit frustrated or rudderless with where you currently are, you can ask yourselves these questions and see if you can find deeper or more useful knowledge about yourself. I promise: as scary as it seems, knowing is always better, especially when it comes to your own brain.

1. Who my real friends were.
One of the weirdest things about being 22-ish is how much your life shifts from “the constant passive socialization of school” to “the rather stark social isolation of professional life.” You go from having people constantly around you, having big, amorphous social groups, and having plenty of free activities on your calendar, to having to plan basically everything you want to do and everyone you want to see. And when you are working a full-time job (or more), the idea of having to actively curate a robust social calendar can feel incredibly taxing. Personally, at 21, I moved to a new country where I had few friends, so I was forced to go outside of the box and often rely on the spindly social webs of the few people I did know. Friends led to friends who led to friends, and because I was so hungry to make sure I had some social activity, I spent time (and money!) with people who really weren’t more than acquaintances, and with whom I didn’t even feel particularly compelled to go deeper. Combine that with the ubiquity of social media keeping old friends in front of your face, and it got really difficult to tell who was actually meaningful to me. If I had thought to ask myself questions like “Who goes out of their way to show up for you, and vice versa?” “Who challenges you to be a better person, and vice versa?” “Who makes you laugh so hard you think you’re going to pass out?,” I would have had a much clearer and more meaningful social life. I wouldn’t have spent so much time with people who gave me so little, and felt lonely in the moments that most called for a tight-knit group of friends. Recreating those social dynamics as a young adult can be hard, but ultimately, learning who is really important to you pays off huge dividends in your life by allowing you to invest in the right people.

2. Exactly where I stood financially.
As I mentioned above, I used to be terrible about keeping my head in the sand around the details of my money. At 22, I paid off the credit card I had defaulted on at 18 and was working full-time (half as a freelance writer and half as an au pair, with some tutoring gigs on the side), which made me feel like my financial life was “good enough.” But I wasn’t saving, I didn’t really know what an emergency fund was, I had no bigger goals, and I had never even thought to negotiate for the (objectively terrible) freelance and tutoring rates I was getting. I didn’t have any real awareness of what it meant to be good with money, I only knew how to escape being actively self-destructive. It wasn’t until I started TFD at 25 that I took a serious look at my financial life and started actively building it towards the things I wanted out of life.

One site that could have been hugely beneficial to me at that time was Status Money. It’s basically like Glassdoor for your whole financial life, showing you not just the details of your current financial health but how you compare to the people around you, so you can work to better your situation. It can tell you if your interest rates could be improved, if your credit score needs work, how much you’re spending in any given category compared to other people, or how your salary stacks up for your city. It allows you to arm yourself with real numbers when you go to negotiate, refinance, or just simply up your savings game. And given how utterly irresponsible I was when it came to checking up on things like bank statements or credit scores, the fact that it’s all available in one convenient dashboard would have saved me hugely. Check out Status Money here and learn everything about where you stand financially.

3. What I really needed out of a living situation.
A fun fact about me is that, between the ages of 21 and 24, I lived in four different apartments, only one of which I actually liked. I bounced around from place to place because I was looking for the best deal (I was pretty damn broke at the time), but also because I was always somewhere between “slightly” and “extremely” disappointed in my living space. I rented an apartment that was super poorly located, one studio that was so small you couldn’t even open the one window all the way, and cohabitated with my partner for six weeks out of desperation in a one-bedroom he already shared with a roommate. I was impatient and insanely picky for how broke I was, which meant that I was never really asking myself what was truly important to me. In any big city (this was in Paris, but it’s very true of New York, too), you can only get so much on your “nice to have” list, particularly if budget is a huge concern. I never took the time to write down what were my top three essential qualities (for the record, they’re “nice kitchen,” “convenient but quiet neighborhood,” and “square layout, because railroad-style apartments make you insane”). I wish I’d thought about it, because I know there were several choices I would have made differently, and I would never have wasted all that time, energy, and money on hopping around from place to place, never feeling at home.

4. My professional strengths.
As I mentioned, 22 was the first year I was writing professionally, even if it only made up about 30% of my overall income at the time. Now of course, that is nothing to sneeze at, and even though I could be very bratty about what I felt I deserved, even I was not jaded enough to not be excited about the prospect of being paid to write. But what I didn’t understand at that time was that, even as a freelancer, leaning into the kind of work that I was actually good at would have been enormously helpful (both financially and professionally). For example, I wasted a lot of time and energy chasing this phantom idea of being a “real” writer — which meant doing serious pieces in more “fancy” publications that often felt forced, and paid surprisingly poorly if at all. What I was good at then, and now, was creative direction, copywriting, and editorial strategy. I used to downplay the fact that I wrote ad copy for a lot of my writing income, because it felt like it somehow undermined my desire to be taken seriously, even though it paid almost literally 20 times what the “real” stuff did. If I had been honest about what I was good at, and what I wanted out of my career, I would have reached my goals so much sooner.

5. My professional weaknesses.
Now, all of that said, one thing that would have been hugely beneficial for me is to have been honest about my professional weaknesses. Speaking quite frankly, I have always been someone who was incredibly bad at personal organization, but then even more so than today (it’s still bad). If I had admitted that up-front and worked against it actively (obsessively using calendars, reminder apps, and list-making), I could have spared myself a solid three years of losing jobs, constantly apologizing, literally forgetting to ask for money I was owed, and feeling like a bit of a professional failure. Taking the time to ask myself, “What is the thing I’m doing most wrong, and how do I fix it?” felt like such an extra step at a time when I was just so excited to be working a writing job, but it would have been hugely helpful. After all, being 22 in many ways was all about getting over the overgrown teenager I’d been and moving towards the kind of adult I wanted to be. But there was no way that was going to happen unless I got pretty damn good at making lists.

Sign up for Status Money for free and start learning more about the current state of your finances! Join here.