5 Thoughts On Being “A Girl Who Travels,” In No Particular Order 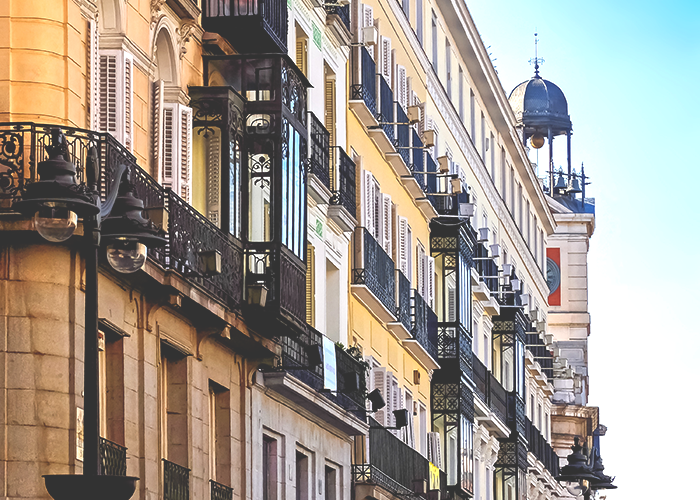 1. I was talking yesterday with a friend about living abroad. It’s something she has always wanted to do on at least a low-burning level, but it’s something that just may not be in the cards. I told her that, as someone who had the good fortune to live in another country for several years, I could not encourage anyone to do something more. If living abroad is something you even think you want, I believe doing everything in your power to make it financially and logistically possible, even for just a year or so, is something you will never regret, and take with you for the rest of your life. We are on an island in America, culturally dominant and largely content with our tendency to radiate outward into the world. I believe there is a distinct benefit to being anywhere else for a while, to see other ways life is lived, and to watch that American radiation from the outside. If I had never lived in a socialist country, for example, I would never have become passionate about similar causes in America: only by seeing the dignity of life with a strong social safety net did I become convinced that America needed, and deserved, the same thing.

2. I am aware, though, that exhortations to live abroad, or even to travel more frequently, come with an enormous amount of privilege that is rarely acknowledged. I was able to live abroad initially by working a domestic job (I was an au pair) that covered my living costs while I attended school, and tutored English on the side for going-out money. That was, all things considered, a fairly accessible way to get out of the country, but also something that was open to me because I was a young, American woman who spoke the language and could therefore be picky about my placement. I was also in the position to save up enough money to make and buffer the trip, and had no real responsibilities (no kids, no mortgage, no boyfriend, even) to make me question the viability of the move. Relatively few people will ever find themselves in the right combination of lifestyle and financial freedoms to make a life abroad work, even temporarily. And for more frequent travel, the question becomes in many ways even more complex: it requires some kind of time off from work (ideally paid), a healthy emergency fund, a safety net in case things go wrong, as well as all the associated costs of making even a relatively-affordable international trip.

The truth is that many people will always, almost inherently, be left out of the conversation of “people who travel.” We talk about “travelers” — and often in a particularly gendered way — as if it were a mantle that anyone could take on, as if it were merely a question of shifting a few priorities and changing one’s mindset. And while I firmly believe that there are ways to make more-frequent travel a possibility, the idea of becoming “someone who travels” in any kind of personality-defining sense is simply out of the question for most Americans.

3. Part of the problem comes from our need to make travel an all-encompassing, personally-branded experience. We see the perfectly-curated images, the shots of a passport on a thigh gap in an airport terminal, the tweets humblebragging about the exchange rate or the metro system, and we immediately tack on so many associated costs with the act of traveling. It’s not enough to simply discover a new place: one must do it in the right way, with the right supplies and the right photos in the right Instagram-worthy restaurants. And I’m as guilty of this as anyone, to a degree — who doesn’t love to share beautiful travel photos! — but I wonder if the presentation of travel, particularly when infected by the travel-blogging industry which passes off paid advertisements as offhand snapshots, isn’t creating a sort of arms race. Our need to make travel fit into a perfect, well-groomed package only makes it more expensive, more logistically demanding, and more easy to feel like a disappointment if it doesn’t live up to immaculate standards. The line between “sharing a beautiful, meaningful travel experience” and “adding to a warped perception of what travel must look like” is incredibly blurry, and while it’s no one individual’s responsibility to temper it, it does feel like a problem that is only getting worse.

4. Social media also makes it so that the wave-like trends of travel have gone from gentle pushes to all-out tsunamis that can inadvertently crush the locals. Cuba has become one of the biggest destinations to see in bright, colorful Instagrams now that the travel-ban has been lifted, to the point that actual Cubans are experiencing mass food shortages as a result of the unprecedented influx of American tourists. And while Iceland isn’t in danger of going hungry, their country — largely due to several strategic IcelandAir campaigns — is leading to locals feeling exasperated and even resentful of the unsustainable levels of tourism drowning out their day-to-day experiences. We now have more access than ever to details about everything our friends, colleagues, and favorite bloggers are doing with their vacation time, and it’s leading to an even more heightened sense of “things to check off.” “Have you done [this or that country]?” is a thing I’ve heard more than once, and the framing of travel this way — targeted trips to hip destinations, the way one might check out the new restaurant that just got a rave in the times — feels like one of the worst ways to travel, both as a personal experience and as it impacts the locals in one of said destinations. I worry sometimes that becoming the “girl who travels” is more and more about crossing off a certain amount of arbitrary destinations, sights, and experiences on a list, rather than exploring the world on one’s own terms.

5. Ultimately, I think the most beneficial thing we could all do in the short-term is push ourselves to be more radically honest about the financial and logistical realities of travel, if we are lucky enough to do it frequently. I see people who are constantly jetting off to this or that place, conveniently omitting the out-of-frame benefactor who allows it to happen. And though I do not travel overly-frequently, I always make it a point to say that Marc’s job, which takes him out of town four days a week, leaves us with a substantial amount of hotel and airfare points that we can then use at our discretion. (Lauren and I also travel a decent amount for work, though always domestically.) The point is, travel is an expensive thing, point-blank. And not being honest about the realities of that only leads other people to feel maddeningly confused and insecure about their own inability to recreate it, even if they are responsible with money. To be a “girl who travels” is a deeply, fundamentally expensive thing. And even if non-wealthy people can do it, the less money one has, the more it requires serious rearranging and re-prioritizing in their lives. As someone who put herself into credit card debt as a dumb 20-year-old to travel “the right way” — aka, in a way I could not afford — I fully acknowledge that a huge part of it was because of how I saw so many friends traveling, unaware of the fact that their parents deemed it a sort of coming-of-age right to send them on expensive and photogenic tours of Europe during or immediately after college. Is it unfair that some people are just gifted, essentially, with the life of a “traveler”? Sure. But that’s no reason to gamble one’s future on a few photogenic weeks.