5 Thoughts I Had While Looking For Housing In A New, More Expensive City 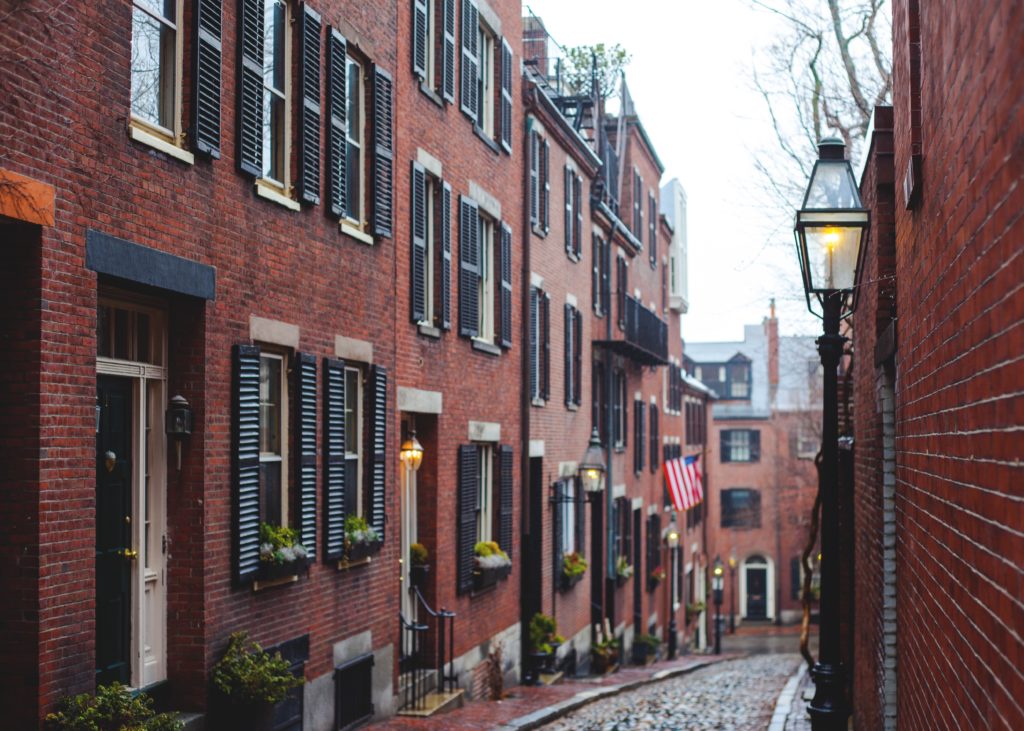 I just relocated from Pittsburgh to Boston — AKA transitioning from a fairly low cost of living to a very high cost of living. As a budget-conscious millennial, I have been surfing a low-level freakout wave about housing costs and the high price of moving to my new city.

However, I’ve also been thinking about all the people around the country and the world who are housing insecure or experiencing homelessness, and how my mildly annoying and temporary nomadic existence pales in comparison. Here’s what I’ve learned, and what I tried to keep in mind as I searched for housing, set up camp in short-term digs, and prepare to move into my long-term apartment.

5 Thoughts I’ve Had Moving To A More Expensive City

1. My move is out of choice, not necessity.

One of the things I keep reminding myself is that my move to Boston was a conscious choice. My husband got offered his dream job and we decided together that we were willing (and even excited!) to live in Boston for a few years while he pursued this opportunity. Many people who have to relocate — whether that’s for work or for family reasons — do so because they have no other viable option. It’s much less stressful when you have the time and option to research and plan ahead for a move rather than be forced to abandon where you live because of a financial or personal crisis. Even though moving sucks, thinking about it in this way has helped me keep perspective every time something goes wrong.

2. My privilege is real.

While the Boston rental market is crazy (and crazy stressful), I knew that as two thirty-something professionals with good credit, we would probably be approved for any apartment in our budget that we wanted to apply for. There were several places we viewed that had just come back on the market because a rental application on the unit had been declined for whatever reason. Although I can sympathize with landlords to a degree, I felt bad for the people who didn’t get the apartment they wanted and had to start their search all over again. Furthermore, I can’t imagine how stressful it would be to try to find rental options that accepted Housing Choice Vouchers or were willing to rent to someone who was rebuilding their credit. We, on the other hand, were approved for the first apartment we applied for and were able to wrap up our search pretty quickly, which highlighted for me the privileged position I’m coming from.

This is one of the things that everyone who has moved recently can attest to, and that everyone who hasn’t moved in a while has probably stress-blocked from their memory: moving is expensive. Much more expensive than just staying in one place. Even if you don’t factor in the increase in rent (and it’s a big increase from Pittsburgh to Boston), there are a lot of extra expenses associated with getting all your stuff from one place to another. From renting a U-Haul or hiring movers to ponying up a security deposit on a new apartment before you get the old one back from your previous place (provided you even get the entire deposit back), it seems like everywhere we turned, there was another unexpected higher-than-anticipated cost. But of course, trying to move while living paycheck to paycheck or having to take unpaid time off work to coordinate a move would be even worse.

4. But at least I have a good safety net.

Luckily, because we knew almost six months in advance that we were going to move, my husband and I were able to plan ahead and aggressively save money before we actually moved to Boston. Because Pittsburgh has a low cost of living and we had already paid off our student loan debt years ago, we were able to throw a bunch of money into the “Boston survival fund” we started to make the move go more smoothly. If we had a different financial situation or were trying to pay down debt, we would not have been able to save as much. We also have parents who could have stepped in to loan us money had we needed it. Many people don’t have either of these safety net options when they move houses or cities.

5. My current reality has an expiration date.

Most leases on the apartments we were looking at were to start on September 1, so when we arrived in the city in August, we had to find temporary housing to hold us over until we could move into our long-term apartment. I scoured Airbnb and found a room we could rent that was close to my husband’s new job and also clean and comfortable enough for us for a few weeks.

But we soon realized that when you’re living out of suitcases and tote bags, it’s hard to stay organized and find anything quickly and easily. Stuff gets misplaced a lot, and it’s not ideal to live in very close quarters with strangers. Not having access to a full kitchen means you don’t cook much and instead eat out a lot, which is both less healthy and more expensive. All of these things are stressful, but I keep reminding myself that while it’s not ideal, it’s temporary. It would be much, much harder to maintain my sanity if there wasn’t an expiration date on my situation. Because many people who are housing insecure live in situations like these for months, or even years.

It hasn’t all been Pollyanna positivity and rose-colored glasses, but every time I’m about to lose my cool or burst into tears out of frustration, I remember that it could be a lot worse, and I have the luxury of being financially secure and the privilege of a good support system. For the estimated 552,000 people in the United States currently experiencing homelessness and the 20,000 people in this situation in the state of Massachusetts alone, that is not the case. It’s easy to get caught up in being jealous of what other people have — the drool-worthy closet, fitness influencer figure, or magazine-perfect house — but sometimes we all need a healthy dose of perspective.

A grant writer by day and personal finance fanatic by night, Marisa is an avid traveler who now lives in Boston. When she’s not reading or writing for work or play, she enjoys running, thrifting, and searching for the most authentic Mexican food in the city.