5 Thoughts On Having A “Summer Body,” In No Particular Order 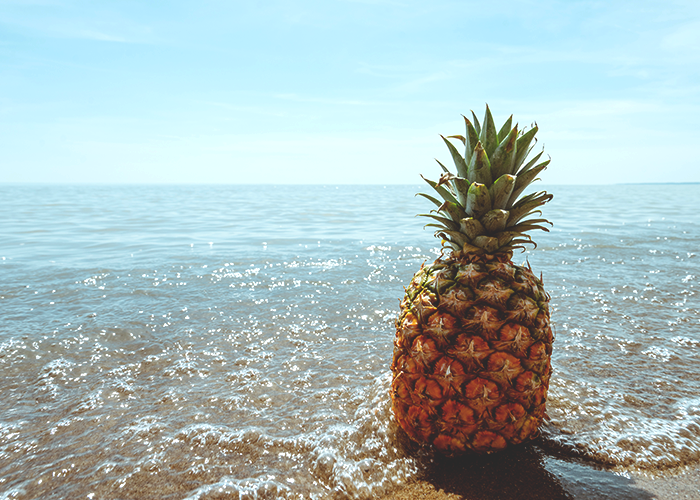 1. I’ve been thinking about bodies a lot lately, as I try to change mine. As I mentioned in a recent post, I’m embarking on a little personal challenge to complete 500k steps in a month (as part of a larger TFD effort for each of us to take on a challenge and document it for you guys). I’ve had to delay the start of the month to this week, as I spent the weekend visiting my parents and therefore couldn’t dictate my walking schedule as much as I would have liked, but I feel excited nonetheless. I want to change my habits and my general energy level, yes, but I want to change my body as well — I want to feel both more in control of it, and want it to feel like more of a reflection of a fit, healthy lifestyle. (And as many of the commenters have recommended on that post, I will be adding in a bit of strength training to aid in that.) Point being, while there is no one body “type” or goal weight I am looking to achieve, it would be dishonest to say that a change to my physical self is not part of my motivation: I know how I look when I feel my best, and I know that that is not my current form. As I mentioned in that post, I am still a very noodly person, and knowing that I have neither the strength, nor the endurance, to do many of the things I’d like to makes me feel a bit embarrassed, because I know it’s within my reach.

2. Given that this challenge is coinciding with summer’s approach, it’s hard not to feel that awkward pang of a “summer body” narrative around what I’m doing. Am I going to be in a bathing suit this month? Yes. Do I feel aware of my body when I’m in one, much more so than I do when wearing a blazer and jeans? Yes. Do I hate those godawful subway ads and magazine covers that promote a “summer body” as a size-zero model who cuts weight like a professional wrestler in the days before her (still-heavily-edited) photo shoot? Also yes. I hate that “summer bodies” have become a trophy to win, a final state to reach and then hold onto as long as one can. It’s a gross, totally unfair standard, one that has very little to do with overall health. (As someone who practices intermittent fasting and is generally fairly slim to begin with, I can assure you that achieving defined abs has nothing to do with how many exercises you do, and everything to do with how much you happen to have eaten that week/morning.) I reject the idea of a “summer body,” and know that even if I happen to, for a few coincidental days, achieve something close to what I’ve seen in those ads or magazines, it will never be something sustainable or desirable for me.

3. I hate that, in throwing away this concept of a “summer body,” we have also in many ways rejected the overarching concept of molding oneself to an inner ideal. I believe there is still a lot of strength and necessity in those efforts, and I have come to thinking in terms of a “summer self.” The truth is, in summer — at least, for those of us who live in seasonal areas — we are more in touch with the world around us. We are more active, more outdoors, more revealed, more in-motion. Our lives become more deeply connected to the ground beneath us, and to the bodies we live in. In summer, I value feeling lighter, more full of energy, more able to keep up with the long, sunny days and the constant beckoning of good weather. I want to feel an overwhelming ease in navigating the world, and want nothing to feel out of reach because I simply couldn’t be bothered to work for it. In doing my 500k steps this month, part of my motivation is to always have a resting feeling that I could walk several miles to do something instead of taking the train, because I am always in a state of coiled energy. There is a summer “body” involved in this, in the sense that much of what I want to achieve is physical, but the body is just a means to an end. The “summer self” is about feeling as fruitful and full of promise as the world around us in these seasons.

4. I feel in many ways that the entire narrative around one’s physical self has been co-opted and corrupted by a fitness and beauty industry that is focused on a narrow, superficial range of metrics. I hate this, not only because it turns so many away from the concepts of fitness and health (including, at times, myself), but also it so deeply undercuts the beauty of changing one’s body. Weight loss, for example — for those who want it — is not about a before and after photo. It’s not about holding a large pair of pants tight against a much-smaller waistline. It’s about deciding that the vessel in which we must carry out our lives is something we can mold and shape, something we can decide upon, something we can be the captain of.

It’s easier for me to think and speak in these terms because my goals have nothing to do with weight loss, and therefore are not poisoned with all of the dangerous rhetoric that surrounds it. But the principle remains the same: I know that the physical body I occupy will in some ways define what I am capable of doing, and I want to create that body in my image, based on the goals and needs I have for it. That message often seems lost, consumed and blurred by a thousand context-less photos of abs and “success stories” measured entirely in pounds.

5. I don’t know if we will ever be able to separate our personal goals from the larger narrative we must fight against. I want to talk about these things in a way that is healthy and holistic, which is about the “self” as a blending of the physical and spiritual rather than a “body” which feels like a detached, lifeless expression of how much willpower you can exert. I want to find a way to have goals that can be healthy even if they resemble the goals that are unhealthy for others, and to support one another in our goals without judgment or insistence. I want to kill the concept of a “summer body,” as so many of us do, without killing the concept of a “summer life,” a “summer renewal,” or a “summer challenge.” We should be able to follow the world around us and open up with the sun, challenging ourselves to grow in ways we weren’t capable of last year, while releasing hangups about what that might look like. And for me, that starts with getting outside, even if I’m only doing it one step at a time.