5 Tiny Habits That Are Scientifically Proven To Help Your Finances 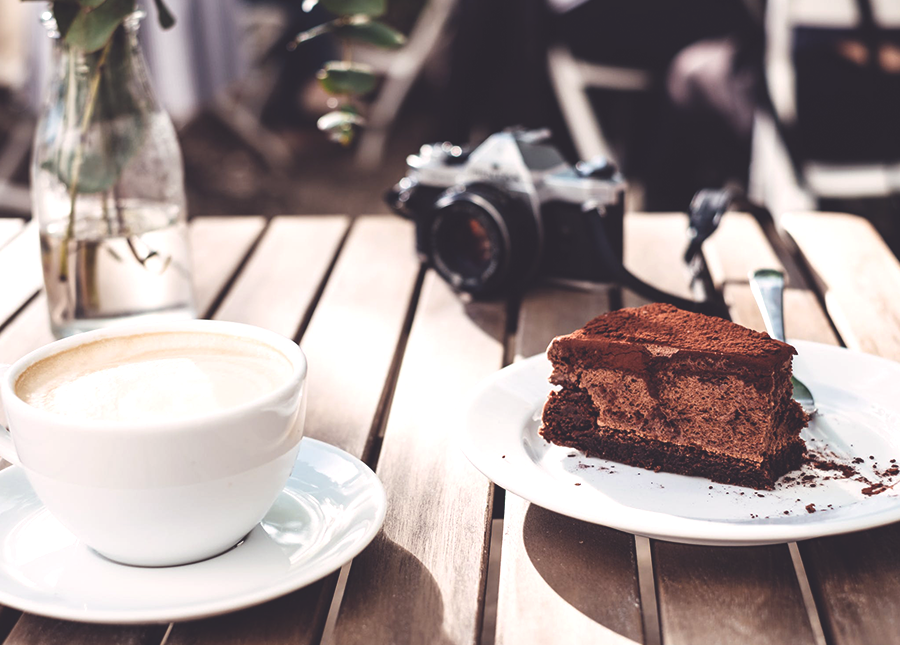 One of the biggest money truths I’ve found in my relatively short adult life is that some recommendations exist for a reason. No boilerplate money advice can apply to everyone, of course — after all, you have to reach some level of comfort along the hierarchy of needs before you can even begin to think about how to make your money work for you. (I.e., you have to have some money in the first place.) But once you’re at the point where personal financial considerations can and should be a part of your life, some pieces of advice seem alarmingly accurate: the easiest way to save more is to earn more, budgets exist for a reason, and small habits can yield big results in the long run.

For me, that last point has been the absolute truest when it comes to getting better with money. Even when I’ve been able to increase my income, not blowing the extra cash always comes down to adopting everyday habits that keep me and my wallet in check. That means not buying coffee out more than twice a week, queueing up books in my library account, cooking at home as often as I can, walking to work, using an app to automate my savings, drinking tap water instead of juice or soda. (Interesting to see that so many of my good money habits are healthy habits, too.)

None of these have required huge changes on my part — they’re just small, intentional choices I’ve started to repeatedly make. It’s not like buying less coffee means I’m automatically putting money into savings. But over time, not spending that $4 four or more times a week will make a noticeable difference in my bank account.

There are plenty of other tiny habits that are proven to help you with money. Some help you make better spending decisions, while others are directly related to how you spend money, while some can help you be more productive, and maybe get a little extra income through a side hustle. And you don’t even have to take my humble little word for it — these are five little habits that are scientifically proven to help you get better with money.

1. Work a stop by the ATM into your routine.

This might not come as a shock, but for a lot of (if not most) people, swiping a credit card doesn’t feel as “real” as spending cash. A 2008 study quoted in this Psychology Today article noted that there is a greater anxiety associated with tangible forms of spending, AKA cash:

Raghubir and Srivastava argued that using credit cards dulls the “pain of paying” for two important reasons: (1) there is a separation in time between when the credit card is used to buy something and when the bill has to be paid; and (2) using a credit card allows different purchases to be mixed together. When the bill is actually paid (say, once every month), the shopper is not able to attribute the payment to any one particular purchase.

Because of these two reasons, people overspend when using credit cards. In one study, the authors found that participants were willing to spend $175 to throw a Thanksgiving party when using a credit card to buy the food, but only $145 when using cash.

If you’ve been struggling to keep your spending in check, a switch to cash over credit could be the most effective way to get it under control. And I know what you’re thinking (because it’s also what I’m thinking): ATMs are so inconvenient, though. But honestly, if you make it a priority and find a convenient-enough ATM to work into your commute every few days, those twice-weekly stops will feel like nothing. You could even go full-on cash envelope system and take out the exact amount you intend to spend every month or two weeks.

If you’ve ever received a tax refund, you know how it feels to suddenly have a couple hundred (or even a few thousand) extra dollars that you feel you can do anything with. It feels like “free” money that doesn’t count as part of your regular budget — hell, you maybe even forgot you were going to receive it at all! This Washington Post article explains that this is caused by a phenomenon called mental accounting:

Arkes and his colleagues once cited an anecdote in a study: Employees of a publishing firm who were in the Bahamas for an annual meeting were each given a cash bonus for getting a big contract. Almost to a person, the bonus recipients took the money to a local casino and blew it. What is interesting is that most of these people did not lose more than the $50 — they slowed down or stopped when they felt they were playing with their “own” money rather than with the $50 of “free” money. The irony, of course, is that the $50 these people lost was their own money, too.

In other words, we are much less likely to spend recklessly if we feel like we’ve earned that money. But in cases like cash gifts or tax refunds, receiving money feels effortless, so we don’t feel guilty spending it. Get in the habit of transferring those windfalls into a savings or investment account right away, or else risk losing all that to impulse spending. Ditto for random $10 bills you find in jacket pockets. To make it a bit more “fun,” you can break bigger windfalls up into fun spending and responsible sending — perhaps direct 20% of that tax refund to your vacation savings, and 80% to your emergency fund.

3. Stick to one specific dollar amount you can stand to part with regularly, and schedule a time to save it every week.

Some people prefer to get by with a budget full of a dozen or more hyper-specific spending categories. But for a lot of us, that much detail is intimidating — and even paralyzing. It can even be attributed to what psychologist Barry Schwartz calls the “paradox of choice.” Here’s an explainer from a Pacific Standard article published ten years after Schwartz’s uber-influential book was released:

Instead of increasing our sense of well-being, an abundance of choice is increasing our levels of anxiety, depression, and wasted time. Whether you’re deliberating between breakfast cereals, TV shows, career paths, pension plans, or lifetime partners, the amount of options out there can be overwhelming. In modern America, however, the freedom to decide who you are and who you’re going to be is mandatory.

Instead of giving yourself the option of a hyper-specific budget to abide to, if you find you’re currently not saving enough, trying following a simple rule: save the same amount each week, and feel free to spend the rest as you please. Set a reminder on your calendar, or even set up a direct deposit if you can swing it. You may not be saving as much as you possibly could, but you’ll be saving some — and that is way better than nothing.

4. Take up a daily journaling habit — even just for 5 minutes.

Stress can cause us to spend recklessly, and unfortunately, a lot of it is the social norm. (“Retail therapy,” anyone?) As psychologist Teodora Pavkovic told NBC News:

Stress spending is a bit like having coffee while you are stressed: it’s an impulsive behavior that you think will calm you down, but all it does is make you feel even more jittery and anxious. We engage in [stress spending] when we feel unpleasant emotions such as anger, sadness, anticipation, etcetera.

Luckily, there are many different ways to cope with stress and thus spend less money, including a few you may not have thought of — like journaling. Many social scientists believe that journaling is a healthy, cost-effective way to ease stress, and even trauma (though perhaps not directly after a traumatic event). If stress is causing you to go into a spending spiral, especially on multiple occasions, consider adopting a daily journaling habit. It doesn’t have to take long — just a few minutes after work or before bed to work through some of your feelings could make a huge difference in your day-to-day. It won’t make emotions or stress disappear, but I can say from experience that it absolutely helps with not letting those feelings consume you. (Exercise provides great stress relief, too!)

5. Quit it with the multi-tasking.

Finally, the way you work for sure affects your finances, whether directly or indirectly. A lot of us work side jobs or take on extra shifts to get a bit more income, and generally speaking, the more we can get done in less time, the more “extra” work we can take on, and the more we can earn (and save). But being productive doesn’t mean seeing how much you can balance at once — in fact, researchers have found that multitasking can worsen our attention spans and other cognitive abilities. A team at Stanford University conducted a study comparing cognitive control in heavy vs. light multi-taskers, and they found the following:

The test subjects were shown images of letters and numbers at the same time and instructed what to focus on. When they were told to pay attention to numbers, they had to determine if the digits were even or odd. When told to concentrate on letters, they had to say whether they were vowels or consonants.

“They couldn’t help thinking about the task they weren’t doing,” Ophir said. “The high multitaskers are always drawing from all the information in front of them. They can’t keep things separate in their minds.”

If you’re trying to get more done in less time, the key probably isn’t in focusing on as many tasks at once as you can. And the same might even go for your money — if you’re having trouble balancing competing goals, try sticking with just one for now. Then, after you’ve paid off your credit card debt, or built an emergency fund, you can focus on setting up multiple savings accounts.