5 Unexpected Ways Living In New York Will Drain Your Wallet 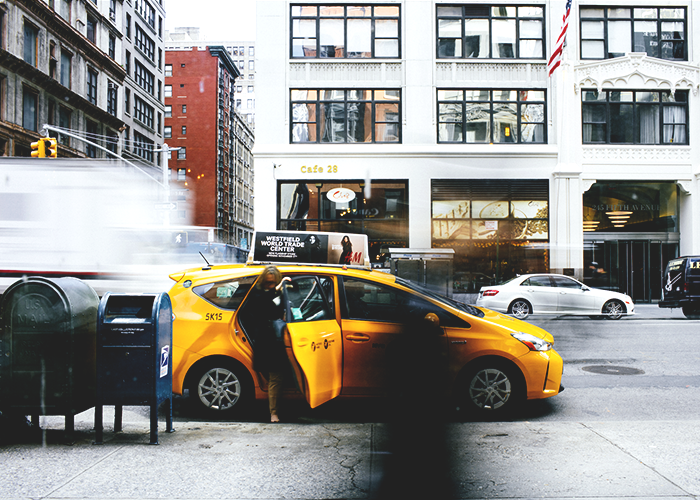 If you live in New York, you’ve definitely encountered your own Manhattan Math over the last few years. It starts out simple: you’re trying to do everyday things like commute, pick an apartment, or split the bill at happy hour. Suddenly, you’re living in Flatiron, calling Ubers every day and ordering pitchers of margaritas an hour after happy hour has crept swiftly into the night.

So what exactly is Manhattan Math? It’s a combination of lifestyle creep, the Diderot effect and a well-intentioned sense of responsibility to make the decision that will make you the happiest (though maybe not the richest). You try to make a decision that will bring greater joy, maybe even save a few bucks, and give you the best time ever – but you end up spending more, indulging more and suddenly ending up a little broker than expected… Ouch.

Here are five ways Manhattan Math will mess you up:

1. Ordering a pitcher at happy hour instead of just getting a drink or two. It’s easy – you go with a few friends, you ask how many drinks everyone thinks they want, everyone says “Just one or two, I’m trying to go to yoga tomorrow morning!” and you end up ordering a pitcher of margaritas to split for the table (because it’s just like six drinks and there’s three of us, right?). Spoiler alert – you’re not making it to yoga. A pitcher turns into drunchies turns into nachos, turns into another pitcher, turns into a multi-hour boozefest that leaves you hungover and out a lot more money than one or two drinks would have cost. Plus, you always have that friend who has to leave early and shorts you just a liiiiittle bit when she Venmos you for her drinks (tip and tax add up, y’all). Skip the pitchers and sip on a drink or two instead.

2. Staying at a job that underpays you. Believe me, I know it’s not as simple as “just get paid more!” when you’re living in New York City. But if you’ve been at your job for over a year and there’s no promotion or clear career development in sight, it’s time to jump ship. You’ll make more, move your career forward and be able to better afford the things you want and need. Keep hustling (develop a side hustle if you need to!) and network, network, network. LinkedIn is your best friend here.

3. Trying to date someone in another borough. One of my old co-workers introduced me to the phrase “geographically desirable” when she and her partner met and both lived in Queens. I’d never heard it before (I was pretty new to the city) and didn’t really get what she meant. Would it REALLY matter that much if you dated someone who lives in Queens when you live in Brooklyn — or for that matter, someone who lives in Dumbo when you live in Williamsburg? Turns out, yes. And I’m not just saying this because when my boyfriend and I met we lived less than a mile apart on the same train line, which is basically unheard of in NY. Dating someone in another borough is HARD. If they live in Manhattan they’re always going to try and get you to come to them, and if both of you live in outer boroughs you’re either going to meet up in Manhattan and spend money to see each other or one of you is going to always have to Uber to the other or spend an hour and a half on the train/bus. As shallow as it may seem, if you’re only casually dating, date people who aren’t going to cost you more than the relationship is worth.

4. Moving to a neighborhood you can’t actually afford because you’re close to work, your friends/partner or your gym.  New York only gets MORE expensive when you do things like this, not less. An increase in rent = an increase in basic living costs at every store around you, including the $$$ spent at your grocery store, your drugstore and even your bodega. And if you really think you’re not going to develop a fancy coffee habit, just wait until there’s a Blue Bottle in your basement. Plus, even if work is only a mile away that doesn’t mean you’re going to walk it – you’re just making it more likely that you’ll grab cabs if you’re running late or if it’s gross out (looking at you equally, 19 degree weather and 91 degree weather). Live where you can afford, and look at amenities like laundry, groceries and bodegas nearby to get a sense of what your daily purchases will be like.

5. Double paying for the basics. So you have a gym membership, but you still pay for SoulCycle on weekends — or you pay for cable even though you have  Netflix, Hulu and HBO (seriously, how much TV can one person watch?). Other ways this might show up? Buying lunch at work when you’ve already bought groceries or buying yourself a latte on the way into work instead of making coffee at home or at the office. I know saying to make your coffee at home instead of buying on the way out is trite advice, but double paying will end up costing you beaucoup bucks in the long run.

While all these smaller Manhattan Math problems might seem like they’re not a big deal individually, they really do add up over time — and can keep you from reaching your goals, whether they’re to save for emergencies, travel the world, pay off your student loans or buy your first property. If you really want to achieve your goals (or even if you’re still trying to figure out your financial goals), one of the best things you can do is take a long, hard look at your finances, and figure out where that Manhattan Math might be adding up to more negatives than positives.

Kristina King is a twenty-something media relations professional who’s trying to live big without spending big. When she’s not hunting down new personal finance tools, she’s a style, beauty, travel and food junkie who blogs at kristinamarieking.com and @kristinamarieking on Instagram. Follow her on Twitter here.