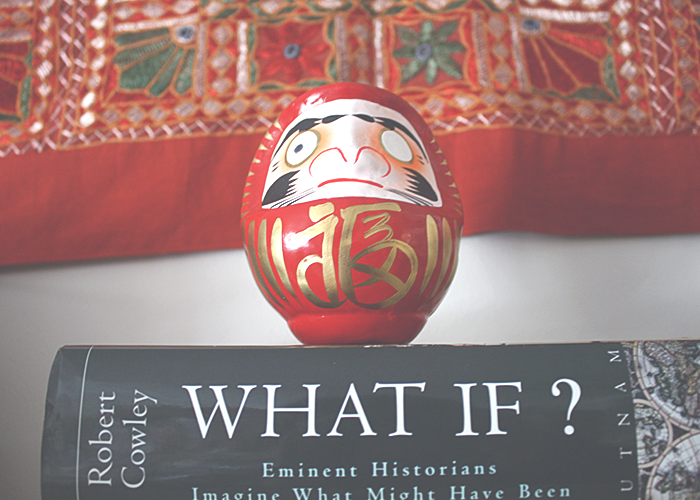 I got a credit card with a $300 limit when I was 18 years old and going off to college. This credit card was actually connected to my Mom’s account, and every few months she would pay it off. She did this with the best intentions, but it did not help prepare me for the responsibilities that come with having a credit card.

When I was 20, I went into the bank one day with questions about setting up a savings account. The bank teller decided to tell me that I was eligible for a student credit card. She said it had a very low interest rate and didn’t cost any money to set up. I was sold. A week later I received a shiny card in the mail that had a $1,000 limit, and I was smitten.

At this point in my life, I didn’t quite understand that my actions in the present could really affect my future. For example, everyone around me binge-drank at parties, forgetting about the hangover that would hit them the next morning. It was easy for me to binge-spend $200 using the same mentality; I indulged in the moment and forgot about the debt I would owe a week later. I remember one of the first purchases I made on that new shiny piece of plastic was a $180 order from Madewell.com on clothes that were cute but unnecessary. I didn’t really need them; I only placed that order because I had a free morning and was feeling a little insecure that day.

For most people, debt grows gradually. It’s not like I went out and spontaneously bought a $900 jacket. My debt racked up over stupid things that I thought I would pay off when I got my next paycheck but never quite did. It was $50 dollars for a night out. It was a $30 dinner with a friend. It was a $150 dollar hair cut. I made small payments every month towards my debt, and never once missed a payment, but the amount I carried on my credit card was growing faster than it was shrinking.

Eventually, I was carrying a balance of about $900. I was very close to maxing out the card, and I was starting to feel stressed. I knew I had to pay it off, but every time I got my paycheck, I didn’t put as much of my earnings towards my balance as I should have. Naturally, right around this time, my bank decided to increase the limit on the card…all of a sudden, I had a $1,900 limit. Although I promised myself I would not let my debt grow, it slowly continued. By age 22, I had maxed out that credit card. I had also had gone through a breakup and was beginning to be honest with myself about my irresponsible tendencies. I don’t think it is a coincidence that right around the time I started eating healthier, partying less, and paying more attention to my emotions is when I decided to pay off my credit card. Right after I graduated college in December of 2015, I made a pact to myself that I would pay off my outstanding balance as soon as possible. Note: I did (and still do not) not have a well-paying job yet. I earn a little above a minimum-wage salary, and paying off $1,900 was a challenge. But I did it, by May 2016. This is how.

1. I Bought a Daruma Doll for 14 Dollars. As silly as it sounds, having a physical symbol of my goal (that was visible to me every single day) never allowed me to forget about my promise to myself. Daruma Dolls are from Japan and are seen as a sign of perseverance and good luck (my Mom always had one of these in the kitchen growing up). The idea is that, for each Daruma Doll you have, you set a goal and color in only one of the doll’s eyes. You cannot color in the other eye until your goal is met. I set my Doll on top of my bed-frame, colored in one of its eyes, and set my goal to pay off my debt. Sure, most people can probably pay off debt without this doll, but I benefited from personalizing my ambition.

2. I Used My Tax Return Towards My Debt. Although I did not receive a huge tax return because I only worked part-time during college, I took the small amount I did receive and put it towards my credit card. It was about $400 total, and it helped put a big dent into the total sum. Plus, taking a sizable bite out of my debt motivated me to keep pushing forward.

3. I lived with my parents for a minute. After graduating college, I moved to a new city. There was a two-month period in my new-city era when I lived with my parents. I was making an income during this time, and because I didn’t have to worry about rent, I was able to put most of it towards my debt. This helped me get rid of another $600 that I had racked up on my balance. I am very grateful that I had my parents’ support as an option because if I hadn’t, it would have taken me months longer to pay off the debt (and I would have had to pay off more money in total, because each extra month with a carried balance would have hiked up the accrued interest and interest rate on my debt).

4. I sold my car. I sold my car before I moved to my new city. I don’t need to drive here, and it would have made no sense to leave my car rusting in my parents’ garage. So, I sold my chariot for a small-ish sum to a college kid (the car was over 20 years old and not worth a lot). Although most of the money went towards moving expenses, I was able to put about $300 towards my debt.

5. Living Simply For A Bit. With about $700 left on the balance, I spent the next two months living very modestly. As I said, I’m not generating a huge income so $700 actually took a push to pay off in two months. I could have waited until I had a bigger salary (which I hopefully will, in a year or two), but I got kind of addicted to paying off my debt. I wanted the stress of it to go away. For those two months, I did not shop at all for anything that wasn’t a necessity. I rarely went out, and if I did, I got one drink. I put most of my paychecks toward my rent, food, and the hope of filling in that Daruma Doll’s second eye. In May 2016, I made that final payment. Lifting my pen and finally giving my Daruma Doll her second pupil was such a satisfying moment.

Now that I’m debt-free, I am exercising a more frugal financial strategy, but by no means am I making perfect decisions with my money. It’s been a strange transition to living on a budget, but it’s also been an unforgettable (and ongoing) learning experience. Though I would have handled my credit card differently in the beginning, I am very proud of myself for taking action on my debt when it was at $1900 because I know it could have grown to be much higher. If you’re struggling with the temptation of binge-spending on credit cards, I hope this article helps you catch your debt early, too!

Mona Corboy recently earned a degree in Advertising and Creative Writing. She is currently living in Chicago working in retail and writing for her blog Please Notice the Joy. In her free time she likes going to spin classes, eating as many Chicago-style hot dogs as is socially acceptable, and losing herself in the music, the moment.