5 YOLO Purchases I Regret Making On My Vegas Trip 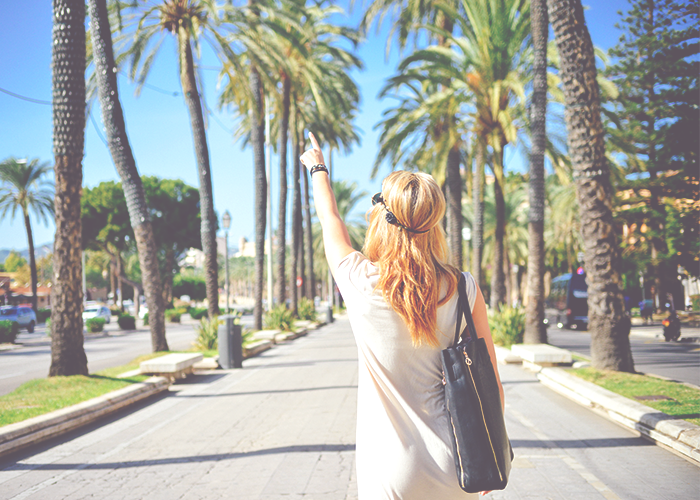 Last week, I enjoyed a four-day trip to Las Vegas to see Céline Dion (a life-altering experience, and something I am 100% going to recreate before her residency ends in 2019), but also to just experience Vegas. I’d never been, and being that I love a good game of poker, technicolor cocktails consumed in a bathing suit, and Versace-gaudy nightlife, I couldn’t have been more excited. I had an amazing time, and was making plans about when and with whom I was going to come back before we’d even checked out. I love Vegas for everything it is, and everything calmer, more productive people hate it for. Nearly every dollar spent there — including an hour on the blackjack table with Marc where we essentially paid 200 for four free drinks — is something I’m glad to have spent. I even won a good amount of money one night, which definitely helps soften the feeling of buyer’s remorse.

But as with any good trip, there were a few purchases that were more about being caught up in the neon-lit thrill of it all than maximizing my enjoyment. There’s a certain point at which you are a victim of your own vacation-mode, and are pulled in by the inertia of the fun and the relaxation to the point that decisions which are obviously terrible suddenly seem appealing, even necessary. And when it comes to spending money, it can just as easily happen in the sober light of day (say, passing in front of a particularly well-windowed clothing store) as it can when you are three sheets to the wind at 2 AM and convinced that you need that $30 room service burger and milkshake.

I’m proud to say, at least, that I didn’t buy one single retail item — even though this adorable white off-the-shoulder dress that Marc hated really tempted me — but I did find a few other ways to regretfully spend. My disinterest in vacation-mode retail therapy is a good sign to me (as a little bit of shopping used to be an essential component of pretty much every vacation), but I still have a ways to go. With shopping, you’re able to pre-empt yourself (I went to a DSW and two thrift stores to stock up on the few summer clothing/shoe items I needed, so I wouldn’t overspend on the same stuff in a mall in Vegas), but there are many other things you simply can’t pre-empt for, you just have to learn to overcome your own impulses. And in the interest of taking stock of my financial decisions and being honest about what was and wasn’t worth it, these are my five regretful YOLO purchases from my Vegas trip.

Pretty much every time I’ve stayed at a hotel with a pool/beach bar (in the right weather to enjoy it, of course), I’ve been seriously tempted by the objectively ripoff drinks. Pretty much anyone who has ever ordered one of those $16 or so fruity/frozen cocktails quickly realized that there is almost certainly no alcohol in it, and that even if there were, there really is no justifying that price for a drink served in a plastic cup. So this time, in an effort to combat the “paying for a virgin cocktail at ‘make it a double’ prices,” I got one of those drinks with the extra shot in the tube in it, to ensure that I wouldn’t just be drinking piña colada mix.

But aside from the novelty of the tube shot thingy — and the fact that you’re sipping a sweet drink poolside, which is its appeal in the first place — I was no less disappointed. I paid $3 more for that dumb shot, and I’m pretty sure that it brought the alcohol content up by a cool zero percent. I’m pretty sure it was water in that tube with a spritz of rum in it. Honestly, I don’t think it’s possible to not get ripped off by poolside/beachside hotel drinks, unless you’re getting something like beer, but come on. I’m not on vacation to drink beer. Lesson learned: no poolside cocktails, no matter how tempting and fun they seem.

We thought we were being really clever by eating a very late, VERY big buffet lunch on our first day, so that we’d be completely full through the entire evening. We even sprung for the best-reviewed buffet, which was around 100 bucks for two people at lunch (but extremely worth it, if you go to Vegas and want to do a buffet, definitely do this one — I had a tiny copper skillet of perfectly-cooked pork belly with some kind of delicious savory purée, and that was just one of the like 25 items I ate). Even with all of that luxury, though, there was just no fighting the hunger that comes when it’s two in the morning, you’ve just doubled your money at the blackjack table, and you have several free casino cocktails in you. This is exactly where it would have been smart to get something to have in the hotel room waiting, so as to not be tempted by an aggressively-mediocre, overpriced restaurant in the hotel of the casino we were playing at. I regret every bite of that salad and shared plate of chicken wings. They weren’t even crispy, goddamnit.

Speaking of culinary mistakes, we were faced with a dilemma for our pre-Céline meal: do we go in our fancy clothes after our hotel room getting-ready cocktail to a really bare-bones Korean place off the strip that’s got great reviews but is not at all the vibe we’re currently in, or do we go to this decently-reviewed, touristy place with an amazing patio over the Bellagio fountains? Well, we were dressed up and feeling excited, so we went with the touristy place. And for $100, I got a sangria that was literally just sweet wine with a slice of orange in it, Marc got an overpriced beer, and we shared a few completely-forgettable plates of food. I’m usually the person who judges people for going to the tourist traps, and I 100% regret not trying that awesome-looking Korean place with the killer specials and huge portions. I fell into that trap, and have no one to blame myself (though I admit that the up-close views of the water shows was cool, if a bit marred by people seated inside constantly running out by our table to take pictures of it.)

4. A taxi at the airport without checking reviews.

I have sworn to myself, time and time again, that I’m not going to let exhaustion and/or excitement get the better of me when I arrive at the airport of a new city, and fall into the trap of a cabbie who completely rips us off. And yet, there we were, shuffled into a line we didn’t recognize for a taxi service we didn’t take the time to Google, who charged us literally five times what an Uber later charged us for the same distance going back. Boo.

5. A water bottle for the flight.

This one might seem minor, but it’s a $4 mistake I consistently make. For some reason, I get it in my mind when I’m about to fly that water is some kind of precious resource, and that I need to stock up on it while I can, lest I be left looking like dried-out Spongebob 30,000 feet in the air. But pretty much every decent flight offers unlimited water, and most come around several times to specifically offer you a fresh cup of water at regular intervals. On my flights, including these, I usually end up forgetting about my bottle altogether, drinking a few cups of free airplane water, and then having to haul that heavy Smartwater bottle around with me for the rest of the day. Paying for something that is offered to you, constantly, for free is the kind of stupid money thing you can really only do when traveling. And it should stop.