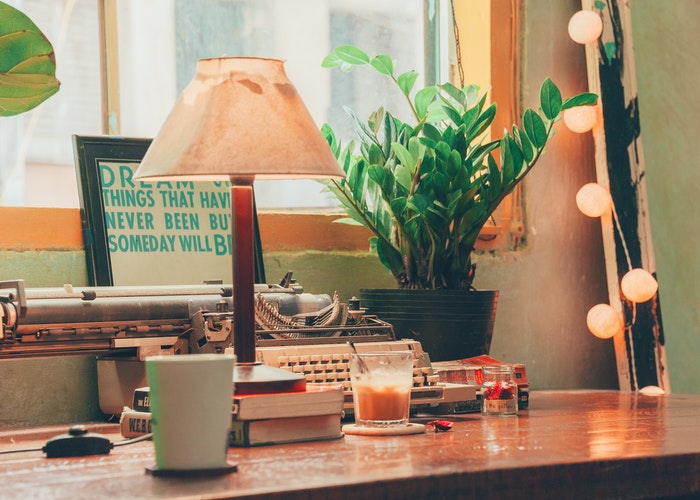 When I was 31 years old, I went through a layoff, two moves, and a tumultuous breakup with a long-term boyfriend —  all in the span of three months.

The financial and emotional drain was devastating, and it came at a time when most of my friends were married and living in nice suburban homes with their families. At the time, I was a never-married female and one without children, and I felt like my life had taken five steps back. At that age, breakups can be tricky because they sound juvenile, but a breakup can still create significant money woes — particularly because when you’re older, you’re likely living together and splitting bills. Er, were…

At that age, breakups can be tricky because they can create significant money woes. I quickly learned that I needed to take control of my finances with a strong arm.

Irony was at its best: I was a self-help and lifestyle writer, and I felt like the one topic I wrote about — happiness — was elusive, particularly when it came to a lasting relationship. Even worse? I was suddenly faced with $10,000 in renter’s penalty fees and needed to scramble to find an apartment I could afford on just my salary. I also had $3,000 in credit card debt and needed to readjust my lifestyle to live within the means of a writer’s salary, which is traditionally not lucrative. I quickly learned that I needed to take control of my finances with a strong arm.

I write about my journey in my debut book, How to Survive a Breakup: When all of your friends are birthing their second child and my blog, bypassing the peppy cheerleader attitude and accepting the reality of a temporary, crappy situation. If I can pay off debt and learn to live as a financially independent female — I feel like there’s hope for anyone.

How did I do it? Here are my realistic suggestions.

1. I started tracking every single expense.

I actually did this before my ex-boyfriend and I had officially broken up so that I knew where I needed to move (out of the city and into the county) and what I could afford (a small apartment by myself).

Yes, there are apps like Mint. But I’m old school and wanted to manually type in every single expense, so I created a monthly excel spreadsheet and readjusted my spending to ensure I spent less than my income.

Also, keep all of your financial notes in a safe place on your computer and in your home. You’ll learn how and where to save if you know where your money is going, and that’ll be easier if you’re organized.

2. I accepted that — temporarily — I needed to downgrade my life.

But remember, you’re upgrading your life for the long run. I say this with keeping the terms “upgrade” and “downgrade” generic. Financially, I downgraded my living space, yes. I had to move out of a very nice apartment afforded by two salaries and into the basement of a crappy apartment complex.

On a mental and emotional level, though, I upgraded my life by going through a breakup. I had a lot of emotions to process, but moving on as a single, independent woman allowed me the opportunity to redefine my own version of happiness.

3. I started meal prepping every Saturday.

Once I started tracking my budget, I realized how much the coffees and lunches added up. I went grocery shopping every Saturday and meal prepped that same day. When I waited until Sunday, nothing ever got done because I was scrambling to wrap up deadlines or prepare for the week.

Note: I’m an incredibly picky eater. I don’t eat seafood, pork, or much red meat. I’m lactose intolerant and also gluten-free by necessity, and I (sigh!) don’t enjoy cooking. All this to say, a) yes, my dietary preferences are a nightmare, and b) you don’t have to be a chef to meal prep, just someone who wants to save money. My recurring meals consisted of overnight oats for breakfast, mason jar salads and soups for lunch, and an affordable protein for dinner, like beans, eggs, or chicken.

Get creative: You can make fabulous Mexican bowls, frittatas, and grilled marinated chicken on a dime.

My version of self-care is the belief that consistently managed stress and discomfort can lead to accomplished, fulfilling goals.

This might not sound like a direct money-saving tip but trust me, it is! Work toward productive goals to keep yourself busy. You’ll be less apt to browse the Internet to spend money. My version of self-care is the belief that consistently managed stress and discomfort can lead to accomplished, fulfilling goals. Goals, like hitting the treadmill or writing your next book, require discipline but will pay off over time.

I have a day job, and I also work multiple part-time writing jobs on the side: I recently announced my book, run my website, and freelance. I maintain an exhaustive schedule, sure, but I earn every penny.

For my day job, I’ve asked for raises and received them. I have worked hard enough to have various colleagues come to me for contracted side jobs. You may not like every aspect of your job, but I assure you, you’ll like the incentives that come with hard work.

After my breakup, I adopted a rescue Shih Tzu poodle mix, Teddy. I certainly don’t recommend impulsively going to a shelter. But after some time and if it’s right for you, consider the many rescue animals in need of a home.

While it may seem financially counterintuitive, hear me out. Right now we’re at home, but we’ll eventually return to small get-togethers. A morning at the (free!) dog park will be healthier and less expensive than a bottomless mimosa brunch with friends. My schedule also became more regimented when I got Teddy because I spent more evenings at home playing with him. Best of all, I was able to give an animal who spent a year caged in a puppy mill a better life. Adopt, don’t shop!

Now I’ve not only paid off my debt, but I’ve since purchased my first house and have been a single homeowner (read: no roommates!) for four years, even affording luxuries like lawn service. Careerwise, I’ve recently financially invested in myself on a substantial level as a brand and business.

If you’re like me and going through new life transitions, it’ll all be OK, I promise. Life isn’t perfect but try to control — and protect — what you can, like your financial future.

Finally, stop and give yourself a pat on the back for picking up and moving on — and keep going, because you’ve got this.

Lisa Cleary is the author of How to Survive a Breakup: When all of your friends are birthing their second child. She is a tough-love self-help writer at www.LisaCleary.com, and has contributed to TODAY, NBC, HuffPost, Women’s Health, and Love What Matters. Connect with her on Instagram @lisacleary3