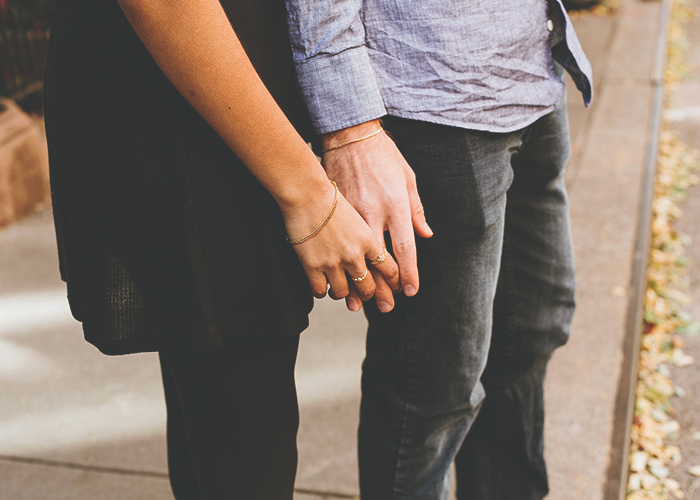 Time for another installment of “Mary Writing About Moving”. This time, I want to talk a bit about the financial logistics of merging lives with another human being. There is a lot too this, like figuring out exactly how and when and by whom all the bills will be paid, figuring out what expenses and responsibilities belong to which household member, etc. I will admit that my boyfriend and I haven’t had all of these talks at length yet, because we’ve both just been so insanely busy with other things that we haven’t had the time to figure much out besides the fact that a) we definitely want to move in together, and b) we’re pretty sure we’ll be able to figure all the rest out in time.

But last night, I was watching the How I Met Your Mother episode when Ted and Robin (almost) move in together, and on their first night in their shared home, they begin fighting over what things belong in their home, who has to get rid of what, etc. The two of them clearly had no such relationship talks pre-move, and it ultimately led to them realizing that their goals and values were so incompatible that they couldn’t work it out.

I don’t want to be in a Ted-and-Robin situation at all (even though they end up together in the finale episode — what the hell is up with that?), so I decided to stop and think about the specific money-related talks I need to have with my boyfriend before I move in next week. (Next week. NEXT week.)

That is, pretty much all tangible things, excluding money. I mostly need to know this for one inherently money-related reason: should I bring this thing with me, (or buy it if I don’t have it but know I need it), or do you have one I can use. Additionally, are there things of mine that you will be using often, that may toss us into a sticky situation should we decide to break things off someday. Which leads me to money-talk number two.

Obviously, you don’t get into a serious relationship (and you definitely don’t move in with your S.O.) thinking that there’s a really strong possibility of the relationship ending. But we know that breakups and divorces are v real things, so it definitely needs to be considered. So, if we’re sharing stuff, we have to figure out what happens to it if we ever stop being a thing (god forbid). This isn’t really important for things like dishcloths or toilet bowl cleaner, but it is important for things like furniture and electronics.

3. Now bout the money – to what extent should that be “ours” too?

My boyfriend and I are not equally splitting rent at the moment, because our incomes and other monthly expenses are very different. He makes a good amount more than me, but pays a hefty student loan bill each month. I make a lot less, and also have loans, and a car payment, which he doesn’t have. We figured out what we both ideally were able to afford in terms of rent, and decided that he’ll be paying pretty much double what I can afford (at least until I graduate) since my income varies month-to-month while I’m in school. However, this does mean that some months I have a bit extra to toss around, whereas his paychecks will be going mostly to rent and loans consistently. So, on the months when I have a little extra, how much should he be able to use my money, or vice-versa? Who should pay for what things? How do we decide who buys this or that thing that we both want/need? We’re not quite at the “merging bank accounts” point in the relationship, but if he had an expense he didn’t feel comfortable covering one month and I had a bit extra, I would be quick to throw the cash at him and not think twice about it. However, that mentality has gotten me into trouble in previous relationships. We’ve discussed it a little, and probably will a bit more during/after the move (which I’m talking about as if it is far, far away, and not next fucking week).

4. If something big changes, what will we do?

Meaning, what if I don’t find a job immediately after graduation? What if he royally fucks up and loses his job (which is an insane hypothetical, because he is an extremely hard worker – but it is always a possibility). Is our happiness deeply rooted in the fact that we are financially comfortable as a couple? Do we have the emotional strength as a couple to get through really difficult financial times, should we come upon them? I think so. This, of course, is one of those things that you assume is true, but don’t generally figure out until you have to — but it is definitely a good thing to discuss a little bit in advance.

5. What do you spend on? Besides “essentials”, what do you really value spending on?

At risk of outing my boyfriend’s insane dorkiness on the internet, I found out (when I was way too deep into the relationship to back out) that he is into a certain nerdy card game and had spent a good amount of money on it in his youth. Now, he has more than enough money, and a really good job – he never put himself into a bad financial situation for this game, and I don’t believe he ever would. However, knowing that is actually an important thing. When moving in and beginning to share a life with someone, you have to understand what is important to them, and what habits they have in regard to those things. For example: he likes this game, but doesn’t feel like he has the spare cash to spend on it at the moment, so it is on the back burner. I have a passion for clothes and fashion, but I’m currently not spending on things like that either even though I enjoy them, because I’m trying to save for other things. Knowing the little “extras” that we each like to spend our money on is important, but even more important is knowing how we will decide when money gets to go towards these things, and how much.

6. Where do you see yourself next?

Which sounds cliché, but it is super important. I need to know how temporary (or permanent) our living situation is going to be. Does he have plans to get a different job? Does he want to relocate eventually? Does he want a family? Does he want to live in a small, humble, minimalistic apartment forever with just the essentials?

Knowing that our further-future goals were compatible was obviously a huge contributing factor in my decision to date him, stay with him, and eventually make the decision to move in with him. But the actual moving-in makes it even more important to understand what he wants his next few moves in life to be, and how I factor into them – and vice versa. I obviously don’t want to pack up my entire life and move into his place if he’s secretly planning to do something in a few years that is in no way compatible with the life I know I want to have at that point. Relationships, especially ones that are becoming more serious, require a shit ton of communication, honesty, and figuring things out as a team. I think him and I can do this, and I’m definitely ready to start. As he constantly reminds me, we’re a squad – we’re in this together.