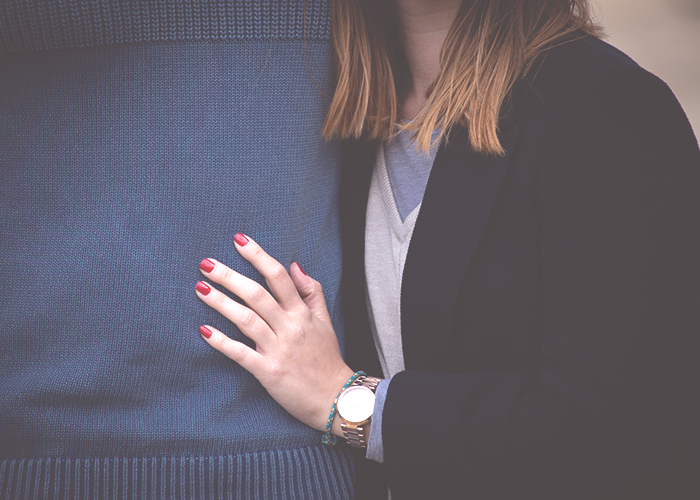 In the interest of being an honest and transparent citizen of the Internet and denying my primal love of making Online Mary appear happily flawless, I am here to admit that I am absolutely heartbroken. My long-term boyfriend of way longer than he deserved just left me, and I’m as shocked as I am shattered. But within my haze of crying through Friends reruns (when will I find my Chandler?) while eating Doritos (the ones in the purple bag because to heck with all the others) lies a true crisis: my post-breakup spending crisis.

A few years ago, I went through such a crisis. It was one of those personal mini-dramas that happen when you’re 20 and your boyfriend leaves you, and even though you spent the entire relationship hating him, you are now lonely as all heck and missing him, and hating every second wondering why you miss his mean ass. And then there’s the “finding yourself” phase, which requires a lot of money and hair dye, and subsequently causes a lot of regret.

I, like many others, have the sad tendency to spend to fill a void. And although this current void is extra huge and leaves plenty of room for some shiny new things, I’m determined to not get too wallet-happy while mourning my loss. Below is a list of a few of the post-relationship financial mistakes I’ve made in the past, carefully examined to ensure they don’t happen again this time around.

1. I bought a plane ticket to Ireland.

I still don’t really know why I thought that would be a good idea since I had no money and only a very vague desire to travel. It also costs a lot more than one would expect to be emotional and abroad at the same time. Comfort drinking and shopping are real things and are multiplied by 10 when you’re on vacation. This time, I will take no post-breakup trips that cost anything. Maybe a camping trip to disconnect from the inevitable social-media-stalking phase. But never will I ever again purchase a plane ticket to get over a dude.

2. I dropped my school schedule down to part-time.

Since my ex and I were students at the same university, the thought of a full-time class schedule breathing the same air as him made me nauseous. I decided to remedy this by dropping to a part-time schedule, which was stupid because it cost me way more because I paid per-credit, instead of paying one full-time student flat rate. I should have just taken that semester off if I truly couldn’t handle it (or perhaps just gotten my shit together and continued living my life???). Alas, I’ve lived and learned, and even though my new ex and I also are students at the same school (why must I always shit where I eat?), I have no plans to change my full-time class schedule.

3. I bought a lot of clothes I literally never wore.

My ex’s aesthetic was very “greasy-cool,” and I think I believed if I dressed myself in pricey shredded t-shirts that made me look like I never shower, he’d maybe reconsider dumping me. He didn’t, and I hate this collection of stupid band tees. I’m a freaking grownup. This time I will not purchase clothing to appeal to a guy. That’s like rule number one of being a strong broad, and I feel like I broke the code by doing that. Sorry, women everywhere!

Throwing back tequila at noon is very Meredith Grey-chic, but I really couldn’t financially or emotionally handle that lifestyle. It feels kind of cathartic to sit in a bar and wallow midday, but alcohol is expensive, and buying some at 1 PM and then again at 8 PM is more than my checking account can handle. And I wasn’t about to give up night drinking, so I had to give up day drinking. Going forward, I will never try to take that hobby up again, even though it is very, very tempting right now.

6. I bought tickets to events that I didn’t give a damn about.

Mostly because I knew my former ex would be there and I wanted him to know I was totally fine and having a great time without him. But I wasn’t. I was having an awful time at the punk rock show that I didn’t want to see but paid $40 to get in to. Moving forward, I will not pay money to go to local basements and watch the resident 20-somethings project their angst. It just isn’t for me. I also won’t pay any amount of money to attend any event my ex will be at to give myself the sick masochistic pleasure of seeing his face and doing absolutely nothing else.

This is only a very short list of the things I spent money on during my last breakup, though these are definitely some of the dumbest. And although I have sobbed literally dozens of times since I started writing this, I feel somehow optimistic that I can get through without putting myself into financial ruin this time. My name is Mary and I’m not well-adjusted enough to responsibly deal with breakups. Don’t be like Mary. No boy is worth disrupting your money goals.

Mary is a student, writer, and avid human. You can keep up with her emotions on Twitter and her dog selfies on Instagram.