The 7 Commandments Of Quitting Your Job The Right Way 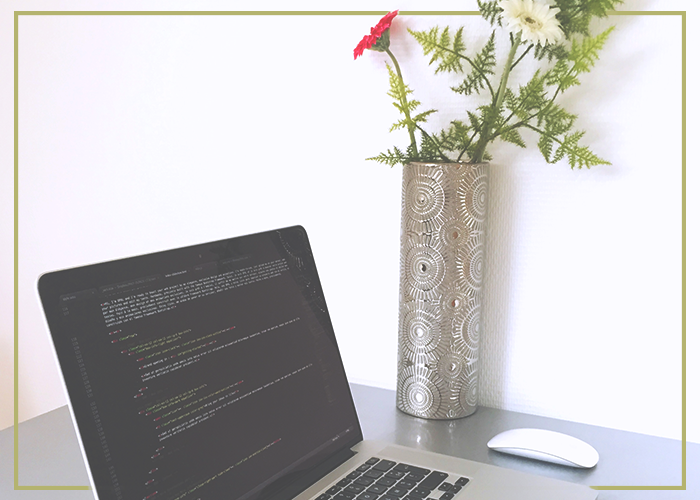 There is no textbook preferred method for quitting your job; there’s no roadmap that outlines how to carefully navigate the emotional landmines, the awkward interim interactions, or the tactful farewell email. As someone who recently quit her job, I’m familiar with the intersection of excitement and fear that one sits at when they have a new opportunity on the horizon, but need to get out of their current gig first. In the days leading up to my resignation, I was anxious about the dreaded ‘I quit’ conversation. I had worked so hard to build up a positive reputation, and I did not want a sloppy resignation to be my undoing. I knew that news of my exit would not be received with warm, fuzzy feelings by all, so I went into the situation not with the intention of winning everyone over, but with the goal of being a decent human being. As a result, I was able to leave a positive impression on my boss and coworkers, despite delivering unwanted news. I hope that the tips I’ve assembled will help you quit your job with such a level of decency and decorum that even your gossipiest coworker can’t talk shit about you.

Having the ‘I quit’ conversation is like breaking up with your significant other; awkwardness is inevitable, but in the workplace, professionalism is essential. I wanted to leave my company on a good note. With no intentions of burning bridges, it was important to me to be remembered as a great colleague, and I wanted my resignation to reflect that. While it’s tempting to avoid all weirdness and confrontation with a quicky “Hey Boss, (peace fingers emoji) out!” note, no one likes being broke up with via text message. I found that it was most professional (and appreciated) to break the news in person. I scheduled some time with my boss, leaving enough time in our meeting for him to react, digest, and ask questions while hopefully not taking up too much of his day as scheduled.

In my experience, I’ve noticed that millennials have developed a bad reputation among employers as job-hopping, ungrateful, idealistic twerps. I really didn’t want to fit this mold, despite however true it might be. During my resignation speech, I made sure to acknowledge the positive experiences that the company had given me. I was truly thankful for opportunities and growth that my job had provided and wanted to make that very clear to my boss. I focused on the positives and articulated how this career move was the next logical professional step, and not a negative reflection on the company.

I’d heard several horror stories about people quitting their jobs where professional conversations turned into verbal sparring matches and sob fests. I would not succumb to my emotions and become the urban legend of the company. Even if your employer gets nasty or passive-aggressive, or is simply trying to get a rise out of you, it’s important to resist the urge to blow up at them. To be honest, my boss was surprisingly understanding when I told him about my new opportunity; he was excited for me, but not everyone showed me such respect. One high-ranking team member even had the audacity to tell me that I was making a huge mistake, implying that I’d regret leaving. I typed out a nasty email response defending my choice and realized that what I’d most regret was losing my cool with an almost-former colleague. I took a few deep breaths, deleted the email, and calmed myself down before choosing not to respond to the email at all.

I knew going into my resignation speech that I was making the best decision for me. I had spent weeks deliberating my career path and determined that my professional ambitions extended beyond my current job. I was ready to stand behind my decision and would not be swayed by whatever form of skepticism my boss sent my way. To bolster my confidence, I prepared for the conversation like I would an interview; I anticipated his questions and readied myself with an arsenal of answers. My stoic and sure attitude kept me calm and conveyed to my employer and later, my colleagues, that I had not made any hasty choices with my career.

I understand that hiring timelines differ on a case-by-case basis, but I was fortunate enough to leverage some leniency regarding my future start date and had a period of four weeks between my new job offer and my start date. Typically, it is polite to give employers two weeks notice of your departure; however, I didn’t want to leave my team in a lurch and had the capacity to help them prepare for the void that I would soon leave behind. Upon giving my notice, I inquired about a possible end date, noting that I did have four weeks before my new gig started and would be happy to extend my time at the company beyond the typical two-week notice period. I found that my boss and team were appreciative of my flexibility. I was able to help on-board another team member, finish up my current projects, and leave the company on a positive note instead of in hurried haste.

After I quit my job, I still had three weeks remaining at the company, but it only took about three hours for my senioritis to set in. It was like I was back in college as a second-semester senior, and my motivation to work went out the window. Fighting the urge to do nothing was the biggest challenge after actually having the resignation convo. It took all of my energy not to mentally check out. But I had given my employer three additional weeks of my time to help with my exit and transition, and there was no way I could effectively do that while sitting with my feet up on my desk scrolling on Facebook for hours on end. I got myself in gear and took action in those three remaining weeks; I gave my final projects 100% of my effort, I provided required and supplemental trainings to the new team member, and I made sure that everyone felt comfortable with how I was leaving

While my experience with the company was positive, I, of course, had criticisms that I wanted to share before I left. However, there is a fine line between criticism and complaint, and the last thing I wanted to do was live up to the whiny millennial stereotype I’d heard so much about. My feedback took the form of an exit interview with HR, but I also provided some constructive criticisms directly to my boss. My criticisms stayed away from challenging coworkers and instead focused on high-level processes and cultural norms. It was not a bitch-fest about what I disliked about the company, even though it easily could’ve taken that forum; it was thoughtful commentary on how the organization could be better. Leaving your company in a positive light does not begin with hammering home the negatives.

Listen, I know these seven commandments aren’t super specific. They don’t provide a script for quitting your job, or a template for a resignation letter, and they certainly don’t answer all the questions you might have before leaving your current employer. But there is no one-size-fits-all when it comes to quitting your job, so the best you can do is be the best version of yourself. Not everyone is going to be happy that you’re leaving, but you can at least make sure they feel happy with how you’re leaving it.

*Norah prefers to use a pen name.