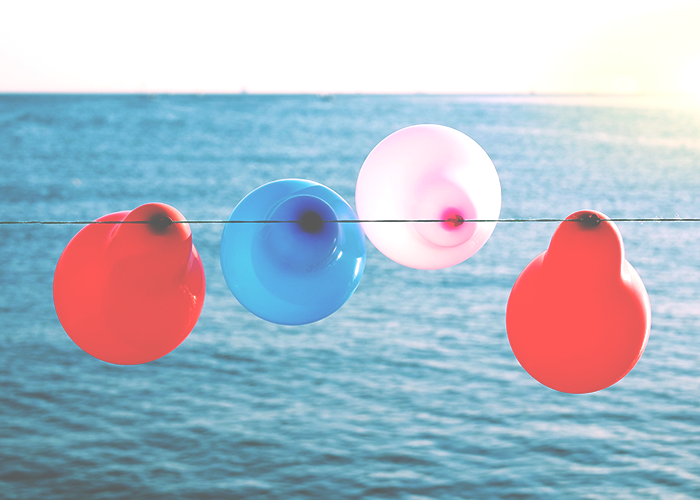 When it comes to “self-care,” there are a lot of truly insane purchases we justify in the name of “taking care of ourselves” and “finding a balance.” And while it is absolutely important to treat yourself with the same love and attention you would anyone else you cared about, it’s also not an excuse to go tearing through your checking account, justifying every irresponsible purchase with a mantra about how you need to treat yourself. Self-care is an important concept, but can often be wielded dangerously, if focused on things like short-term gratification, or personal happiness at the happiness of others. (Things like “hey, cancel on your friends last-minute whenever you want if that’s what you need to do to take care of yourself” are, at best, terrible life advice.)

For me, it’s important to look back at the things I bought specifically to foster my relationship with myself, and/or give myself a break from what I perceived as the anxiety/pressure/stress/crushing weight of life. Sometimes those purchases were totally worth it, and I’d do it again. But sometimes they were simply huge wastes of money, and didn’t leave me feeling much better in the process. For me, these were my seven biggest self-care regrets.

Masks that were not at all tailored to my skin.

I used to just associate “mask” with “instantly better skin,” and usually based my mask-buying decisions on whatever was popular at the time. If I saw some random on Twitter being like “ohhhhmyyyygoddd this Japanese white tea chickpea mask that costs $40 is the most amazing thing I’ve ever used,” I was like, uh, yeah, sold! And when I was in Sephora, feeling particularly down and self-conscious about my skin (though when am I not?), I’d pick up the one I heard about. This was a strategy that resulted in a depleted checking account, never-noticeably-better skin, and a fundamental misunderstanding of what masks are even supposed to accomplish. Now, at the very least, if I’m going to drop some money on a mask that makes me feel like I’m being given a face hug, I’ll at least get the one appropriate for my dermatological issues.

I used to think there would be something “fabulous” and “chic” about me having a giant mink coat I got for about a hundred bucks at a vintage store. I thought it would be the item that would make me embrace my self-confidence and start taking risks, sartorially and personally. In reality, I looked “insane” and “laughable,” mostly because the coat was about two sizes too big, and I never could wear it without a look of acute embarrassment on my face. I did not magically turn into this confident, fabulous, vaguely artistic person for owning the coat. I just spent 100 dollars to look like an idiot a few times, and then give it away. I’m not a fur coat person, and I know that now.

A literal year of gel manicures.

I spent a whole year and at least a thousand dollars on regular gel manicures, and all I have to show for it is (what feels like) permanently-weakened nails and a bunch of money missing from my savings account. I used to tell myself that I “deserved it” for how hard I was working, and that I could use that time as my sacred space to unwind once every other week or so. In reality, I spent it bitching about work with whatever coworker I dragged along with me, or scrolling anxiously on my phone. For the money, I could have at least gotten a good meal or something.

I used to think that it was decidedly body-un-positive of me to not own a bathing suit that felt risky/sexy, because it meant that I was somehow ashamed of myself. This meant that, this past summer, when I was sporting a recently-slimmed-down bod and a desire to prove to myself that I was trully ~embracing my curves~, I decided to get a one-piece with super-high leg holes (you know the 80s/90s kind that show your hipbones). It looked/felt great in the dressing room, my room, and when I was lying perfectly still next to a pool. It did not look/feel great when I had to move around or be around other people, because super-risky bathing suits mean being always a half-inch from revealing your coot (lel). Now, I’m no prude, but I’m also just not the kind of person who can pull off that kind of daring look. And that doesn’t make me body-negative.

“Taking care of my body” will never, for me, mean spending $100 a month at a gym I visited, maximum, five times total. I will never use the unlimited free classes, I will never be able to sit in a steam room for more than three minutes before getting grossed out and feeling like I’m suffocating, and I will never be a “gym person,” much less a fancy one. And making superficial gestures towards “getting fit” is not a self-care move. It’s a financially-destructive one.

Expensive travel for people who weren’t worth it.

I’ve had to learn the hard way in this life that if you are going to spend a lot on travel, it better damn sure be for someone who is worth it. If you’re dating that person, it better be relatively serious. If it’s a friend, it better be a good enough friend that they would (and do) do the same for you. If it’s a family member, it better be one who actually makes you feel decent instead of nagged/judged into a fine powder. Whatever the circumstances of travel are, letting yourself think that the idea of going to visit someone in and of itself is an investment in experiences and human relationships is faulty. It depends on the relationship, and sometimes, that money could be spent better elsewhere. (At the very least, on someone who will actually appreciate it.

Maybe I’m insane, but every time I’ve decided to “indulge” and spend a hundred bucks to get my makeup done, I end up feeling like I’m in stage makeup, and I never am quite happy with what they’ve done. They never really get my colors, and they always err on the side of “way too much” when it comes to color/shading. I would much rather practice a YouTube tutorial five times before an event and do it myself than leave it in the hands of someone who really, really wants to push me towards a smokey eye.