7 Financial Misconceptions About Living Abroad, From Someone Who Did It For Cheap 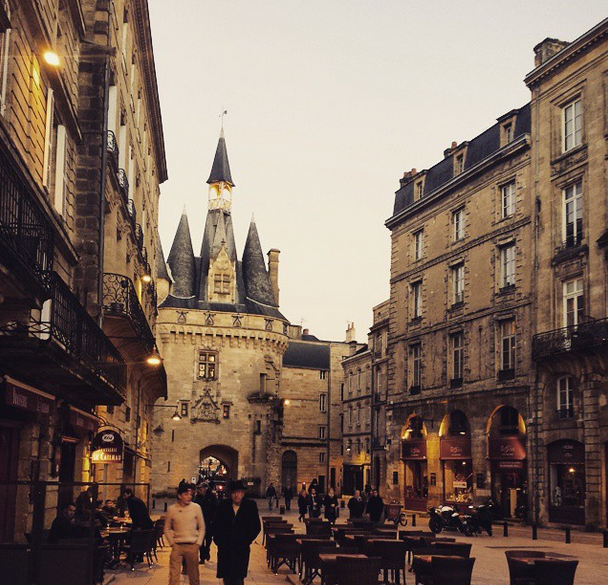 As some of you know (most of you? I don’t want to assume), I lived in France for about three years. I had traveled a bit before that, but it was the first time I’d ever lived abroad, and while my parents helped me with the initial push to get there (with some pocket money and the administrative costs), I supported myself, and for the first year, didn’t earn much money at all. I lived in Paris, so despite not being nearly as expensive as New York, it was still not some remote rural city where cost of living was negligible. I lived a “real” life abroad, for whatever that means, and it did not involve gallivanting around on mommy and daddy’s trust fund.

Here, the 7 biggest misconceptions people have about living abroad and money, from someone who knows they aren’t true.

1. You have to be studying abroad.

Totally untrue. While I know a lot of people who traveled through traditional study abroad — both during undergrad and grad school — that is far from the only way to do it. As you probably know, it’s (unless you have a great scholarship) one of the most expensive ways to live abroad, and often an environment filled with rich kids. I would never have wanted to travel that way for many reasons, not the least of which because my parents couldn’t (and wouldn’t) just cut me a check and tell me to fuck around in Europe for eight months. So I didn’t want to be surrounded by people who did. So while it is definitely a common way we think of getting to travel, it is certainly not the only way, nor the way that everyone prefers to do it.

A lot of people believe that, in order to study at a school in your country of choice, you need to do it through an American program which places you in one of the schools that has an exchange. This is very untrue. I did not go through an American school (my school was French-speaking, with few, if any, American students), and going through a “regular” school in the country usually costs a fraction of an exchange program (mine was about 2,000 dollars per semester). It does help to speak the language fluently, but it’s not one hundred percent required. I know several people with little grasp of the language they’re living in, who attend native programs as full-time students because most of the course work (depending on the major) is in English. In fact, all of the grad students I know currently are studying “natively,” and not through an exchange, and only some of them speak the language in question.

In some ways, being a student is the easiest route, and I do know — if I’m being honest — some people who just take on endless amounts of grad school to continue living abroad without having a career. But this is definitely not the only route, and I also know many people who have a huge variety of jobs in the country, and (if they want to learn the language) do so through more “organic” means, like meetups, tutoring, or just living and working in the country every day. Personally, I dropped out of school in my first year abroad, and continued to work and live in the country for another two years after that. The idea that you need to be in school, or only get a student visa, to live abroad is a totally ridiculous one, and often stems from being exposed to traditional study abroad programs that put you in that mindset.

4. Jobs are really hard to find.

When I first arrived in France, I paid for my life through being an au pair, which gave me a tiny studio, food, phone, and stipend as part of my contract. After a year, I was a freelance writer, and occasionally tutored English if I was low on cash. I know people who were English teachers, web designers, programmers, professors, marketing professionals, tutors, chefs, illustrators, tour guides, and many, many other jobs, all while living abroad. Never once in my time abroad did I not have a job, and though they all paid differently, they certainly were enough to get by. A lot of expats I know live extremely humble lives, money-wise, and I did too, particularly during my first year. But you have picnics and meetup groups and dinner parties and tons of other ways to fill your social calendar without having to spend tons of money, and while you might envy the study-abroaders whose lives don’t seem constrained by their high cost of living, working in your country allows you to carve out a beautiful niche of locals and other working visitors.

5. You have to have a job in the country.

For the last two years, I was on a “Visitor” visa, which is basically “you live in this country, and have enough income to do so, but it is coming from somewhere other than here.” This is a visa that exists in the EU and many other places, and basically enables freelancers/remote workers to live in the country legally as long as they can prove they earn over a certain amount (it’s not much, just more than the local minimum wage). If you are someone who could work from anywhere — and this is becoming increasingly the case — you may very well be able to do it abroad.

6. Living abroad is too expensive.

It can be. It is if you spend your days shopping, and eat out every night, and travel all the time during your free weekends. And yes, I knew people who never worked, jetted off to Italy or Spain every other weekend, and generally YOLO’d their way around the continent. But I lived there for three years and never took in more than 40,000 USD during that time (which took a big hit when converted to Euros), and it was never the end of the world. I traveled occasionally, I went out a lot less, I walked a ton, and I didn’t shop that often. I lived a (relatively) Spartan lifestyle, just in a different country. Most of the working expats I know do the same, I only know a few now who live that flâneur, perpetual-student lifestyle. But who cares about them?

7. It’s a logistical nightmare to get there.

It can be, for sure. But if you take a year to prepare for it, you can easily get it together. I think a good amount to save up, realistically, is about 5k, for a one-way ticket, administrative costs, and some cushion before you get your first paycheck/stipend/whatever. (Obviously you’ll need a lot more if you plan to just study and not work at all). But 5k is a little over 400 dollars saved a month, and if you’re starting from zero, yes it can be a lot. But think about all the ways you could save that money! There are a lot of options, from simply “going out really rarely and being super frugal,” to “moving to a cheaper apartment with a roommate, or even back home for a while.” I personally took on side jobs like babysitting and put everything I earned from that job away, no exceptions. If you decide you want to make the Big Move, a year is more than enough to prepare that cushion, and to take all the administrative stuff at a not-frantic pace. I decided about six months in advance that I was definitely going to go, and it was enough time to save up about two grand in panic mode, and get about the same in help from my parents. That’s definitely more than some people have, but it’s not totally unrealistic.

If living abroad is something you want to do, you should find a way to make it happen, and it’s not as hard as you think. My life was never glamorous abroad, certainly not when I got there (I had a total of 100 Euros of going out money for my first two months combined), but I loved every minute of it. The key is to get damaging notions of what “expats” should be out of your head, and accept that the cushy, study-abroad, I’m-just-here-for-fun life is unrealistic. (And besides, those are the people who go back having learned zero words of their new language besides “one beer, please.”) If you humble yourself, set your mind to saving, and open up your perspective of the kind of work you can do, moving to a new country is more than within reach. And you don’t have to go into heavy debt to do it.