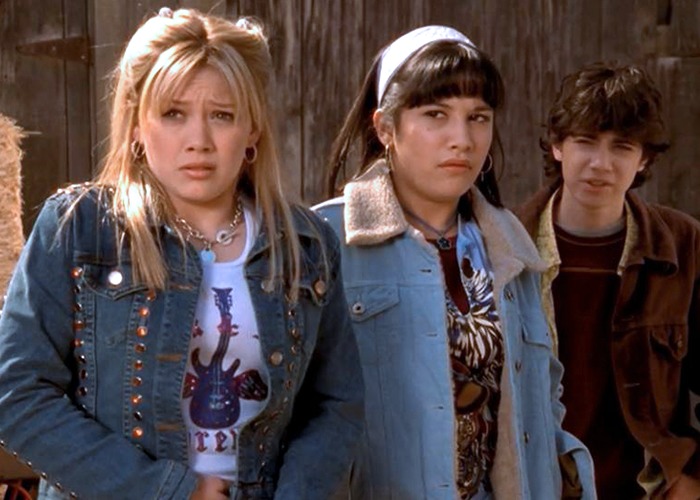 Peter and I have started keeping a running tally of the Canada Goose jackets we see in New York City. (When I say “running tally” I mostly mean we squawk at each other whenever we see one. Because it’s a goose!) They are easy to spot, once you know what they look like, because they are everywhere. One morning while out in the West Village, a neighborhood full of quaint facades hiding extremely expensive interiors, we counted more than 20. And it’s truly shocking to me how ubiquitous they’ve become among a certain faction of New Yorkers — I’m sure they are incredibly warm, but they are all but devoid of any kind of personality. Out in the wild, I only ever see them in black, despite being manufactured in a few different (though subdued) colors. Plus, most of the bomber jackets and parkas start around $800.

Of course, I can’t speak to the quality of this specific brand, and I do think a high-quality winter coat is a super important investment if you live somewhere cold (and can afford the splurge). But I just see so many of these coats specifically. The point of wearing a Canada Goose jacket is probably to stay warm, but it’s also undeniably to be seen with that red patch on your shoulder — to let the people know just how much you probably spent on that one coat.

I recently realized how much these coats’ popularity reminds me of the status symbols in my middle and high school. I grew up in the Northeast Atlanta suburbs in a pretty upper-middle class neighborhood. (My high school was pretty diverse, my middle school less so, and the neighborhood where I lived was mostly white.) My parents certainly did well for themselves, but they didn’t spend their money in the same ways others seemed to — we were one of the comfortable minivan families, not one of the Lincoln SUV ones. My mom has always loved shopping and clothes and certainly passed that on to me, but she never let me buy something simply because everyone else had it. I’m grateful for this now, but there were so many specific things that it seemed all the other (and usually “popular”) kids had that I was jealous of.

I’m often reminded of the often bizarre items that ended up being status symbols in my own adolescence, so thought it might be fun to take a little stroll down memory lane. (For reference, I was in middle school 2003-2006, and I graduated high school in 2010.) Here are seven specific middle school status symbols that still personally haunt me, despite the fact that I never owned most of them:

I’m talking very specifically about the chunky chainlink ones that clasped in the front (like this one). I’m not sure which came first — the opening shot of Elle Woods fastening her Tiffany heart necklace in Legally Blonde, or the same necklace being worn on the necks of WASPy 13-year-old girls everywhere. The closest I ever got was a knockoff version from Claire’s, which is definitely for the best considering the probably dozens of jewelry items I have misplaced in the last decade and a half. Now looking back, it feels like the entire point of them was to be instantly recognizable while still boring enough to fit with pretty much any outfit. Also, they were probably an excuse to buy something with the Tiffany logo without having to shell out for a diamond. (Chanel logo earrings definitely fall into the same category.)

Yes, in my Atlanta suburb, where we got about two and a half weeks of “winter” each year, bland-ass Northface jackets were a dime a dozen on kids from wealthier white families — most often black for boys and the powder blue color for girls. Occasionally you’d see an eggplant color or something, if the person was feeling super edgy. Kids also definitely took note if you were wearing a fleece jacket that happened to not have the Northface logo connoting a $100+ price tag. Why a bunch of well-off children in Atlanta really took to the aesthetic of an athletic wear/outdoor gear company while spending the majority of their time in air conditioning, I do not know. Northface still makes these jackets and they look almost exactly the same, which probably says something both about the timelessness of good sportswear and just how obsessed with blending in teenagers can be.

This one became particularly hilarious to me after I left for college in Vermont and found out the William H. Macy caricature of a Vermonter from Thank You For Smoking was quite based in reality. Again, why a bunch of suburban kids in Georgia grabbed onto a brand synonymous with granola outdoorsy-ness, I’m not sure. I actually did convince my parents I needed a pair of these and got some chocolate-brown mules for Christmas one year. They were invariably comfortable, and I wore the crap out of them for several years — at which point they really started looking like crap.

4. Polos with an Abercrombie & Fitch moose or a Hollister seagull.

Now here’s where you could inject a bit of personality: into the color of your polo shirt! I’m thinking specifically 2005-2006. Some kids would even double-layer their polo shirts and pop the collars up. The Abercrombie and Hollister brands were the lowest price tier to be deemed acceptable in certain circles. I never even loved polo shirts, but I’m sure I asked for one of these at some point. I definitely would not have bothered trying to acquire a logo-less polo shirt, because what on earth would even be the point?

Everyone seemed to notice the kids who took it a step further and wore “legitimate” polo shirts — another bland, unchanging institution of a wardrobe item that can easily cost you $80-100. Lacoste alligators were a dime a dozen, too. Maybe a lot of the kids I knew actually shopped at outlet malls, and I just never knew about it?

As with the Canada Goose jackets that have virtually taken over Manhattan, you’ll probably note that all of the items on this list up to this point are a little on the neutral/purposely inoffensive side. Not these purses, bitch! They came in all kinds of cartoonishly colorful patterns that I think back on fondly the way one might think of a Lisa Frank trapper keeper — like yeah that was fun but also, yikes! (I think I’m specifically thinking of the cartoon heart pattern, which I absolutely lusted after and, sadly, never obtained.) Granted, they made sure you still knew exactly who made each bag, either with a full-on repeated-logo print (ripping off the even-more-expensive Louis Vuitton print, I’ve always assumed?) or a decent-sized “Dooney & Bourke” metal plaque.

I actually did get one of these! My mom and I found it at the Saks outlet for like 70% off. It was dark purple and had an angel, and also the word “angel,” embroidered and bedazzled on the back. It was extremely comfortable and I wore it constantly. But I also can’t deny that, like every other girl in my school who had one, its biggest draw was that everyone seeing you wearing it would know exactly what brand it was. These were particularly popular among the girls I danced with, as the “sportswear” aspect made more sense for us. Though I’d be lying if I didn’t admit to wearing this ensemble to school, like, at least once a week.

This was trip down ~memory lane~, but I’ve realized just how big a part conspicuous consumption plays in our society and social lives — and just how early it starts. Of course, if you really want to buy yourself a Canada Goose jacket, by all means, do so. I just hope we all — myself included — realize what (and who) influences the personal spending decisions we make at every point in our lives.