Click here to get your tickets!
Relationships / Work/Life Balance 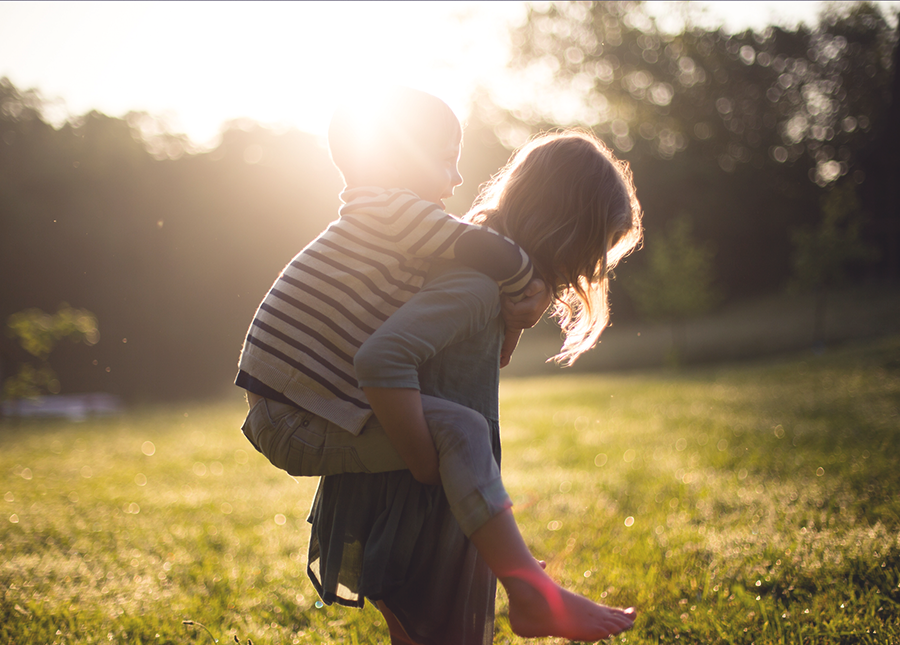 This post brought to you in partnership with Quotacy.

Here at TFD, we believe the golden rule of personal finance is taking care of your future you as much as you take care of your today you. It’s more than possible to learn little habits today that will pay dividends in the long run; obvious (and not so obvious) habits that will set you up for a better future.

It’s important to start putting money aside in a retirement account as early as you can, work at building an emergency fund, eat (mostly) healthy, and stay active to nip preventable health problems in the bud. These small, manageable steps make the biggest difference in your financial future. You can’t depend on winning the lottery, but you can make a budget, bring your lunch to work, and cut certain expenses in order to reach your long-term financial goals.

Making conscientious choices about the future is difficult enough when you only have yourself to worry about — what happens when you throw a child into the mix?

I’m not a parent, nor do I plan to be one anytime soon, but working in the personal finance realm means often pondering how someone might manage handling a life change that would inevitably overhaul their finances. For the vast majority, what’s worked in regards to budgeting before having a child definitely wouldn’t fly after. Priorities inevitably shift, and you’re bound to be in for some surprises, regardless of how far in advance you’d planned for this big, wonderful life change.

I asked my own mom what advice she’d give to new parents, especially now that her kids are grown, as she has the privilege of hindsight.

“Save for your kids,” she wrote me. “Save for you. Budget some ‘me’ time or date nights. Use auto-deductions — you’ll be surprised how much you don’t miss the money. Have enough life insurance so that if one of the breadwinners dies, financial devastation will not happen. And remain flexible; you may have to use your kid’s college savings earlier or differently than you thought. We had to use your brother’s college savings when he started sixth grade to get him in a school where he could learn and figure out the rest as we went.”

So many parents, I’ve found, will tell you that a lot of the big changes you can anticipate, but there are also undeniable little changes in how they handle money day-to-day—and those little changes make a big difference.

We’ve partnered with Quotacy, the life insurance brokerage agency that makes buying term life insurance super simple, to find out what to expect when it comes to managing your money after having a kid.

We also reached out to seven mothers to hear about what changed the most in their financial lives after becoming a mom. Here’s what they had to say:

Mom #1
“I have a two-year-old and am expecting again in September. Both my husband and I work. I spend much less money on myself and end up spending way more money on my son. Instead of making my Amazon wishlist longer, I’m adding to his. I think about savings for his college more than I think about my 401K, and am motivated to save for him more than myself. On the flip side, knowing he goes through clothes and shoes and toys quickly, so I pick up things secondhand from Facebook’s BST, other buy-sell-trade groups, or thrift stores. But for me, I hardly ever shop at thrift stores or buy used for myself. The logic is ridiculous, but somehow knowing he goes through these items so much more quickly means I know it’s better to buy used or gently used. I hardly do that with myself. Basically, being a parent makes you thrifty.”  – JudeAnn

Mom #2
“I’d say the biggest change is the percentage of money spent on myself. Even when gifted cash or gift cards from friends or family, I’d safely say 85% or more now is spent on things for my kids. Not for necessities even — I just find myself naturally looking for things to enrich their lives first and foremost.” – Alex

Mom #3
“Before I had kids, I did not have life insurance, a will, a 529 plan, or many of the expenses that come along with kids — diapers, daycare, clothes, etc. I also didn’t have much disposable income, because I was single and living alone in Chicago. After my husband and I got married, we had way more money — we thought! We quickly bought a house, then unexpectedly got pregnant. But we really never had a chance to plan or look back, and it’s all turned out more than okay. The moment I became a mother, I didn’t have to give a second thought to what the financial priorities needed to be: providing for my children was my first priority. I didn’t focus on my own wardrobe as much as I did before. I was more careful to avoid frivolous expenses.

“It didn’t take long for us to realize that if we wanted to continue to take trips or go to the movies, we needed both our incomes, and therefore, having life insurance was paramount. We wanted enough insurance to pay off the house and other debt and get the kids through college should one of us pass before that. We both figured if all that was covered, either of our salaries could suffice for disposable income. Honestly, our entire financial situation changed overnight with kids. Several new line items were added to the budget — daycare and diapers at first, then dancing and baseball, and always travel. I never considered not having a career…I really wanted one and had a lot of grad school loans to pay off, and quite frankly, both of us bringing home some bacon just gave us more options that we enjoyed.” – Jan

Mom #4
“My husband and I both worked before the baby and had below-average salaries, but enough to make it work. While pregnant, I was very sick and stopped working and we were still afloat with only one income. Post-baby, we realized we need a lot more than we did before. I took a job where I work the night shift. That’s not ideal for my relationship or well-being, but when you have kids, money feels so different. When it was just us, if we were strapped for a few weeks we’d just lie low and tighten our budget. Now, I have the responsibility to make sure that the money never is too tight to get my daughter whatever she needs.” – Margaux

Mom #5
“I always thought I wanted to focus on a career more than anything else, but I got pregnant young and ended up not finishing school. I had always put a lot of pressure on myself to earn money even if I ended up with someone who could fully support me, but since having my first child (and later having a second), I realize that what is more important to me is staying home with them. Childcare is more expensive than what I would realistically be earning if I worked, and right now, I value the time spent with them more than professional independence. When they’re older and in school, I will most likely work again. But financially, this makes sense for now.” – Ashley

Mom #6
“As far as budget priorities go, I’d say having a child is different because, unlike adults, children don’t inherently know what they need or even desire. For example, an adult knows if they are going out for the day what their schedule and budgets need to include — transportation, food, etc. With a kid, though, especially a baby or toddler, not only is it up to you as the parent to pack, prepare, plan, and execute, but you need to constantly account for the unexpected diaper blowout. If you know you have none left, you have to buy some now; or if the commute might take too long, you know from experience you need to bring enough snacks.

“The biggest expense that I didn’t expect from having children, like most parents, would be daycare. I have two kids who, luckily, no longer have to go, since my husband and I work different shifts. Because while paying almost $500 a week for daycare, my take-home pay after taxes and deductions would have been $178, so basically $4.45 an hour. You definitely need to learn flexibility with kids in the picture, but I wouldn’t change it for anything!” – Katherine

Mom #7
“Since becoming a mom, I’ve been hyper-aware of our budget and financial situation. I knew there would be a lot of unforeseen expenses, so we made a conscious effort to save as much as possible during my pregnancy. We also stockpiled staples like diapers and wipes when they were on sale, and used our baby shower as a way to get big-ticket items. Our son is four months old now, and we’ve been pleasantly surprised by how easy it’s been to stick to our new budget. We’ve cut down significantly on entertainment and going out to eat, and that’s helped offset our new baby-related expenses. I’ve also been breastfeeding, which has saved a lot of money. It’s been an adjustment, but not as tough as I had imagined.” – Jillian