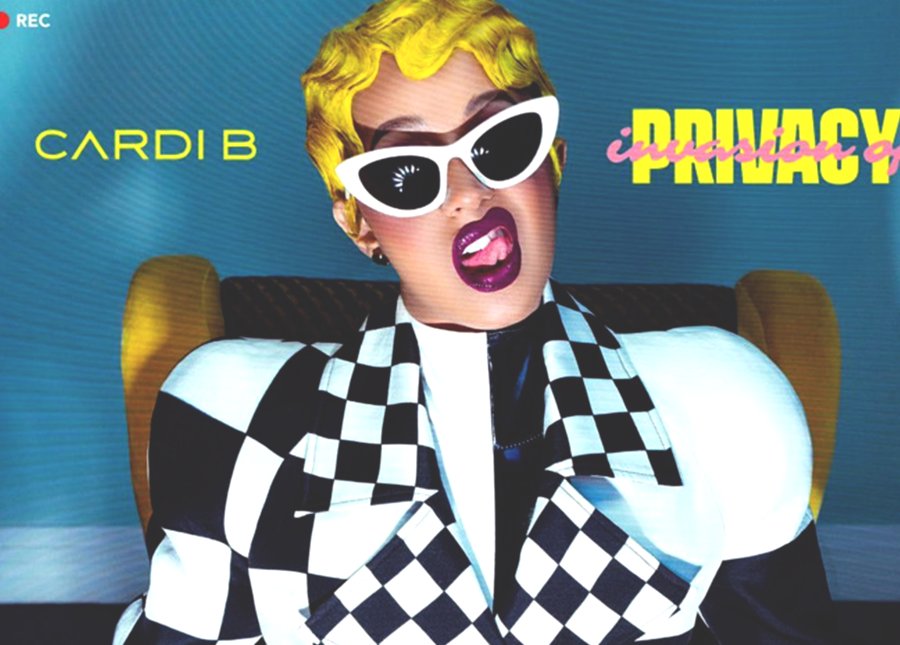 When Cardi B has finally released her debut album in April, she not only gave us several contenders for song of the summer, but also managed to dispense tons of advice about how best to secure your financial future and prioritize personal wealth. While a former reality star might not be the most conventional source for money management tips, Cardi has a lot to teach us about understanding one’s changing relationship to wealth, the importance of hustle, and navigating financial independence. Here are seven money moves cribbed from her album Invasion of Privacy:

In the opening salvo to her debut, Cardi gets right into the reality of her come up. She didn’t have the option of failing, because people were counting on her, so she chose to strip as a means to support herself. While not all choices are feasible for everyone, it’s worth remembering that sometimes it takes working a job in order to build a foundation for a career. By working as a stripper, Cardi B was able to pay her bills and gain the visibility she needed to become one of the most famous new rappers in the industry. For us, that might mean working at Starbucks while we write freelance at night, but the important thing is to remember that you need to survive today to succeed tomorrow.

Don’t let anyone mess with your money. Strangely enough, this is often a difficult lesson to learn until it’s too late, but it’s imperative to make sure that however you’re earning your keep, you should maintain total control over how it is managed. Don’t collaborate with unreliable or untrustworthy people, and do your due diligence before casting your lot in on risky professional projects. Some failures can’t be avoided, but you’re the only one who’s going to be homeless when you can’t make the rent. Cardi’s sentiments are clear: someone who jeopardizes your income is disrespecting you and your well-being.

This is a perfect lesson for the social media age: don’t risk your money by making reckless decisions. Every day someone new loses a job or gets kicked out of college for irresponsible behavior. We might not all be as rich as Cardi B or Offset, but we all have things we’ve worked hard for that we don’t want to lose. Keep it cute online and make sure you’re always abiding by the rules of professional conduct.

4. “Don’t matter if you fuck with me, I get money regardless.” – Bickenhead

My favorite way to interpret this in the context of financial stability is that you should always have options. People are fickle and often downright vindictive. Sometimes those people sign your checks. At the first sign of trouble (or even beforehand!), make sure to set up alternative income streams and side hustles so that even if someone compromises your income out of spite, you always have a way to cover your expenses. It’s a sad reality, but a negative work experience can affect your entire career trajectory and hurt future earnings. For stability’s sake, try to do whatever is necessary to ensure that at least part of your regular paycheck isn’t fully dependent on an employer who might go rogue.

5. “But never did I change, never been ashamed / Never did I switch, story stayed the same / I did this on my own, I made this a lane.” – Best Life

The latest thing millennials have set our elders hand-wringing about is our propensity to go into debt in order to keep up appearances and try to become social media influencers. While there are many Instagram stars who have proven that this career path is viable, there are many, many more who are burdening themselves financially for rewards that may never come. Instead, you should think outside the box! The most successful people are the ones who figure out how to leverage their existing skills and hobbies into money-making opportunities that don’t require thousands of dollars in upfront investment. Showcase a talent or skill or project, and look for free online courses that will help teach you how to market yourself. Nothing good can come from trying to keep up with the Joneses.

Don’t feel pressured to showcase your work before you’re ready, and don’t make the mistake of thinking social media visibility is the same as monetary success. It can be easy to get sucked into the FOMO of our Instagram feeds (I know I have!) and feel the pressure to “compete” in some way, but there are many paths to success and only a limited number of them require publicizing that work online. There’s nothing wrong with keeping your head down and working diligently under the radar to make your dreams come true. People underestimated Cardi B from the very beginning, and now she has a number-one album. Good things happen when you focus on your own work.

And lastly, this speaks to my personal philosophy about women needing to marry strategically with an eye towards wealth building. The reality of our capitalist system means that the most efficient way for women to build wealth is through direct transfers from men. Depressed wages coupled with negative stereotypes about women in the workplace combine to all but ensure that women will never earn what they are actually worth. So if the men in your life aren’t augmenting your financial future, what are they good for? This isn’t to say you should marry a man you don’t love, but you don’t need to be in love to sign your name to a marriage certificate.

In the end, Cardi’s perspective on money is informed by her life and her early financial struggles. Now that she’s richer and succeeding in her career, it’s interesting to look at the ideas that go into how she relates to her newfound wealth and what we can learn and apply to our own lives.

Image via Cardi B