7 Pre-Marriage Conversations You Need To Have With Your Partner 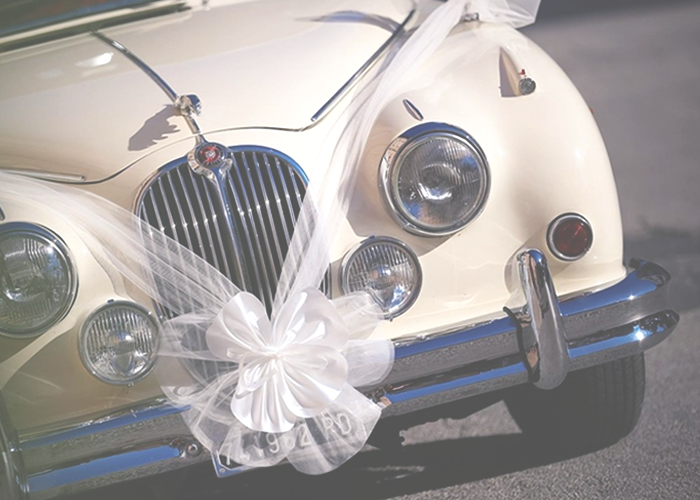 My parents had opposite views on money. My dad has always felt that money is meant to be enjoyed: he worked in the film business and when times were good, they were really good, so it wouldn’t be unusual for him to unexpectedly come home with a van or a boat or a brand new computer (which, in 1991, was a Really Big Deal). My mom is far more practical and, tasked with ensuring that six kids were fed and clothed regardless of how work had been recently, did not take kindly to dad’s spending habits. She fell in love with him for his spontaneity, generosity, and adventurous nature, but all of these qualities ultimately had a negative impact on their bank account. While their reasons for divorcing went far beyond finances, it most certainly was a huge source of stress in their 22-year marriage.

As I’m preparing to marry my favorite person on the planet, I’ve become keen on making sure that we are starting out on the right foot. In a world where money is the number one cause of divorce, it’s absolutely crucial that couples communicate clearly and honestly about finances. While it can be a difficult topic to broach, talking about money has brought me and my fiancé Conrad closer together and made us both feel better equipped to take the next step in our relationship. These are seven questions that have sparked conversations which helped us get on the same page about money.

1. What are your values around money?

Everyone has a ton of baggage around money, but most of the time we’re not taught to think about it. Some people want to save, but are really bad at it, and feel a lot of guilt and shame around that. Some see a positive balance in their bank account as a sign from God that they need an entirely new wardrobe. Some people feel sick every time they spend money on anything they haven’t accounted for because they see it as an affront to their savings goals. There’s no right or wrong answer here, of course, but it is important to evaluate where you and your partner fall on the spectrum, because if you don’t talk about it and it turns out to be at odds (like my parents!) then it can be a recipe for resentment and disaster.

The answer to this is not a deal-breaker — at least not for many people. Just because someone is in debt does not mean that they’ll ruin your financial future. But it is really, incredibly, super important to know what you’re dealing with. A few months ago I convinced Conrad to sign up for an account with Credit Karma so we could find out his credit score and figure out ways to raise it. I was shocked to realize that he had four collections out against him. He did not intend to keep this from me (and 2 of them he didn’t even know about) but he had a lot of guilt and shame around being in debt and it had never come up between us, so he never brought it up. Luckily it was an amount we could afford, so he was able to pay them all off within a month and we’re happier having dealt with it together. But the point is: never make assumptions. Ask questions non-judgmentally and be prepared to deal with the answer. How will you build a life together based on your combined financial realities? Start by talking about what those realities currently look like.

3. Do you have any savings I don’t know about?

This sounds creepily accusatory, but you might be surprised by what they tell you. I was shocked to learn that Conrad has a sizeable life insurance policy and has been diligently putting away toward retirement. While this knowledge doesn’t change our day-to-day finances, it did make me realize gaps in my own savings (maybe I should look into life insurance…) and give us a better picture of how we will prepare for the future together.

Having perfect credit is not a necessity, but if you have plans to buy a house, then you want to be sure that both of your credit scores will look respectable to future lenders. Fixing credit can take years, so you’ll want to start thinking about this long before you feel ready to purchase a home. If one of you has a much better score than the other, then you may be in a position to help them: I recently added Conrad as an authorized user to my oldest credit card and his score went up over 70 points. It will probably take another year of concerted effort to get us on equal footing but we’re well on our way to fixing his credit.

5. How do you treat yourself when you’ve earned a reward?

A facial is my favorite way to treat myself when I’ve accomplished something big. I love going to the spa and getting pampered, but I can’t usually justify the cost, so it’s my go-to reward. Conrad prefers to save up until he’s amassed enough to get himself something really nice, so last week, after receiving back pay from an old job that had put him through hell, he bought a bike. If I hadn’t already known this about him (and remembered all of the times when I said “you’ve been doing so great lately! You should treat yourself!” and him politely declining because now was not the time) then I think I would’ve had a pretty serious heart attack when I saw an $800 charge for a brand new bike on our joint card. Nobody wants to be with a partner who nags them about something they’ve worked hard for, and I reckon most people don’t like being the nag. Nip this problem in the bud by establishing expectations early on.

Ok, this is not a very good way of phrasing this, but it has been probably the #1 issue Conrad and I have come up against in our relationship. I am a saver. I own a house, a car, and two cats, and I know how quickly something can (very expensively) go wrong with any of those things. Conrad’s much more relaxed, and simply a far more generous person than I am. He thinks money should be enjoyed and genuinely gets pleasure from making his friends happy, so sometimes he’ll randomly pick up the dinner check for everyone at the table. While I love my friends, I find that money just complicates things, so I prefer to make sure that things are kept even and show my love for them in ways that don’t involve buying them stuff. So the first time he picked up a $300 tab for 9 of our friends, my heart sank to the pit of my stomach. I tried really hard not to passive-aggressively say anything about it, even though I thought it was a really dumb move. Finally I broached the topic and we had a long conversation about it. While I’m still uncomfortable with it, I came to realize that it really does just make him happy to spend money on his friends and that he only does it when he knows he has enough to spare. We’ve established that if he wants to treat his friends then it needs to come from his personal account rather than our joint money unless we’ve previously discussed and agreed to it. He can spend his money as he sees fit and while I may not agree with it, we’ve created boundaries that we are both comfortable with.

7. What are your biggest spending priorities?

My sister was recently telling me about how, in her relationship, one of the trickiest things she’s had to deal with is the increased grocery bill. She’s never been terribly interested in food and used to happily live off $50/month. But her partner loves to cook and host big dinner parties so she’s been struggling to stomach (lol) the $400 monthly grocery bill that they now average. Find out what your partner cares about, and figure out how that meshes with your own priorities. There will be times when you’ll need to save more by cutting expenses, so it’s important to be sure that you will be able to agree on what should get cut and what’s non-negotiable.

These questions aren’t comprehensive, and these conversations should be ongoing. Try hard not to let it turn into an argument: this is just a way to learn where your partner is coming from, so leave your judgments at the door. By creating space for these kinds of conversations and establishing shared expectations and goals, you and your partner will be better equipped to handle whatever comes your way.

Michelle runs a blog and an Etsy shop.