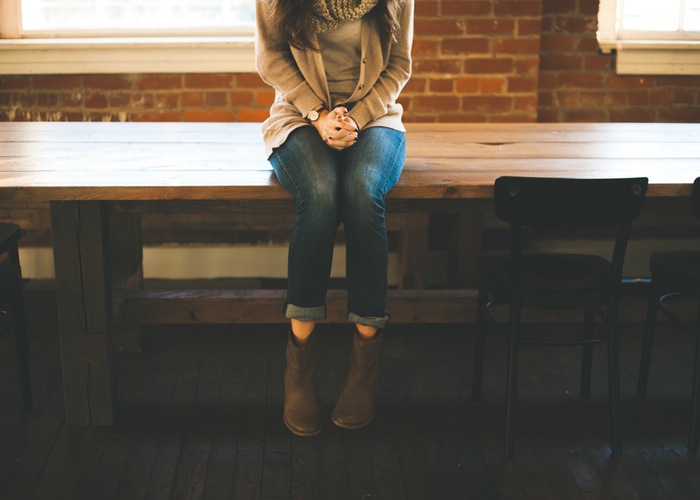 It takes a lot to get a job. Hell, one interview is a miracle. The weeks/months of trolling listings on quasi-legitimate job sites, and asking all of your friends and family for leads, will make even a tiny acknowledgement from a potential job feel special. So, how strange is it to, several months later, tell them you’re leaving? In the last year, I have left two different office jobs. Both decisions were valid (first a move out of state, and then because I was changing industries), so I don’t feel self-conscious about those transitions. To be honest though, it is rough to feel like you’ve wasted someone else’s time because things didn’t work out. However, I learned from both jobs, and can point to certain parts of each role that will help me succeed. And I think these lessons have led me to find work with my current job, which has an environment that challenges me everyday to perform better than I ever have.

Besides the actual jobs though, I learned a ton from the act of quitting. I have had several friends and colleagues around my age who recently needed to resign from their roles, and exactly none of us knew how to do it in a professional, honest-as-possible way. That total cluelessness pushed me to speak with more experienced professional women who had worked as managers, while also reporting to higher-ups. They acknowledged that quitting is sometimes necessary, but there is a strategic way to do it.

Here are my tips for leaving as graciously as possible, and still having enough energy left over to be excited about your job change.

Quitting can be touchy, and not everybody will appreciate your departure. You have to find someone who can be a good reference and contact. When you’re one of the newest people in your department, which I was, that person/group can be hard to find. From the very beginning of the job, look for someone whose dependable work ethic suggests trustworthiness and an objective concern for the job being done. That person will be your future ally because they can speak honestly about the projects you’ve completely — which, if you completed them well, will work in your favor.

This may go without saying, but you need to be extremely cordial and helpful to everyone in the office. You’re trying to scope everyone out. Finding someone to connect with at work can be hard. For me, it has happened when coworkers noticed the questions I asked, and followed up after meetings to help explain. The people that care about their work naturally share their processes, and from there you can find some common ground, and form a bond. And you’ll find it’s really nice to trust someone who is always working hard, and never talking shit.

If you’ve never seen the Sandra Bullock movie, let me give you a rundown on the career advice it gave me: Sandra Bullock was the guiding light in Hugh Grant’s work life. When she left, she gave him plenty of notice, she was present at her replacement interviews, and she worked hard until the end of her time there (that is, until they fell in LOVE). If you’re an at-will employee, and you don’t have anything in your contract about an obligated notice period, you should still offer your two weeks, in my opinion. For me, offering to stay longer than that has always resulted in a “thanks, but no thanks,” and ultimately a shortened period of stay.

Talk to your boss.

No matter what, you have to have an in person meeting with your manager. Request a short meeting, either by sending them a calendar invite, or stopping by when you know they’re not busy, and will be willing to chat. Be cordial, and frame your resignation respectfully. Express genuine gratitude for the fact that they gave you the chance to work with them. If your boss is out of town, communicate via email that you’d like a meeting whenever possible. If your manager is responsive to emails or voicemail, he/she’ll get the hint and get back to you. If not, you’ll have to go to your manager’s boss to get your notice processed according to your timeline.

This is not a tip that will give you a leg up—it’s just for your employer and you to have on file, and so HR can process the official departure. Besides being part of the process though, it’s a good “last impression” to have with your employer, especially if you opt out of an exit interview. Keep the letter short and sweet, stating the fact that you are resigning, the date of your last day in the office, and again, a line about your appreciation for the opportunity to work there.

Even though we know it’s so unprofessional, it is still tempting, especially for me. I find that I like to talk through those weird work situations to help me laugh it off, or determine if there’s an issue of legitimate concern. But it can turn into a gripe fest, and after a few of those, all you’ll be remembered for is your dissatisfaction with everything. Nobody likes an eternal complainer, least of all your employer. Know that your work history — both the good and the bad — is a path that makes you stronger. Publicly whining when you’re about to check out of a job doesn’t leave the right impression, and you’ll be grateful you held back when you, at some point, accept an even better opportunity.

Nicole M. Yerkes is a project manager who loves Excel shortcuts and doodling on legal pads. She lives in southern California. She is on Twitter.