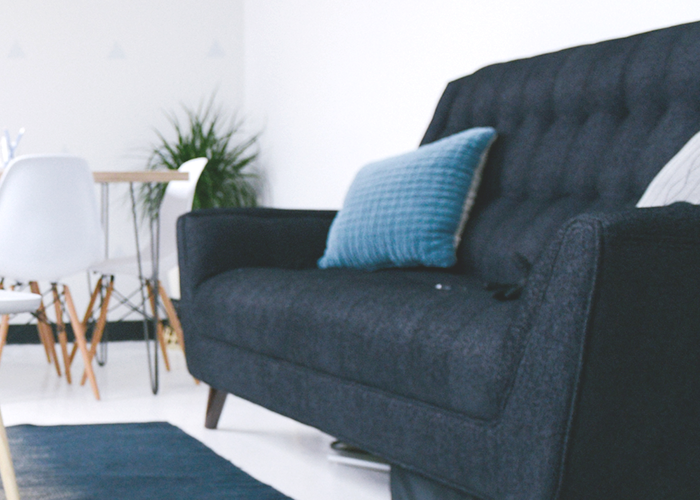 I like to think of myself as energy-frugal. Ever my father’s daughter, I opt to put on another sweater before I crank up the radiator; I turn all the overhead lights and lamps out before I leave any room; I dodge across the kitchen to turn off the faucet that my roommate leaves running while he’s distracted by reorganizing the pile of pots in our dish rack; I pad the bottom of my door with a towel when I’m running my air conditioning window unit to “insulate” the room, keep cold air from seeping out, and (in theory) run my AC for less time at a lower temperature.

I just got my energy bill for the first full month of summer temperatures. Suffice it to say, my father’s daughter was not happy with the number: it was 50% higher than our typical electricity bills in spring, fall, and winter. You know how some people hate-watch Game of Thrones? (Yes, there is an official Wiki page for the term “hate-watching.”) Well, I just hate-researched energy conservation hacks.

The biggest takeaway? This Mother Jones article explains that “nationwide, our idle gadgets and appliances suck up 100 billionkilowatt-hours of electricity—enough to power nearly 8.7 million homes—at a cost to consumers of about $11 billion.” With all our AC units merrily churning away in the July heat, I’ll quit mincing words and share the spoils of my search:

Let’s start with the good news. This well-researched yearly price breakdown from Forbes takes some of the alarmist sting out of charging your little friends. According to their wattage calculations, charging your phone, iPad, and laptop on a daily basis for a whole year costs approximately $10. I highly recommend reading the full article — their price comparisons between devices’ energy consumption are eye-opening.

Energy.gov explains that when HDTV cable boxes are completely turned off but still plugged into your apartment or home electrical outlets, they suck up 17.83 watts of electricity. If you left your cable box turned off and plugged in for one year, that “passive” device would add $17.83 to your electricity bill. This, of course, doesn’t take into account the sharp rise in electricity consumption when your cable box is on. To learn more about circumventing these costs, check out the article!

The folks at How To Geek provide a sobering rundown of the electrically-vampiric DVR cable box: approximately 446 kWH per year. That number doesn’t mean much, out of context; to give you an idea of how egregious this wattage suck is, refrigerators consume less than DVR cable boxes (fridges clock in at about 415 kWH per year). The article notes that the National Resources Defense Council discovered that the national power bill for all U.S. DVR cable boxes was “Three billion dollars (two billion of which was wasted on the approximately 16 hours a day the devices sat idle).” Check out the rest of the article to find out A) how the hell this is possible, and B) what to do about the little vampire sitting on top of your very own T.V.

I’m biased, but these things are evil. This Polygon article compiles research about how much energy gaming consoles use on a yearly basis (not to mention emotional energy…one of my greatest pet peeves in life is trying to speak to someone who’s playing Mario Kart). As I’m still nursing a childhood grudge against Nintendo, I’m not going to get into the yearly price differences between consoles. But you should absolutely read the article if you’re an owner; the energy suck is insane. The three existing “generations” of major gaming consoles (what are we, the Brady Bunch?!?) rack up $1 billion of power bills across the U.S. each year, “with 40 percent of it — $400 million — going to electricity that’s wasted while the consoles are in standby mode.” TALK TO THE HAND, MARIO.

Because the cost of heating your water varies so widely and depends so heavily on personal usage, heater model, etc., I want to show you this nifty energy cost calculator for electric and gas water heaters. Plug in your best estimates, and prepare to take shorter showers!

This CNET article provides a yearly and mostly cost breakdown of a bunch of T.V. models. The big takeaway? Buy an LED T.V. and…stay away from the plasma! (Which sounds like a line from a 1950s, B-grade horror movie). Though the cost of certain models is negligible (especially if you don’t watch for hours and hours every day), plasma models are far more power hungry than LED sets.

Though the cost of using one lightbulb might seem negligible, think about how many lightbulbs you have installed all over your house…more than you think, right? Energy.gov compares the relative costs of using traditional incandescent bulbs and new, energy-efficient models (CFLs and LEDs). The added bonus? CFL and LED bulbs can last anywhere from three to 25 times longer than a traditional incandescent bulb. More savings? Check!