7 Unrealistic Expectations To Let Go Of In Your 20s 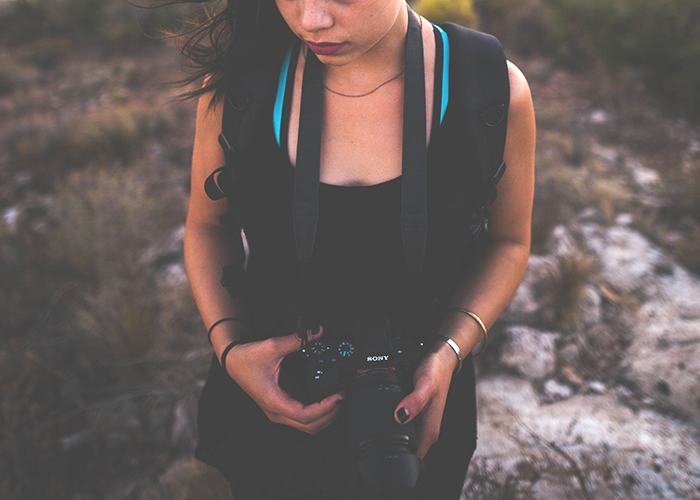 When I was six years old, and my brother was about to turn eight, I had this idea that the second you become an 8-year-old, you suddenly become big and teenage-like. For some reason, 6-year-old Mary was positive that eight was the big age you become a “grown-up”.

But when my brother woke up on his 8th birthday looking exactly the same as he did the day before, I learned about how you have to be 18 to be a legal adult, and probably won’t feel like one until you’re somewhere around 40. I’ve been trying really hard to lower my expectation of waking up one morning and suddenly feeling like an Adult who can handle anything. I always imagine my parents had a shift at some point in their young adulthood where they finally ~became grown-ups~ and then magically knew how to do their taxes and buy a house and clean the shower even though it seems like it should be self-cleaning. But it seems that there is no “shift” that brings you suddenly, magically from child to adult. You just have to figure shit out as you go on, fake it ‘til you make it, and (if you’re a parent) try to convince your children that you have it all under control. It isn’t ~adulting~ — it is just living life.

2. Having the perfect wardrobe.

Maybe it is the fashion-lover in me, but I always feel like my closet is incomplete for one reason or another. I love every single item I have in there, but then I’ll pass someone on the street wearing something totally chic-and-adult that I don’t have, and think “Damn… I need that to complete my grown-up wardrobe.” But the truth is, (obviously), clothes don’t make the person. Having a coat that is a slightly-chicer and slightly-updated version of one that I already own isn’t going to make me a more powerful woman as I enter the working world. And, if I do buy the thing that I think will complete my wardrobe, another item I absolutely need will surely pop up a month later, and I’ll be exhausted by the fact that the closet never feels “done.” I have needed to let go of the “perfect wardrobe” idea, and settle for “I love most of my shit, and can’t have everything I want because I’m simply not a billionaire.”

3. Knowing exactly what you want to do as a career.

One of my favorite things my boyfriend says constantly is “I don’t know what I want to be when I grow up”. It sounds kind of sad, like something a stressed college sophomore would say while hesitating to pick a major – but it is funny when he says it, because he’s actually a Capital-D Doctor and doing really well for himself in his career at the moment. It feels like there is so much finality when it comes to picking a career path, and it is so scary, because growing up, I rarely had to make a single slightly-impactful decision in my life. It is comforting to know that someone who went into so much debt and went through so many years of school and training still allows some room for flexibility in his future-life. If he becomes unhappy or unfulfilled in his career, I believe 100% that he’d find a way to move on and do something that made him happier. It comforts me so much, and inspires me to not be so terrified that choosing (or not choosing) a career path to follow is going to be a life (or death) sentence.

4. Maintaining all of your close friendships.

Driving through my hometown last night, I pointed out a bunch of places where I had memories from my childhood and teenage years. My boyfriend asked me if I was still in touch with any of the people I mentioned from my youth, and that’s when I realized that not a single person I’d grown up with was in my life anymore. It is sad when the people who were once your whole life become people you forget you haven’t seen in seven years, but it is a part of growing older and starting your adult life. You’ll probably maintain some close connections with the super-special friends who make the cut each time your life changes, but it is more stressful than anything to try to maintain ties with each high school friend as you venture into your adult lives, even when it is clear you have no business being in each other’s lives anymore.

It is important to acknowledge that these things actually do change someone’s life a lot. Friends who start families before you may experience a shift in priorities, and you’ll find your friendship shoved somewhere on the back burner. It doesn’t mean their priorities are more or less important than you and yours – it just means that, for the time being, your priorities may not match up as well as they did before. People swear up and down that nothing will change when they get married, or have their first baby – but they often do change, and that is totally okay.

6. Having your shit together, or being a complete disaster.

I’m currently trying to strike the perfect balance between being close to my parents, and being my own adult human. I sometimes feel like I still need to refer to them for things, like where I’m going and what I’m doing, and I feel guilty for spending days in a row with my friends and not talking to them quite as frequently as I used to. It feels like you either have to pick a) leaving the nest entirely, or b) staying a child forever. But the truth is, there is a balance. You can move on, move out, have an adult life, and still maintain a relationship with your family that is similar to what it was before.