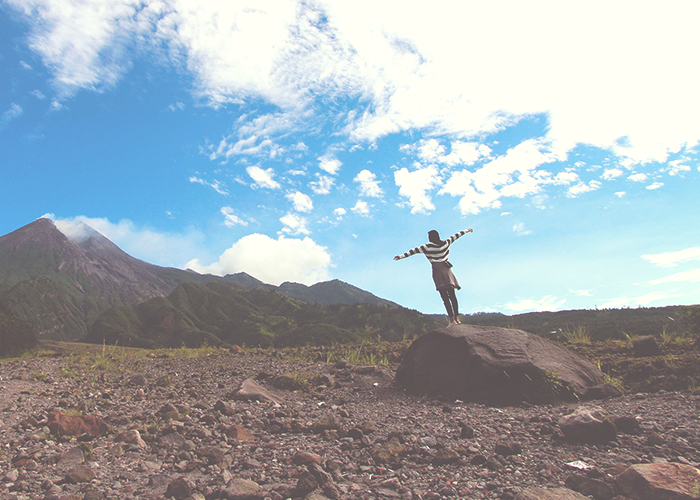 As I look to a lot of friends and peers in my life for advice, I’m often slightly terrified by what they tell me. I have a lot of ideas about the future, and I definitely have a few things I hope will happen, and a few things I’m really counting on happening. But what if they don’t? What if I can’t find a job in my field? What if I can’t figure out what field I even want to be in? What if I never do? What if my love life doesn’t fall perfectly in place like I’ve always hoped it would? What if I don’t ever own property, or have a checking account that goes above three digits?

I’ve done a really good job at separating my “right now” life with my “post-grad” life, and tend to see it as this faraway time where everything will magically fall into place and work out. However, as it creeps closer and closer, I’ve been faced with thoughts about what could possibly disappoint me post-grad, and how the heck I’ll deal with it. I decided to ask around and find out what a bunch of different post-grads found to be their biggest disappointment following their graduation. It didn’t exactly help my graduation-anxiety, but at least I’m getting a better idea of what I can expect (and what I shouldn’t expect) my life to look like post-grad. Here’s what everyone had to say.

1. “My biggest post-grad disappointment was the immediate realization that although I had finished undergrad, I was far from being truly ‘post-grad’ because I definitely needed to go back for graduate school. I wanted to be done with school so badly but I realized that I really do need further training and education to succeed in my field.” — James

2. “Being done with school sounded super-fun because I felt like without classes every day I’d have time to actually do fun stuff. Nope. Class just gets replaced with work, and work is much harder in my opinion. At least with classes I could decide at my discretion to take a day off here or there for a fun activity, or take a sick day if I wasn’t feeling great. Now there are a lot more hoops to jump through to get a second off from work.” — Cara

3. “For some reason I assumed I’d find ‘the one’ and fall in love once I finally graduated. As if that’s actually how life works. Like I imagined I’d hit this milestone of graduating, and then the next would magically follow. But – lol – I’m still single.” — Hannah

4. “That the job market didn’t open up like we were told it would ever since we were kids. Teachers and parents and any adult led us to believe that with a college degree you would be ushered into some private club where employers would fight over you left and right. Instead, there are no jobs, and the jobs that do exist are so specialized that it is literally impossible to get the job unless you get extra certifications or have a decade of experience. I remember at one point while job searching post grad my dad told me to get a job as a librarian since I like books. I had to explain to him I would need at least a bachelor’s in library science but most librarian work now requires all this prior experience doing clerical work or other things. And librarian jobs are few and far between because people don’t leave the jobs until they’re like 90.” — Andrew

5. “I’d always suspected that many of the lessons I learned from college, aside from social ones accrued in such an environment, would not necessarily be as valuable as advertised. I just had a sneaking suspicion that a lot of the time spent learning everything I did, while valuable, could have been spent just jumping headfirst into my industry. And graduating confirmed that. Most of what I know to do at my job right now, the do’s and don’ts, were accrued on the actual job. A comfort with the environment was gained from college, for sure, but the actual insight I gleamed over four years ended up being of minimal value compared to what I would learn within a month in an actual professional. Maybe that’s how it’s supposed to be. But it’s still slightly disheartening” — Ryan

6. “I’d say the biggest disappointment has been trying to find job openings in my and nearby towns. Most of the jobs are like 1-2 hours out of the way, if not more — like out of state jobs. It’s understandable but I’m shocked there are no openings near me. I want to stay in the area, so I should have checked that situation out beforehand.” — Mike

7. “Biggest disappointment would probably be job related. I’m in Social Work, and you don’t really realize how hard the job actually is until you start, and it’s a big transition from learning to doing. Also, nowadays it takes a lot more than a bachelor’s to get a job, some places expect you to already have at least 2 years of experience but want to pay only $30,000 a year, sometimes even less.” — Katricia

8. “My biggest post graduate disappointment is probably college in general, to be totally honest. You get out here, and start looking for jobs – and whether you get one in your field or not, what I’ve realized is the only thing getting a liberal arts degree really does is help employers decide if they want to train you to do whatever it is that they’re hiring you for. Even if you’re trained in whatever it is, that’s like 10% of the actual job. Most what you do is something you’ll learn in the first few weeks. Then again I have kind of a strange vantage point. I was an environmental studies major, but I work as a reporter for a tabloid. So I guess it makes sense that I had to learn a lot of what I did as I went. I kind of wished I realized that personal aptitude is a much more significant determining factor in professional success, rather than classes taken, or what school you went to.” — Sam